A multi-disciplinary group of researchers from around the world received $26.5 million from the National Institutes of Health to pursue a completely new strategy for curing HIV. The team is led by Melanie Ott (center) from Gladstone Institutes, as well as Susana Valente (left) from Scripps Research in Florida, and Lishomwa Ndhlovu (right) from Weill Cornell Medicine.

Over the last 40 years, HIV has shifted from a deadly and mysterious virus to one that can be controlled with daily drugs. But attempts to completely eliminate the virus from the bodies of people living with HIV, curing them for good, have failed.

Now, with a $26.5-million grant from the National Institutes of Health (NIH), a multi-disciplinary group of researchers from institutions around the world is trying a completely new strategy for curing HIV. The group, known as the HIV Obstruction by Programmed Epigenetics (HOPE) Collaboratory, will be led by researchers at Gladstone Institutes, Scripps Research Florida, and Weill Cornell Medicine. Their approach, which aims to both silence and permanently remove HIV from the body, takes advantage of knowledge about how other viruses have become naturally inactivated over time.

“This is a fundamentally different approach to targeting HIV than what everyone else has been trying,” says Melanie Ott, MD, PhD, director of the Gladstone Institute of Virology, and the program director and a principal investigator of the HOPE Collaboratory. “I think it’s extremely important for us to explore a broad range of scientific approaches to find the best cure for people living with HIV, as quickly as we can.”

The HOPE Collaboratory is one of 10 groups awarded a 5-year grant under the Martin Delaney Collaboratories program, the flagship program on HIV cure research at the NIH. 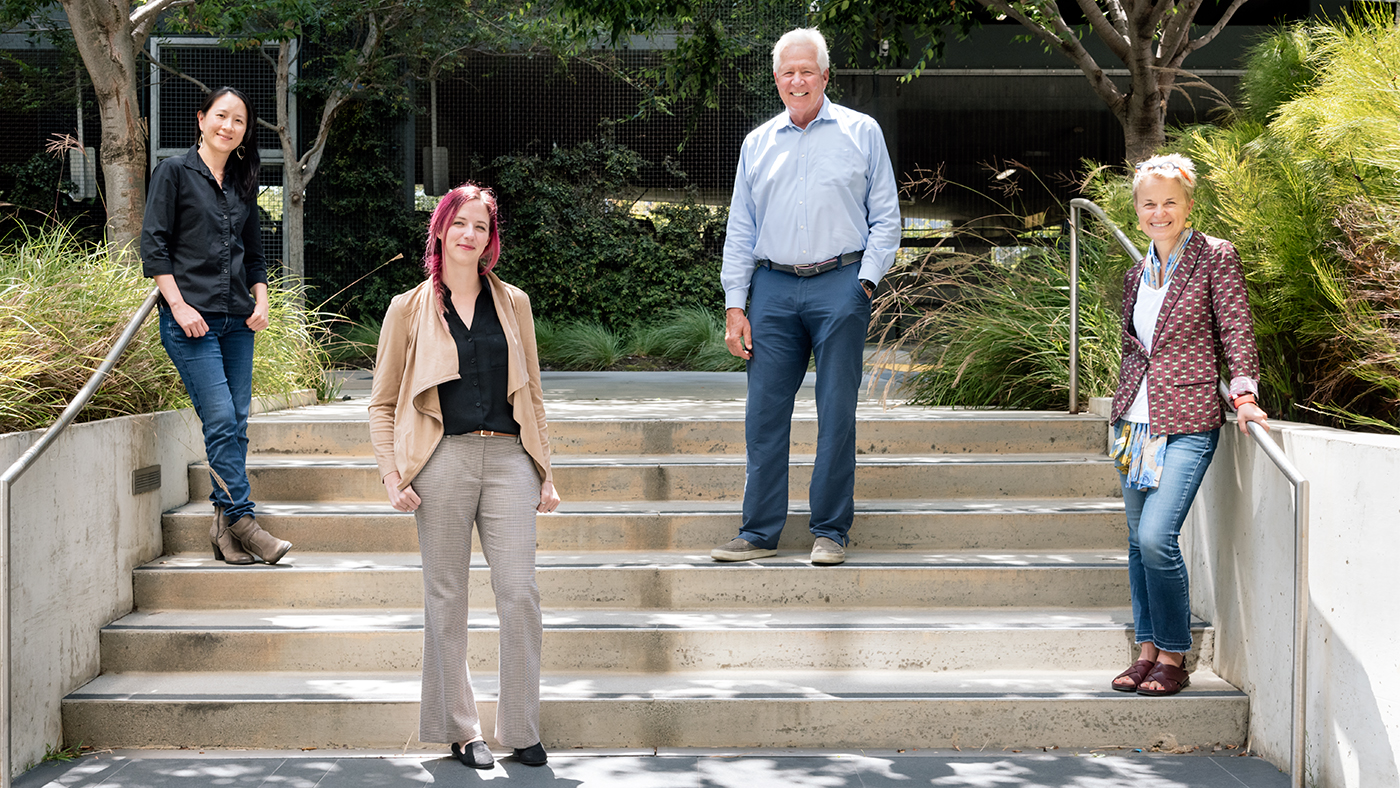 The HOPE Collaboratory is searching for a cure for HIV. At Gladstone, the team includes (from left to right) Nadia Roan, Danielle Lyons, Warner Greene, and Melanie Ott.

HIV is notorious for its ability to hide in a latent state in immune cells; while latent viruses don’t cause overt symptoms or full-blown AIDS, they can lead to long-term health complications for those living with HIV and can’t be targeted with standard antiretroviral therapy. Moreover, a lapse in this daily therapy can lead to a rapid rebound of the infection.

Most attempts at curing HIV have centered around purposefully reactivating the latent virus in order to flush it out in the presence of antiretroviral therapy—an approach called “shock and kill.” But researchers have struggled to reactivate every copy of the virus in the body, or at least, to do so without severe undesirable side effects. And even a small remaining reservoir of latent virus means that someone living with HIV must remain on daily treatments.

The researchers involved in the HOPE Collaboratory are calling their new, alternative tactic “block-lock-excise,” and it targets latent HIV in new ways, without reactivating it.

The inspiration for the “block and lock” part of their strategy comes from ancient viruses that have integrated themselves into the human genome over millions of years of evolution. HIV also integrates into the genome of a person living with HIV. However, unlike HIV, the ancient viruses remain in a silenced state or are defective.

Researchers have found that these ancient inactive viruses are missing several genetic elements that HIV contains. Two particular elements—a sequence of DNA at the start of HIV’s genetic code and a protein called Tat—are needed for latent HIV to reactivate and begin replicating. 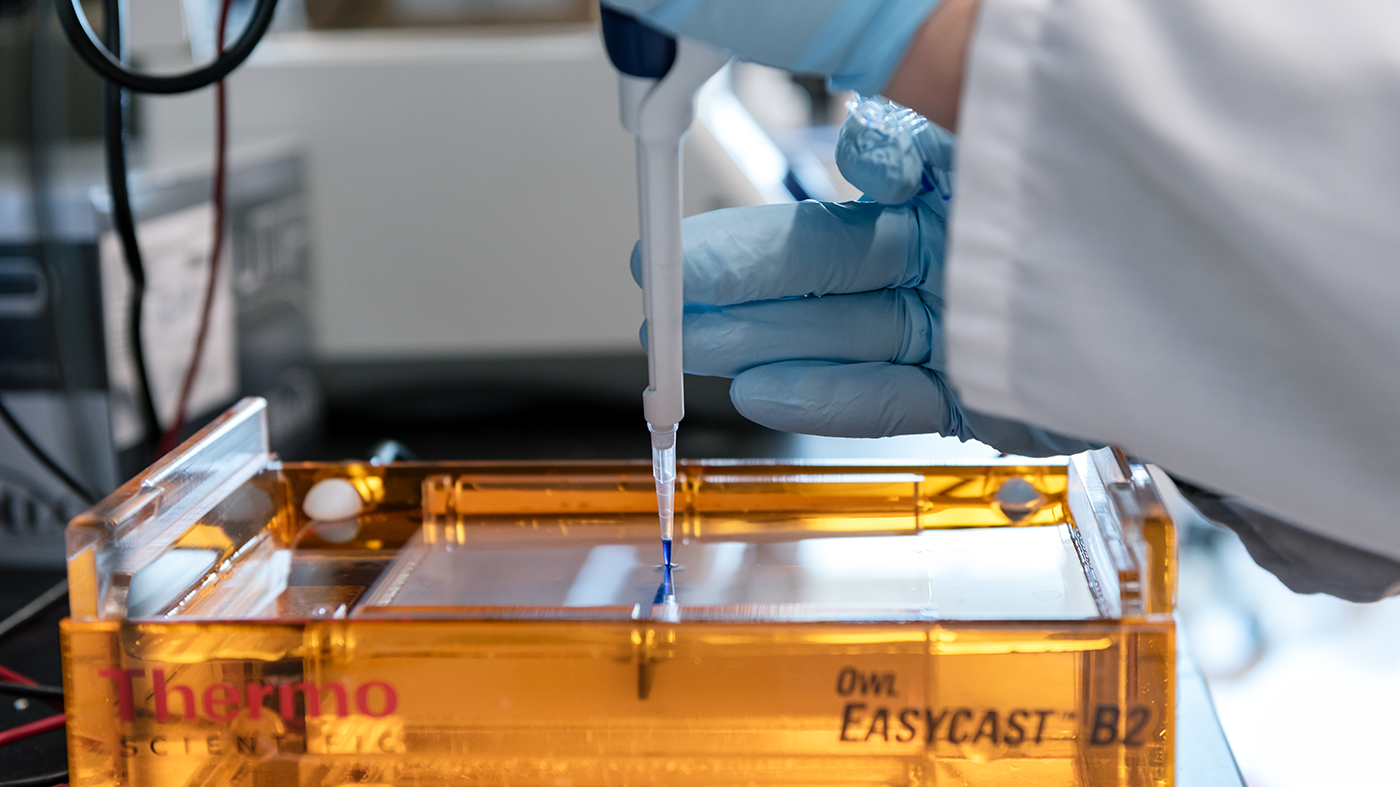 The scientists are testing drugs that would permanently silence HIV without the need for daily antiretroviral therapy.

“We have shown that blocking Tat with certain drug-like small molecules can lock HIV in its dormant stage, and this block stays in place for some time, even if antiretroviral therapy is interrupted,” says Susana Valente, PhD, one of the principal investigators of the HOPE Collaboratory and associate professor of immunology and microbiology at Scripps Research in Florida. “With the ‘block and lock’ approach, we basically want to push HIV into becoming like a harmless, ancient virus.”

Using drugs to block the elements needed for the virus to reactivate could shift HIV from a transient latent state to a robustly silenced one. The drugs would not only impede the Tat protein, but also alter the three-dimensional structure of the HIV genetic material, making it harder for other proteins to access the HIV genes and turn them on. This dual strategy, the HOPE team thinks, could lock HIV into a silent state for good, without continuous treatment.

“The idea is not only to lock HIV so it cannot replicate, but essentially to throw away the key, keeping it locked away forever, unable to do any more harm to the host or to others,” Valente says.

“If cells infected with latent HIV could be solidly silenced, we could take patients off their entire antiretroviral therapy regimens and the virus would not reappear,” says Ott.

The “excise” component of the HOPE Collaboratory’s approach takes advantage of recent advances in genome editing. The development of the CRISPR/Cas9 genome-editing technology has given researchers inroads into altering the DNA of human cells. This means that the latent HIV inserted in the DNA of immune cells could be edited.

The collaboratory plans to test the utility of a number of gene-editing approaches in changing the DNA of latent HIV to such an extent that the virus would be destroyed. This step, they say, could follow the “block and lock” treatment that silences the virus, or could be an alternative path depending on the effectiveness and cost of each approach.

“We have not yet been able to achieve a cure for HIV because the virus finds a way to hide out in reservoirs of cells in the body,” says Lishomwa Ndhlovu, MD, PhD, a principal investigator of the HOPE Collaboratory and a professor of immunology in medicine in the Division of Infectious Diseases at Weill Cornell Medicine. “The HOPE grant will allow us to test whether a ‘block-lock-and-excise’ approach can achieve long-term silencing of HIV in all relevant tissue sanctuaries so it cannot be released from cells. Coupled with permanent removal of any remnants of the silenced virus, we hope this will prevent the rebound of HIV when antiviral drugs are stopped, and lead to a cure.”

The collaboratory includes members from 12 institutions around the world, and will also work with three pharmaceutical companies with insight into the development of potential therapeutics from the drugs studied in the labs. In addition, clinical groups will help provide data and samples from people living with HIV in Africa and Brazil. 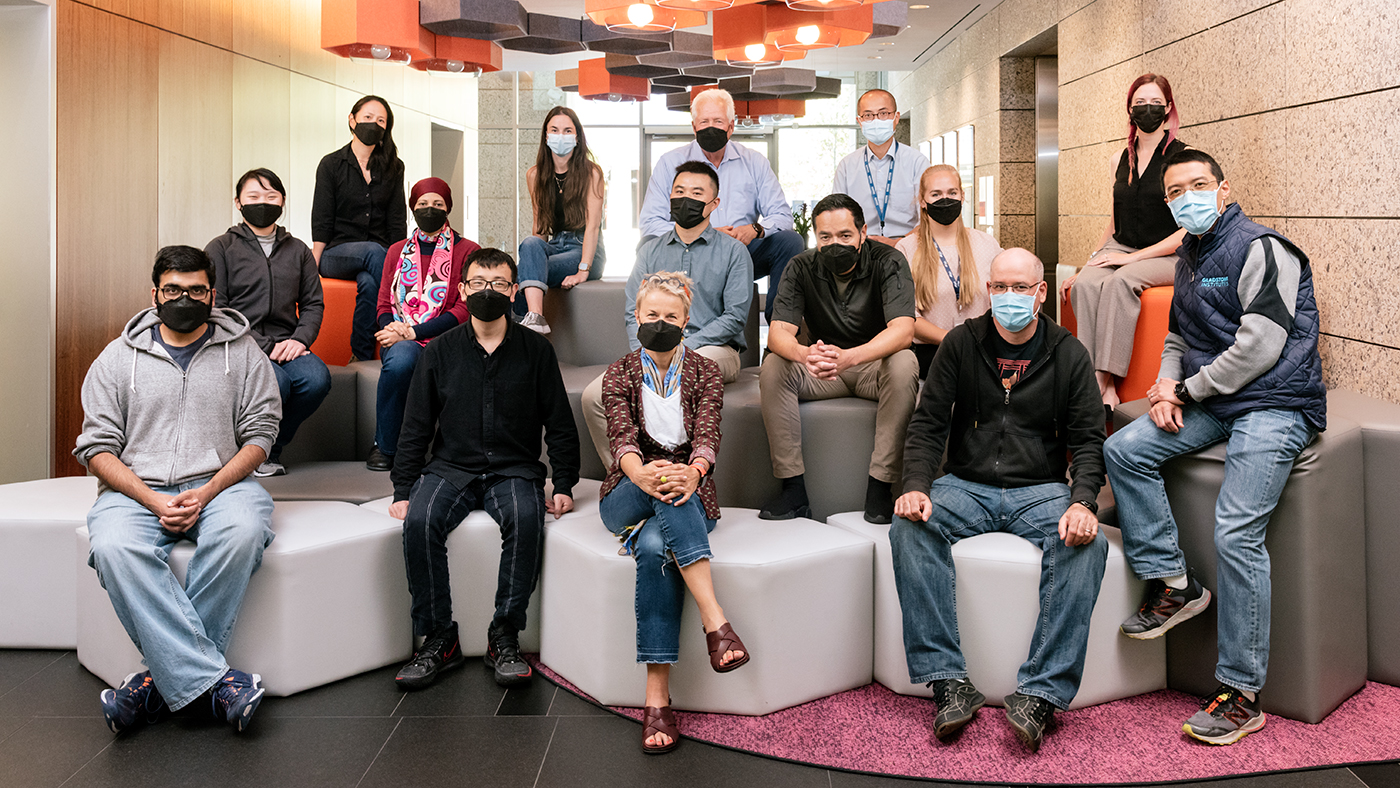 “It’s absolutely key that this is a multi-institutional and multidisciplinary approach,” says Gladstone’s Danielle Lyons, PhD, program manager for the HOPE Collaboratory. “Bringing together this diverse group of people with expertise across various disciplines is what will really drive the discovery of a cure for HIV.”

Individually, the principal investigators of the HOPE Collaboratory have already been working on HIV latency, retroviruses, and Tat inhibitors for many years, so they’re ready to hit the ground running as a team, they say.

Over the first 2 years of the 5-year grant, they plan to complete feasibility studies and further investigate a handful of potential drugs. The collaboratory nature of the grant means that, once those initial studies are complete, the group can re-evaluate and, if needed, shift their approach.

“We cannot be satisfied with the status quo, which is lifelong therapy for people living with HIV,” says Ott. “We need to continue pushing for a cure—and that’s exactly what we intend to do through the HOPE Collaboratory.”

About the HOPE Collaboratory

The executive committee for the HOPE Collaboratory is led by Program Director Melanie Ott from Gladstone Institutes, and includes Principal Investigators Susana Valente from Scripps Research and Lishomwa Ndhlovu from Weill Cornell Medicine, as well as Co-Investigator Douglas Nixon from Weill Cornell Medicine. Operations will be overseen by Danielle Lyons from Gladstone, the collaboratory’s program manager.

In addition, the HOPE Collaboratory will work in partnership with the Last Gift Study led by Sara Gianella and Davey Smith at UC San Diego and the African Cohort Study (AFRICOS) led by Julie Ake at the US Military HIV Research Program, as well as with the San Francisco AIDS Foundation and industry partners Amgen, Constellation Pharmaceuticals, and Sangamo Therapeutics.

Scripps Research is an independent, nonprofit biomedical institute ranked the most influential in the world for its impact on innovation by Nature Index. With campuses in La Jolla, California, and Jupiter, Florida, we are advancing human health through profound discoveries that address pressing medical concerns around the globe. Our drug discovery and development division, Calibr, works hand-in-hand with scientists across disciplines to bring new medicines to patients as quickly and efficiently as possible, while teams at Scripps Research Translational Institute harness genomics, digital medicine and cutting-edge informatics to understand individual health and render more effective healthcare. Scripps Research also trains the next generation of leading scientists at our Skaggs Graduate School, consistently named among the top 10 US programs for chemistry and biological sciences. Learn more at www.scripps.edu. 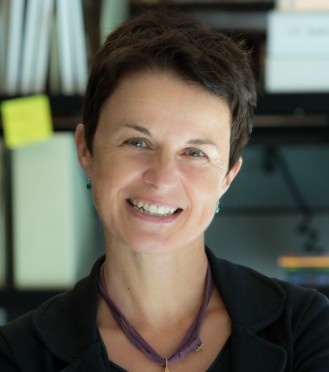