Leading the Way to Better Treatments for People with Epilepsy

Gladstone researchers harness unique tools and perspectives to pave the way to more and better treatment options for epilepsy.

For a person with epilepsy, a seizure may begin with a burst of panic followed by lost consciousness and convulsions. Or, it could be more subtle, perhaps causing momentary confusion or a “spacey” feeling. A seizure may even pass unnoticed during a night’s sleep.

Epileptic seizures can come in many forms, but no matter how they manifest, all share a common thread: abnormal electrical activity in the brain.

Researchers at Gladstone Institutes are studying how the brain’s electrical activity patterns—usually precisely coordinated—become disrupted in epilepsy. By investigating multiple types of epilepsy from multiple angles, they hope to pave the way to more and better treatment options.

“Despite many decades of research, there is still no cure for epilepsy,” says Jeanne Paz, PhD, associate investigator at Gladstone. “Now, we are very lucky to have new research tools that are revolutionizing this field.”

Paz aims to determine exactly which brain cells are involved in initiating an epileptic seizure, which cells spread the seizure activity throughout the brain, and which cells help terminate it.

“We believe that different brain circuits are involved in different types of seizures, even within a single disease context,” Paz says. “But if you want to prove that a particular cell matters for a particular kind of seizure, you need to be able to change the electrical activity of that cell during the seizure.”

To do so, she and her colleagues developed a powerful method to study seizures in rodents. Their system detects seizures using electrophysiological measurements of brain activity, and disrupts the activity of individual brain cells using optogenetics, a technique for controlling the electrical activity of a cell with laser light.

This approach enabled the breakthrough discovery that seizures in rodents could be halted by targeting specific cells in a brain region called the thalamus. More recently, Paz and her team applied the method to identify key thalamic cells that are associated with subtle, non-convulsive seizures in mouse models of Dravet syndrome, a severe childhood epilepsy.

“Our findings could inform the development of better treatment strategies for non-convulsive seizures, which can occur hundreds of times a day in patients,” Paz says. “And it could help explain why existing epilepsy drugs, that do not correct problems in the thalamus, have not been effective in suppressing seizures involving this brain region.” 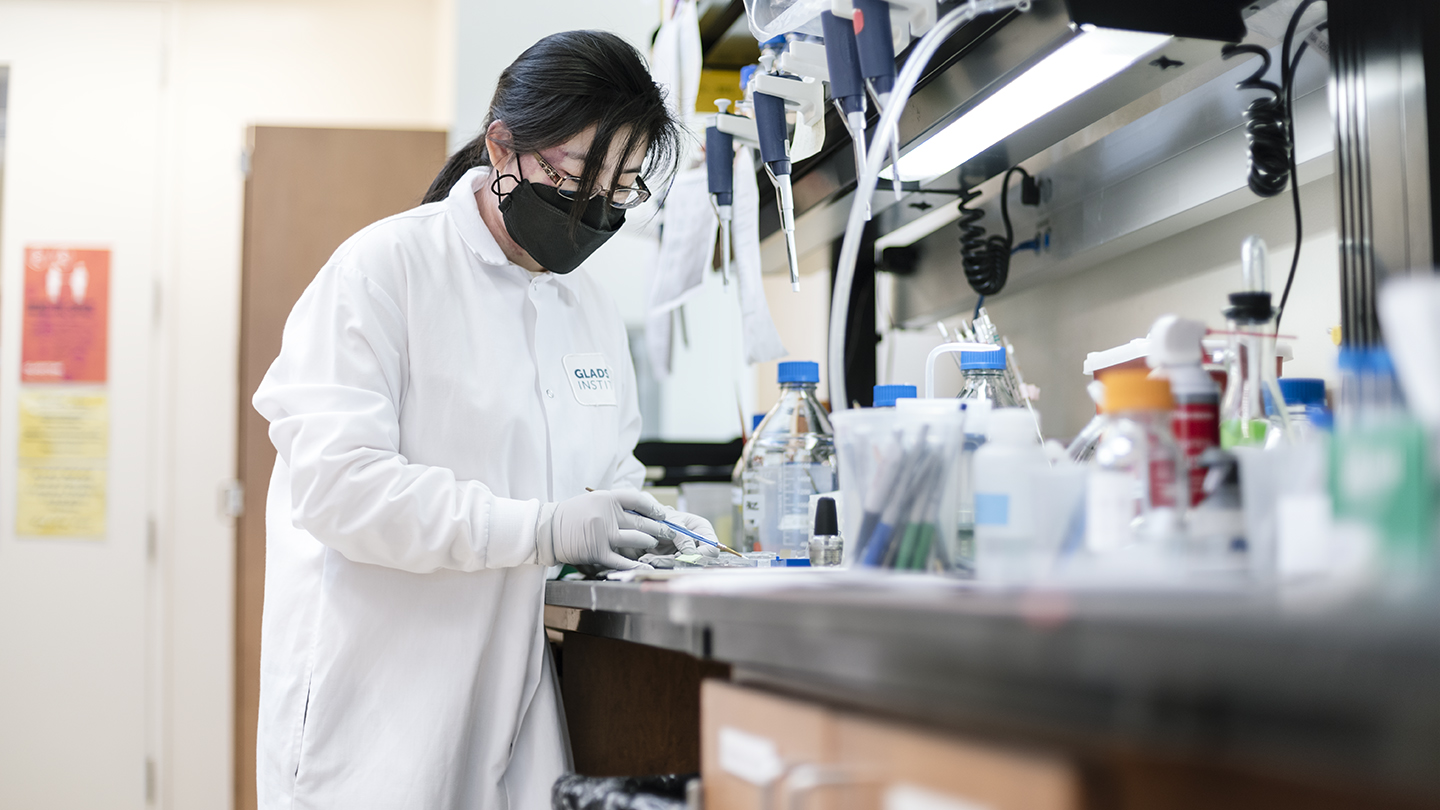 Now, Paz and her team are applying their innovative methods to determine the precise brain circuits involved in epileptic seizures caused by another childhood genetic disorder, commonly known as SLC6A1. This rare condition is caused by mutations in the SLC6A1 gene, which regulates brain activity. The project was spurred by a request for help from the mother of a child with SLC6A1.

“We share her urgency, and we hope that our work can lead to future treatments for children with this condition,” Paz says.

While Dravet syndrome and SLC6A1 have been linked to mutations in specific genes, epilepsy can have other origins. For instance, some people develop epilepsy after a traumatic brain injury or stroke.

“Researchers have hypothesized that inflammation resulting from brain injury can cause epilepsy,” Paz says. “However, inflammation could also be extremely important for recovery.”

In fact, work by Paz’s team suggests that C1q, a molecule involved in inflammation, plays an important healing role in mice right after mild traumatic brain injury. However, if it lingers longer, C1q can cause abnormal sleep and seizures. Such findings highlight the need for epilepsy treatments to target harmful inflammation while preserving beneficial inflammation.

Paz is tackling another subtle distinction in a new study of sleep and seizures. A controversial hypothesis in the field holds that seizures may actually be a modified form of sleep—which could explain why a particular part of the thalamus appears to be important for both sleep and seizures.

“We are trying to understand to what level we can turn down activity in this thalamic circuit in order to stop seizures in mice without disrupting sleep,” Paz says. “This is very important because patients may prefer to live with seizures rather than take a medication that disrupts their sleep.” 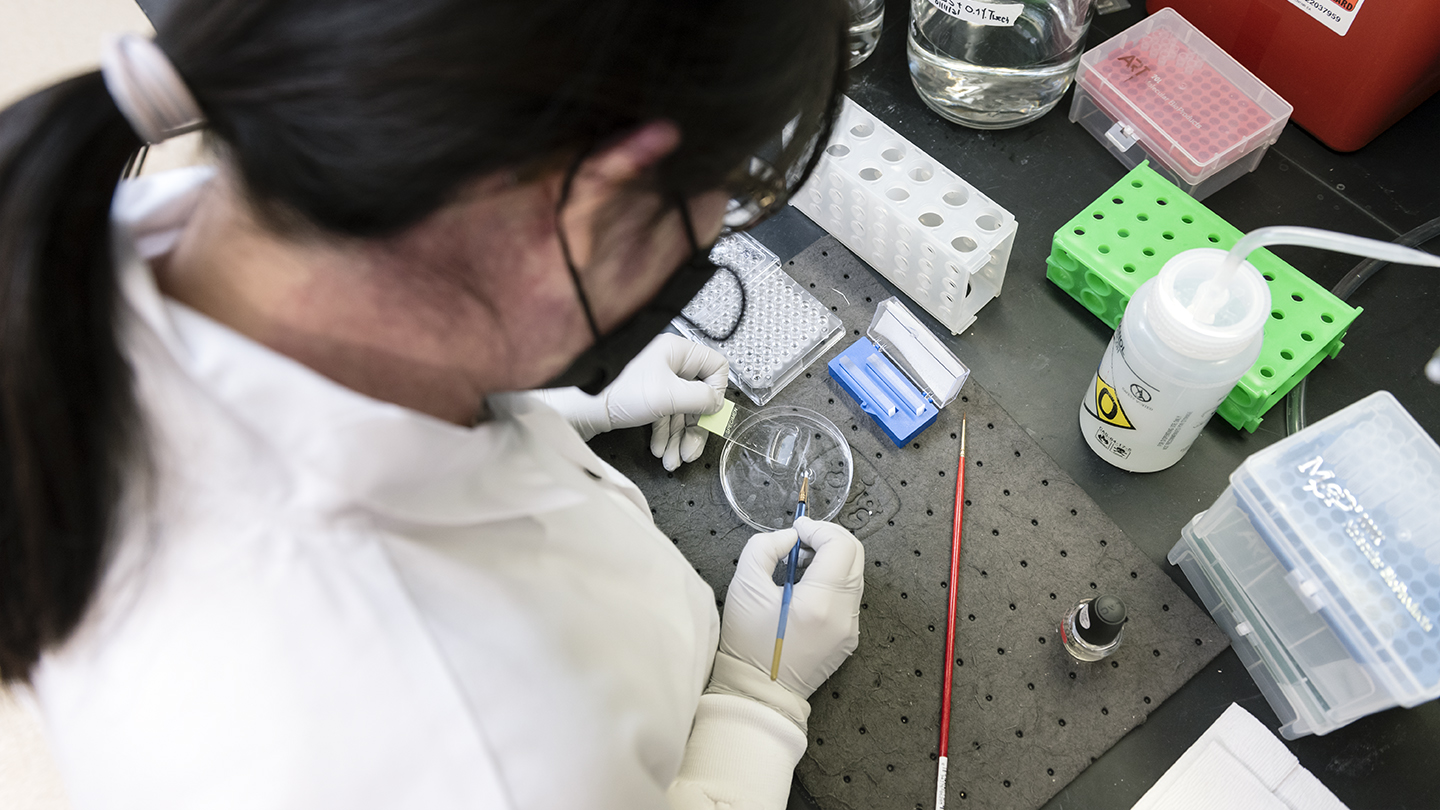 Researchers at Gladstone are studying how the brain's electrical activity patterns become disrupted in epilepsy to find better treatment options that could help patients.

Indeed, side effects are currently a major challenge in epilepsy treatment. Many patients choose to forgo seizure-reducing medications in order to avoid sleep disruption, drowsiness, impaired cognition, loss of libido, and other side effects.

“There is a crucial need to understand what exactly is causing seizures,” Paz says. “Only then can we develop treatments that specifically treat epilepsy without modifying anything else in the brain.”

Uncovering the Role of Epilepsy in Cognitive Disorders

Gladstone researchers have also made trailblazing contributions to the understanding of epilepsy that can be associated with major brain diseases, including Alzheimer’s disease, autism, and related disorders.

Together with clinical colleagues at UC San Francisco, Lennart Mucke, MD, director of the Gladstone Institute of Neurological Disease, discovered that over 40 percent of patients with Alzheimer’s disease have non-convulsive epileptic activity that often occurs when patients are asleep and is very difficult to detect by standard clinical examinations.

“We had to use very sensitive tests, such as long-term video-EEG recordings and a sophisticated technology called magnetoencephalography, to detect this elusive type of ‘subclinical’ brain network dysfunction,” Mucke says.

And a good thing they did, as they also discovered that patients with detectable epileptic activity had faster cognitive decline than those without. This finding takes an important step toward personalized medicine approaches to Alzheimer’s disease because it identifies subgroups of patients who may benefit from anti-epileptic drug treatment.

“Ultimately, we hope to create drugs that could reduce both epileptic activity and cognitive impairment in people with a variety of neurological conditions.”

By considering the function of entire neural networks as well as individual cells, Mucke’s team also discovered that lowering levels of a protein called tau can reduce epileptic activity associated with Alzheimer’s disease, autism, or Dravet syndrome in mouse models of those conditions. Now, a company he co-founded is developing tau-lowering drugs that may soon be ready for testing in mice.

“Because experimental reduction of tau diminished not only epileptic activity, but also behavioral abnormalities and cognitive impairments, we think that this strategy could be used to counteract a range of epilepsy-related cognitive disorders,” Mucke says.

He led a project to demonstrate that certain types of brain cells, known as inhibitory interneurons, could be genetically enhanced to calm epileptic activity and improve cognitive functions in mouse models of Alzheimer’s disease. Now, he is developing small-molecule drugs to enhance inhibitory interneuron function that could provide the same benefit.

In addition, Palop has already shown, in a partnership with Genentech, that epileptic activity and cognitive impairments in Alzheimer’s disease and Dravet syndrome could be reduced by increasing the activity of certain neurotransmitter receptors found at connections between neurons.

“Ultimately, we hope to create drugs that could reduce both epileptic activity and cognitive impairment in people with a variety of neurological conditions,” says Palop.

A Role for Microglia in Epilepsy

An important part of the brain’s immune system, microglia constantly extend and retract “branches” from their cell bodies to survey their environment.

“We found that microglia do not move randomly, but instead they sense which neurons are about to become overly active and extend their processes (or branches) to touch these active neurons,” says Katerina Akassoglou, PhD, director of the Gladstone-UCSF Center for Neurovascular Brain Immunology.

“By imaging in real time microglia contacts with active neurons, we discovered an unexpected role for microglia, acting like a thermostat in the brain by stopping neurons from being overactive,” Akassoglou says. “This sheds new light on how seizures develop in the brain.” 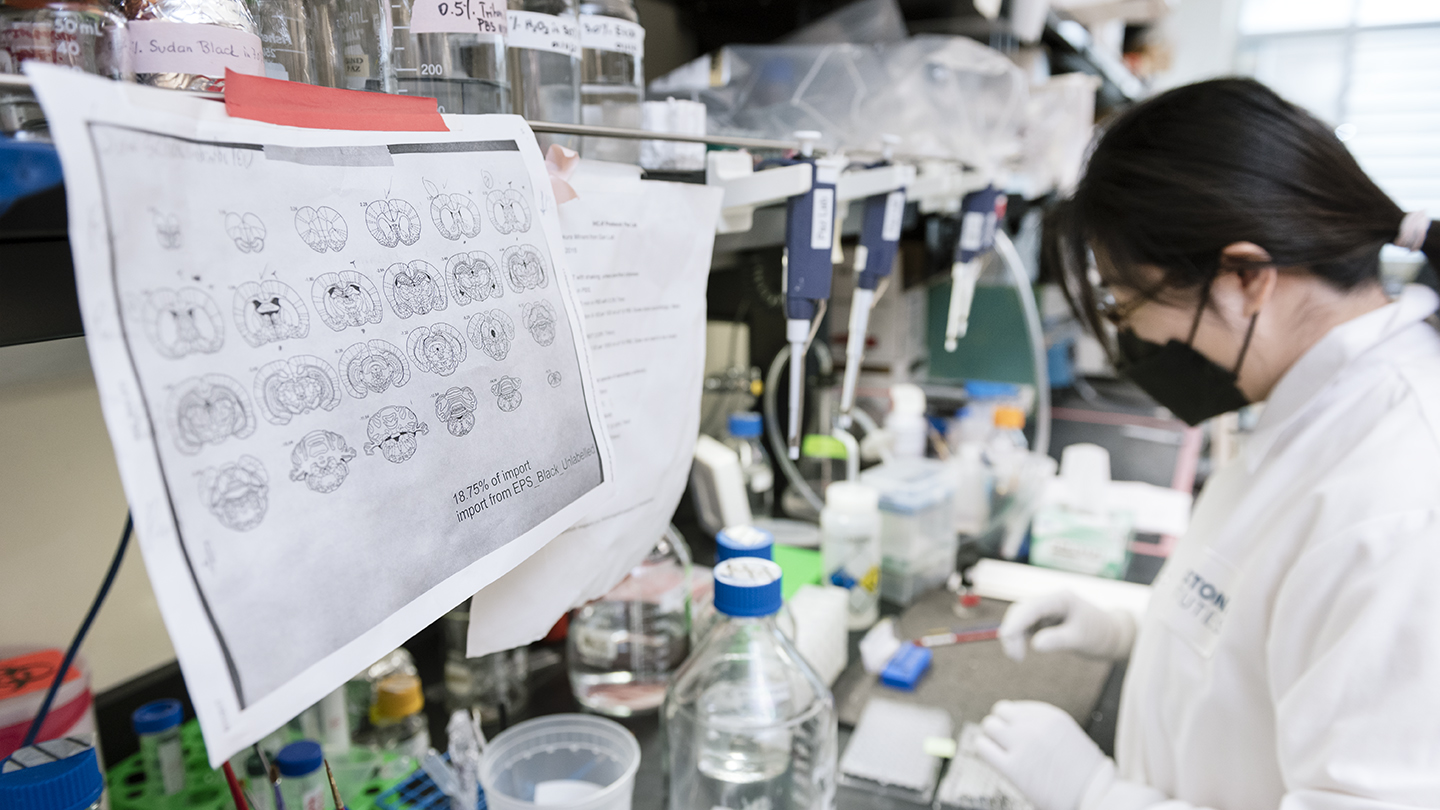 Investigating further, Akassoglou collaborated with Palop to record neuronal activity in mice with or without “frozen” microglia after administering a seizure-inducing drug. Blocking the motility of microglia increased susceptibility to seizures and caused a large number of neurons to fire at the same time—a process known as hypersynchrony.

“Understanding how microglia are involved in epileptic activity and other Alzheimer’s impairments may provide new clues for treatment of devastating neurodegenerative diseases,” Palop says.

Indeed, the team was able to reverse hypersynchrony by treating the mice with specific molecules that force microglia to extend their branches, suggesting that it might be possible to overcome impaired microglia functions.

Akassoglou and Palop study neurovascular mechanisms that regulate excessive neuronal activity and cognitive decline in Alzheimer’s disease. They are now expanding these studies to test any possible beneficial effects of targeting vascular and immune systems in models of disease, which could have broad therapeutic implications.

More than 50 million people worldwide are estimated to have epilepsy, making it one of the most common chronic neurological conditions. Prolonged seizures or seizure-related accidents can be deadly.

Although many patients benefit from existing medications, many others find that medications don’t stop their seizures or cause debilitating side effects. Furthermore, epileptic activity may contribute to poor outcomes in other diseases with which it can be associated, including Alzheimer’s disease, autism, stroke, and traumatic brain injury.

“At Gladstone, we are making major efforts to develop better treatment options,” says Mucke. “Our complementary lines of research and interdisciplinary collaborations are likely to identify new solutions for specific forms of epilepsy, as well as broader strategies that could work across multiple disorders.”

Paz also hopes that a better understanding of epilepsy will lessen the public stigma experienced by many patients.

“Patients often face challenges in speaking up for themselves due to the misperceptions and discrimination associated with epilepsy,” Paz says. “So, it is really important to highlight promising current research, improve understanding, and provide hope in regard to where this important field is headed.” 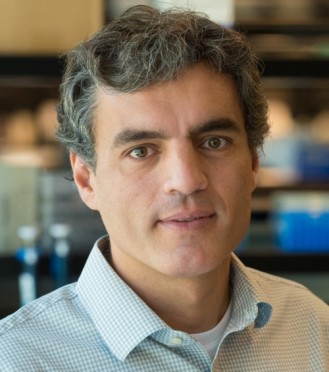 When Will This Pandemic End?

And other questions you have about Omicron and the pandemic