A vaccine for hepatitis C has eluded scientists for more than 30 years, for several reasons. For one, the virus that causes the disease comes in many genetic forms, complicating the creation of a widely effective vaccine. For another, studying hepatitis C has been difficult because options in animals are limited and lab methods using infected cells have not adequately reflected the real-life dynamics of infection.

Now, researchers at Gladstone Institutes have developed a new platform for studying how the human immune system responds to hepatitis C infection. The method, presented in the scientific journal Open Biology, marries microfluidic technology (which allows scientists to precisely manipulate fluid at a microscopic scale) with liver organoids (three-dimensional cell clusters that mimic the biology of real human livers).

“Our approach enables a more controlled and accurate investigation into the immune response to hepatitis C infection,” says Melanie Ott, MD, PhD, director of the Gladstone Institute of Virology and another senior author of the study. “We hope our method will accelerate the discovery of a much-needed vaccine.” 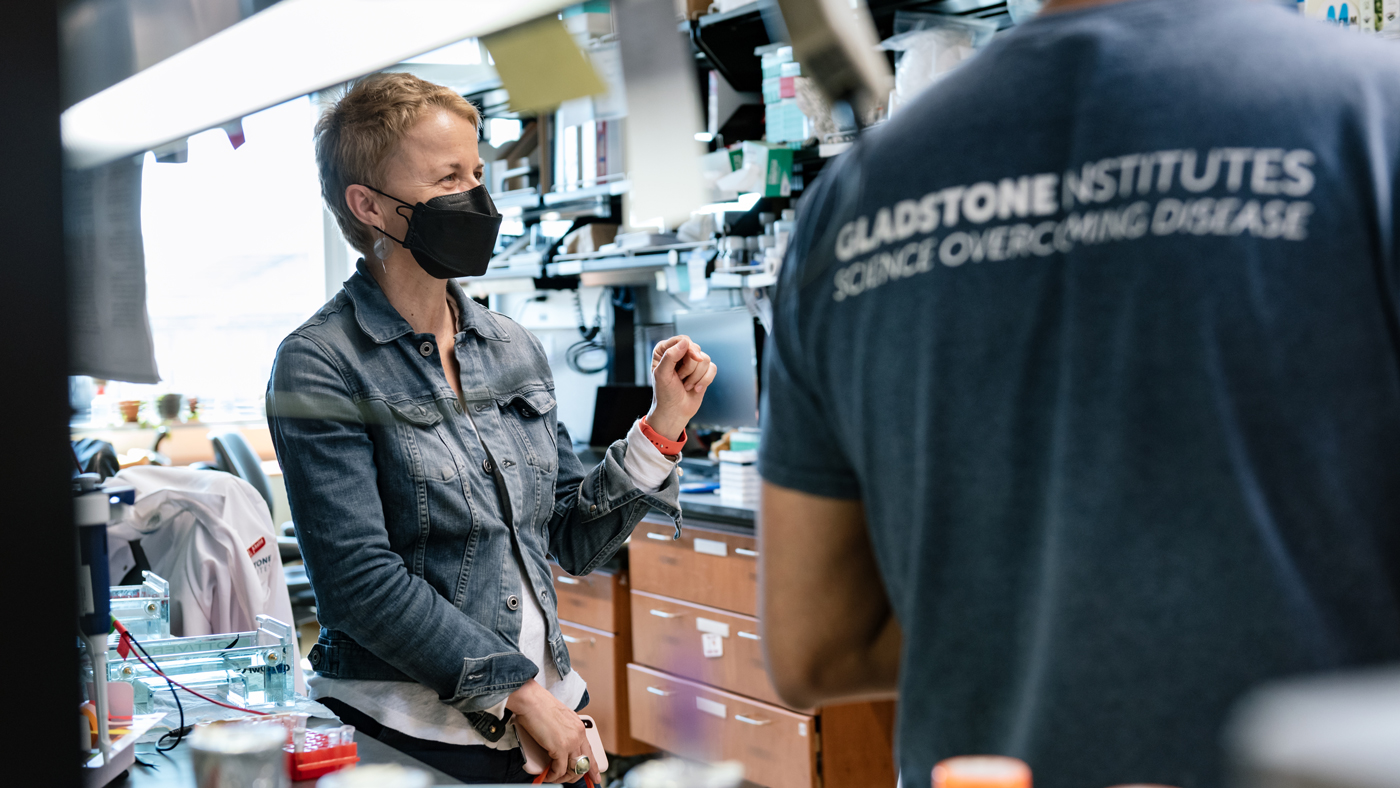 Ott is part of the team of scientists who developed a new platform that could help speed the hunt for a hepatitis C vaccine.

Recreating the Interplay Between Liver and Immune Cells

The hepatitis C virus targets the liver. After initial infection, some people recover with few or no symptoms, but others experience lifelong infection that can lead to severe liver disease. Medications can successfully treat hepatitis C but can be difficult to access or afford, and a person who has been treated can later be reinfected.

“A successful vaccine would train the immune system and prevent reinfection by any of the most common forms of the virus,” says Camille Simoneau, PhD, co-lead author on the study and a postdoctoral researcher in Ott’s lab. “This would have huge public health benefits worldwide.”

To develop such a vaccine, scientists need detailed insights into how the liver interacts with the hepatitis C virus and the immune system—specifically, the immune system’s T cells. However, it has proven quite difficult to coax individual liver cells into interacting with the virus in ways that realistically reflect what could be happening in the body of an infected person.

“For the first time, we can closely observe cellular interactions in a lab setting in a way that is more biologically true to the tissues involved in hepatitis C infection.”

In recent years, thanks in large part to advancements made by McDevitt and other Gladstone researchers, 3D liver organoids have emerged to provide novel, more biologically realistic opportunities to study the interplay between liver cells, hepatitis C virus, and T cells. Yet, challenges have persisted.

“Until now, we have been observing these interactions within relatively large droplets of fluid,” says Vaishaali Natarajan, PhD, co-lead author on the study and a former Gladstone postdoctoral researcher in McDevitt’s lab. “But it’s difficult to keep track of individual organoids within droplets, limiting what we can learn from them.”

So, the researchers decided to move the entire system onto a microfluidic chip, a device with a network of miniscule channels that enables precise control over the positioning of organoids and allows researchers to better observe their interaction with their surroundings.

In the new system, liver organoids grown from adult stem cells are embedded at fixed positions in channels in the chip. Meanwhile, T cells suspended in fluid are able to freely move through the channels and interact with the organoids—similar to the movement of blood-borne T cells in real liver tissue. Because the organoids are fixed in place, researchers can monitor them over time, along with the T cells, using standard microscopy techniques.

“For the first time, we can closely observe these cellular interactions in a lab setting in a way that is more biologically true to the tissues involved in hepatitis C infection,” Ott says.

Setting the Stage for Discovery

To demonstrate the promise of their new system, the researchers first wanted to confirm it could emulate the recognition of infected liver cells by T cells.

So, they grew liver organoids and exposed them to a specific molecule found in the hepatitis C virus. After exposure, the organoid cells presented this molecule on their surfaces, as they would after an infection. The researchers then embedded the organoids into a microfluidic chip and introduced T cells into their environment.

These T cells, developed by Ann Erickson in the laboratory of senior author Stewart Cooper at the California Pacific Medical Center Research Institute, were trained to recognize the molecule on the surface of the organoids.

Sure enough, the T cells detected the organoid cells that were presenting the viral molecule and traveled through the microfluidic channels to kill them—just as they might target and kill infected cells in the body in order to fight hepatitis C. 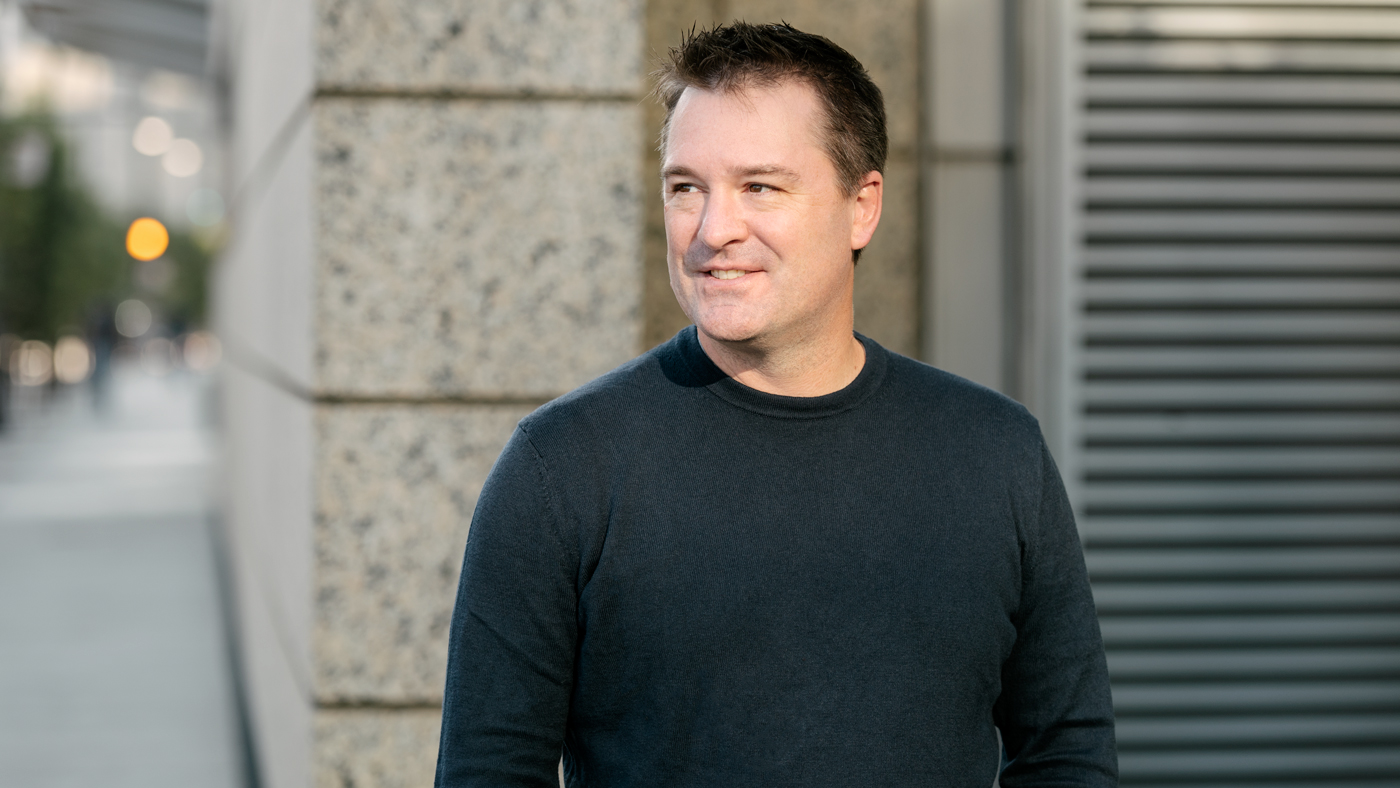 McDevitt has been working for many years on growing organoids for research in his and other labs at Gladstone.

Because the researchers can precisely alter the microfluidic environment by adding or removing substances, the platform could also be used to explore many additional aspects of hepatitis C infection in unprecedented detail.

“Our study suggests that our approach could be used to identify and study other viral molecules that elicit a strong immune response and have the potential to form the basis for novel vaccines,” says McDevitt. “I’m excited to see where this combination of organoids and microfluidics will lead next.”

The paper “Modelling T-Cell Immunity Against Hepatitis C Virus with Liver Organoids in a Microfluidic Coculture System” was published by Open Biology, a journal from The Royal Society, on March 2, 2022.

Other authors are Nathan Meyers of Gladstone, and Jody Baron of UC San Francisco.