Isha Jain will lead a lab at Gladstone to understand the precise balance of oxygen levels in biological processes—and how to fine-tune them to potentially treat disease.

Oxygen is vital for all life, but in the human body, the level of oxygen must be just right. Too much or too little oxygen can contribute to the damage caused by a variety of medical conditions, from heart attacks, to cancer, to neurodegenerative diseases.

Understanding the precise balance of oxygen levels in biological processes—and how to fine-tune them to potentially treat disease—is the main research focus of Isha Jain, PhD, who is joining Gladstone Institutes as an assistant investigator.

“Isha’s accomplishments and her vision for advancing basic science toward clear translational applications make her a perfect fit for Gladstone,” says Benoit Bruneau, PhD, director of the Gladstone Institute of Cardiovascular Disease. “We are delighted that she is bringing her extraordinary skills to our team.”

Jain comes to Gladstone from the Sandler Fellows Program at UC San Francisco (UCSF), which enabled her to establish her own independent lab straight out of graduate school.

There, she built on a groundbreaking discovery she made while completing her PhD: that low oxygen could be used as a treatment for mitochondrial disorders. Specifically, she showed that for mice with a mitochondrial disease, limiting the amount of oxygen in the environment extended lifespan by about fivefold.

“We are working to extend this concept beyond mitochondrial disorders to more common conditions, such as neurodegenerative and cardiovascular diseases,” Jain says. She wants to better understand what happens when there is too little or too much oxygen in the body, and how that impacts disease physiology.

“I’m thrilled to be able to delve deeper into this work with all the resources available at Gladstone, especially the opportunity to collaborate with scientists I admire,” she says.

From Sweets to Systems Biology

Jain’s path to Gladstone began with a childhood obsession with candy.

“In elementary school, my dad challenged me to come up with my own science fair project,” she says. “I had a sweet tooth, so I decided to explore what makes candy hard versus chewy; I thought it would be a great way to get access to some candy.”

That scheme turned into a full-fledged science project. It turns out that the sugar water used to make candy has very similar properties to those of commercial glass. This link between candy and glass led to Jain’s very first publications, with her father—a material science and engineering professor—as co-author.

“Because of my parents’ nurturing, I was going to conferences and presenting posters at the age of 9 or 10,” Jain says.

“There are so many interesting problems to work on in the world, and I want to solve puzzles that are not only intellectually compelling, but hold the potential to help save lives someday.”

In middle school, she developed an interest in aging and genetics, and was not shy about emailing any professor whose research caught her eye. At 13, Jain’s gumption landed her a job at her local university, Lehigh University in Pennsylvania, in the developmental biology lab of Kathy Iovine, PhD.

“That was my first exposure to biology research,” Jain says. She spent her first of 4 years there performing basic tasks, such as cleaning zebrafish tanks, before taking on more substantial independent projects and publishing two more papers.

“What kind of professor would take on a child to mentor?” Jain marvels. “I so appreciate that Dr. Iovine made the time for me, and got me more and more excited at the prospect of a career in research.”

After high school, Jain attended Harvard University, where she joined the lab of Erin O’Shea, PhD. She was drawn to the lab’s focus on systems biology—computational modeling of biological systems—as a way to combine her interests in biology, math, and computer science.

Still, something was missing. “We were focused on basic biology, but I realized I wanted to tackle problems that were more immediately relevant to human disease,” Jain says.

So, she enrolled in a joint PhD program at Harvard and MIT and began working with Vamsi Mootha, MD. It was in Mootha’s lab where Jain made her breakthrough discovery that low oxygen could potentially treat mitochondrial disorders, paving the way to her fellowship at UCSF.

“There are so many interesting problems to work on in the world, and I want to solve puzzles that are not only intellectually compelling, but hold the potential to help save lives someday,” Jain says.

That commitment to disease-oriented science made Gladstone a natural fit for the next chapter of her career.

The “Goldilocks Principle” of Oxygen

Oxygen is an essential participant in the myriad chemical reactions that keep cells healthy and functioning throughout the body.

“It is well understood that too little oxygen is a bad thing,” says Jain. For instance, a lack of oxygen and nutrients contributes to the disease pathology of heart attacks, strokes, and respiratory failure.

“But at the other end of the spectrum, which is much less studied, too much oxygen is toxic,” she adds. “We’re trying to understand this balance and address the ‘Goldilocks Principle’ of oxygen: Why is too little or too much oxygen toxic, and what levels are just right?”

As she builds her lab at Gladstone, Jain will employ an unbiased systems biology approach to computationally model the dynamics of oxygen in the body. Any interesting new insights she surfaces can then be validated in cells and animal models of specific diseases. 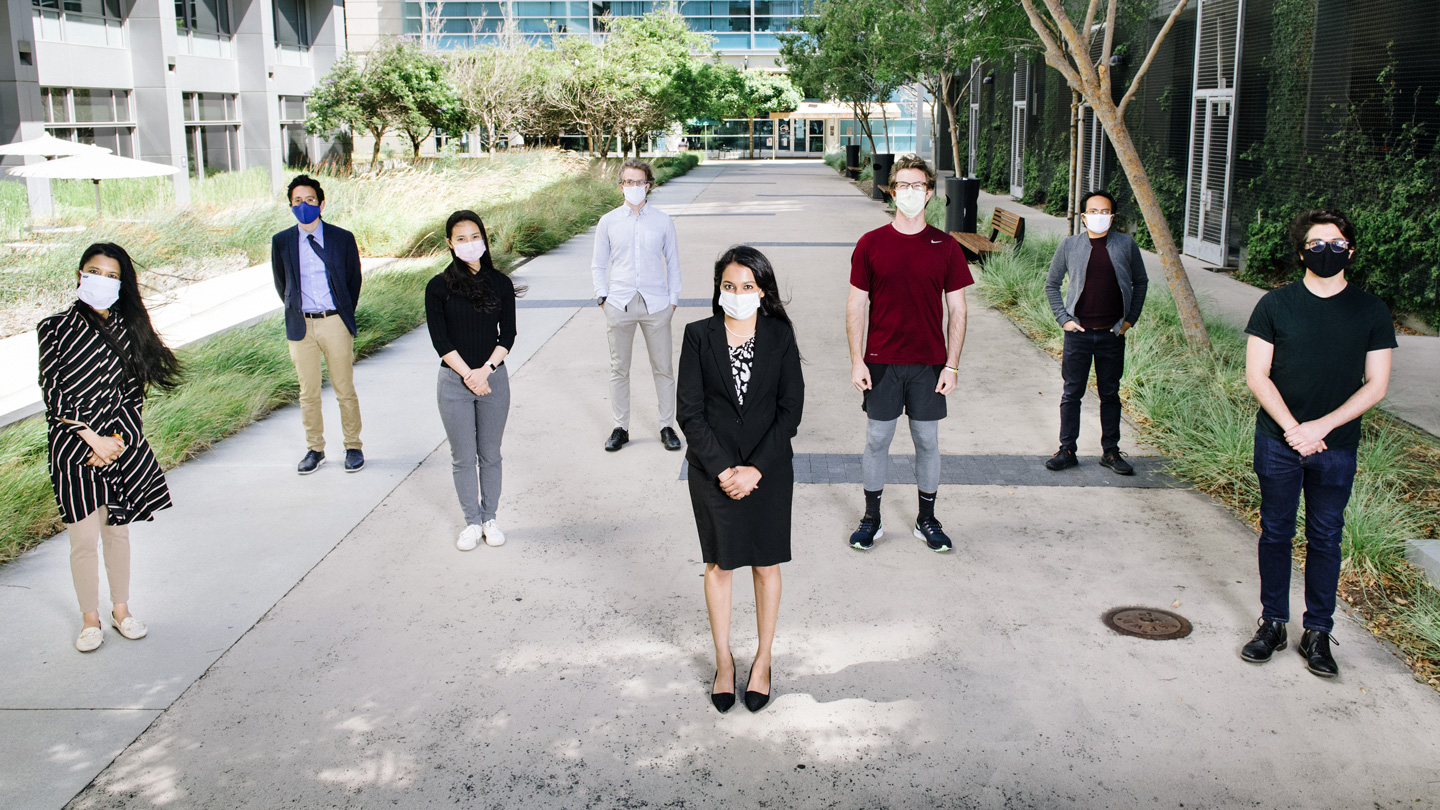 Jain (center) and her team join Gladstone to study the balance of oxygen levels in the human body.

Collaboration with colleagues at Gladstone will be key to answering these questions, especially in the context of specific medical conditions, such as cardiovascular disease and aging.

“Oxygen is so central to almost every single metabolic process that there will definitely be very clear opportunities for collaboration,” Jain says.

Jain will also incorporate mentorship as a cornerstone of her work at Gladstone.

“I think mentoring is just as important as the research I do,” she says. “If I can train good, passionate scientists, my mentorship can essentially be a force multiplier that drives scientific advancement.”

Jain cites Gladstone’s friendly, collaborative culture and location in the Bay Area as key factors in her decision to bring her lab to the organization.

“Within a week, I’ve already had multiple meetings with researchers and clinicians about my lab work,” Jain says. “That’s only possible at a place like Gladstone, and in a location like Mission Bay, directly across from a UCSF campus. You can perform basic science while surrounded by MDs who are willing to discuss its clinical relevance, and someday get a new therapy to a patient—all in the same 5-mile radius. I’m so glad to be here.”

“Isha is a rare talent who will undoubtedly change the way we think about science and medicine,” says Deepak Srivastava, MD, Gladstone president. “Her interests in oxygen fit perfectly with the teams of scientists at Gladstone studying heart disease and neurodegenerative diseases, among others, and will create a fertile environment for novel discovery.”

Isha Jain is an assistant investigator at Gladstone Institutes, as well as an assistant professor at UCSF. Jain received her undergraduate degree in chemical and physical biology from Harvard University. There, she worked in the lab of Erin O’Shea on bacterial chromosome segregation. Subsequently, she joined the Harvard-MIT Program in health sciences and technology. She earned a PhD in computer science and systems biology and worked in the labs of Vamsi Mootha and Warren Zapol, where she made the discovery that hypoxia could serve as a therapy for mitochondrial disorders. Before joining Gladstone, Jain was a UCSF Sandler Fellow. 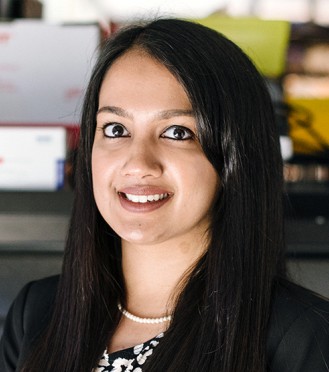