A healthy human heart is a powerful, pliable organ that expands and contracts rapidly to pump rich, oxygenated blood through the body. But for the millions of people around the world who have heart disease, this process goes awry. The heart becomes stiff, blocked or inflamed, and less efficient at pumping blood. In the United States alone, more than one of every 10 people have been diagnosed with heart disease.

Understanding how genes are turned on or off in the heart of people with heart disease—and how drugs could reverse those changes and improve heart function—is the research focus of Michael Alexanian (he/him), PhD, who is joining Gladstone Institutes as an assistant investigator. In addition, he will hold the title of assistant professor in the Department of Pediatrics at UC San Francisco.

“We want to discover new therapeutic targets for treating and reversing heart failure,” says Alexanian. “For a long time, scientists have focused on the role of muscle cells in heart failure and my lab is part of the movement to expand this focus to other cells in the heart, including fibroblasts, immune cells, and vascular cells.”

Over the past 5 years, as a postdoctoral scholar in the labs of former Gladstone investigator Saptarsi Haldar, MD, and of Gladstone President Deepak Srivastava, MD, Alexanian has already discovered gene programs related to heart fibrosis and inflammation. Now, he’ll be launching his own lab at Gladstone to shed new light on the gene regulation processes leading to human diseases such as heart failure.

“Michael is pioneering our understanding of how heart cells communicate in heart failure, one of today’s most prevalent diseases,” says Benoit Bruneau, PhD, director of the Gladstone Institute of Cardiovascular Disease. “With a deep molecular toolbox, he has already discovered important biology underpinning heart failure that could lead to new therapies.”

Getting to the Heart of Heart Cells

Every cell in a person’s body contains nearly identical sets of genes, providing the instructions for all the molecular programs the body needs to function. But each cell only follows a subset of these instructions at a time, because each cell contains specific regulatory molecules. These molecules interact with the cell’s DNA and control which genes are turned on, or expressed. 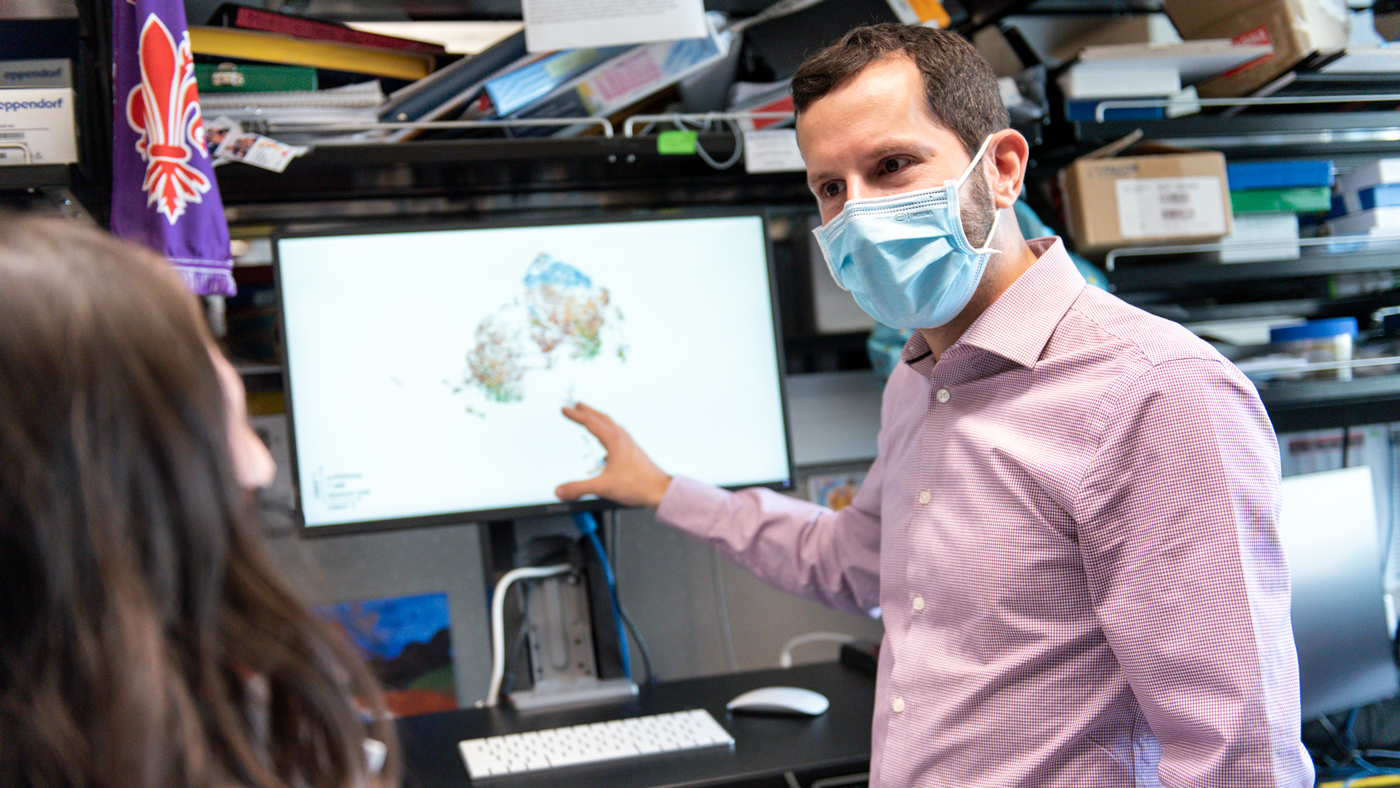 Alexanian's lab will focus on fibrosis and inflammation—two changes that often happen in the heart with disease.

When someone’s heart becomes diseased, the DNA inside their heart cells doesn’t change, but the pattern of genes the heart cells express does. Scientists refer to this change as an epigenomic shift.

Alexanian thinks that if he can describe this shift in new detail—as well as understand the regulatory molecules that trigger it—he’ll be able to pinpoint ways to reverse it. To do so, he will leverage recent technology to probe gene expression in individual heart cells rather than in bulk heart tissue.

“The advent of single-cell technologies gives us a way to capture the complexity of the heart,” he says. “It’s like opening a Pandora’s box: once we begin to better understand the inner workings of the heart, we’ll have all sorts of new ways of analyzing and targeting heart disease.”

His lab will focus on two specific changes that often happen in the heart with disease: fibrosis, or the stiffening and scarring of the heart following stress; and inflammation, the accumulation of immune cells and their secreted factors in the heart. He also wants to better understand the interplay between these two changes: how does chronic inflammation of the heart contribute to fibrosis? Answering this question has implications beyond heart disease, as other organs including the lungs and liver also develop fibrosis with disease.

From Epigenomics and Stem Cells to Heart Disease

Alexanian’s interest in epigenomics was first piqued when he was an undergraduate at the University of Florence in Italy. He still remembers the first textbook chapter he read about gene regulation.

“It struck me that the biological sophistication of different organisms wasn’t related to the number of genes they had, but to these millions of layers of gene regulation,” he says. “It really intrigued me and I decided that was what I wanted to study.” 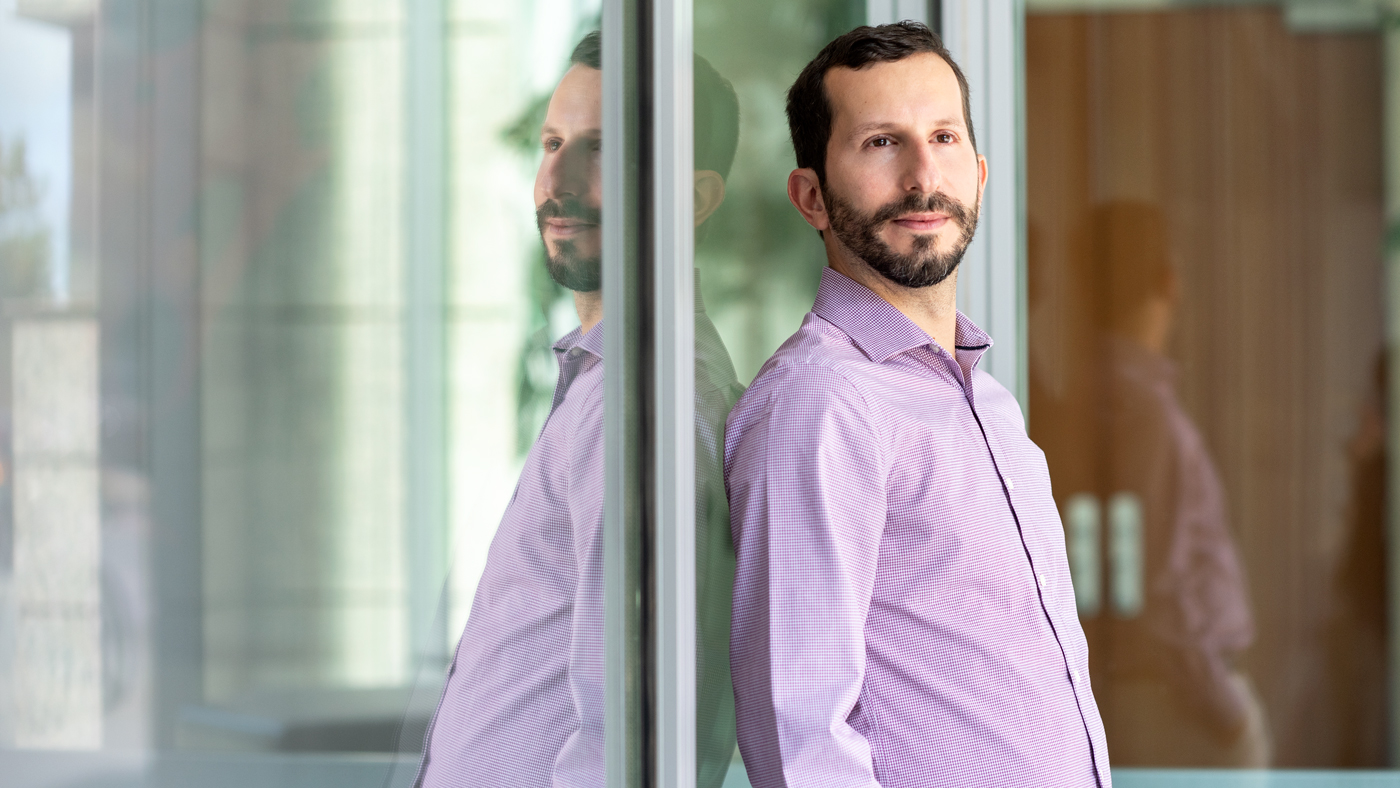 A long-time drummer and improv teacher, Alexanian is drawn to the creative and storytelling aspects of biology.

After he graduated, Alexanian spent several months at the Walter and Eliza Hall Institute in Melbourne, Australia, working with epigenomics pioneer Marnie Blewitt, PhD. Armed with enthusiasm, Alexanian returned to Europe for a graduate degree in stem cell biology at the University of Lausanne in Switzerland. He joined the lab of cardiovascular researcher Thierry Pedrazzini, PhD, to carry out studies on how genes were being regulated in stem cells. It was there that he became enamored with the heart.

“My project was very focused on stem cell epigenomics,” he recalls. “But I was surrounded by people talking about cardiovascular disease and I realized how important it was for society to tackle this disease.”

As a postdoctoral researcher at Gladstone, Alexanian merged these two interests—epigenomics and cardiovascular disease. In 2021, with colleagues in the Gladstone Institute of Cardiovascular Disease, he reported a master switch for heart fibrosis, MEOX1, responsible for altering levels of thousands of other genes. Now, Alexanian plans to follow up on that work with animal studies, showing how MEOX1 is affected by neighboring immune cells, and how targeting the MEOX1 gene could prevent or treat fibrosis of the heart and other organs.

Over the last decade, Alexanian has let his curiosity guide him from lab to lab around the world. Through it all, he has tried to pursue research that lets him think creatively. He says that biology often has a storytelling aspect that appeals to him.

Indeed, he traces his love of science to the movie Jurassic Park, which he watched five times in the first 2 weeks it was being shown in Italian theaters. Then, with a group of elementary school friends, he pretended to isolate DNA from a mosquito trapped in amber. He never resurrected any ancient animals, of course, but the fun of experimentation stuck with him.

“The most effective way to do science is by really using the environment and experts around you to your advantage. Gladstone is a place that makes it very easy to do this.”

For Alexanian, though, creative thinking isn’t limited to his science. A long-time drummer and theater fan, he joined an improvisational acting group during graduate school in Lausanne.

“I absolutely fell in love with improv,” he says. “There’s a lot of unappreciated technical preparation behind the scene, but then there’s obviously this creative aspect on stage as well.”

In San Francisco, Alexanian couldn’t find a comparable group—so he started one himself, founding “Improv at UCSF” to train scientists in improvisation. The class, which he teaches, is not only a fun outlet for scientists of all levels and disciplines, but also a way to help them develop their leadership and communication skills.

At Gladstone, Alexanian has found an outlet for his scientific creativity. He says the comradery and deep knowledge in both epigenomics and cardiovascular science make it feel like the right place to launch his lab.

“The most effective way to do science is by really using the environment and experts around you to your advantage,” he says. “Gladstone is a place that makes it very easy to do this.”

Michael Alexanian, PhD, is an assistant investigator at Gladstone Institutes and an assistant professor in pediatrics at UC San Francisco.

Alexanian received his bachelor’s and Master's degrees from the University of Florence in Italy. After he graduated, Alexanian spent several months at the Walter and Eliza Hall Institute in Melbourne, Australia, working with epigenomics expert Marnie Blewitt. Alexanian returned to Europe for a graduate degree in stem cell biology at the University of Lausanne in Switzerland in the lab of Thierry Pedrazzini. During his doctoral studies, he investigated the role of non-coding RNAs, including transcribed enhancers and long non-coding RNAs, in pluripotency and early cell fate specification. During his postdoctoral work at Gladstone under the supervision of Deepak Srivastava and Saptarsi Haldar, Alexanian discovered gene programs related to cellular plasticity in the context of heart failure. 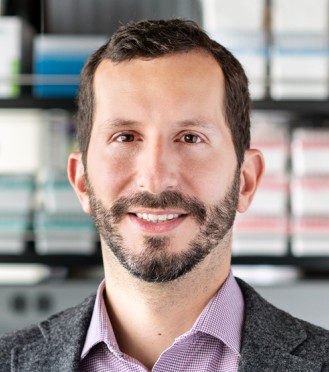