Michael Alexanian, a postdoc in the Srivastava Lab, helped discover a gene that could prevent fibrosis in the heart.

A healthy heart is a pliable, ever-moving organ. But under stress—from injury, cardiovascular disease, or aging—the heart thickens and stiffens in a process known as fibrosis, which involves diffuse scar-like tissue. Slowing or stopping fibrosis to treat and prevent heart failure has long been a goal of cardiologists.

Now, researchers at Gladstone Institutes have discovered a master switch for fibrosis in the heart. When the heart is under stress, they found, the gene MEOX1 is turned on in cells called fibroblasts, spurring fibrosis. Their new study, published in the journal Nature, suggests that blocking this gene could prevent fibrosis in the heart—and other organs that can similarly fail from stiffening over time.

“With these findings, we may have an entirely new way to stop that slow but steady progression of heart failure that affects 24 million people worldwide,” says Deepak Srivastava, MD, president and senior investigator at Gladstone and senior author of the study. “Right now, we don’t have any drugs that effectively prevent fibrosis.” 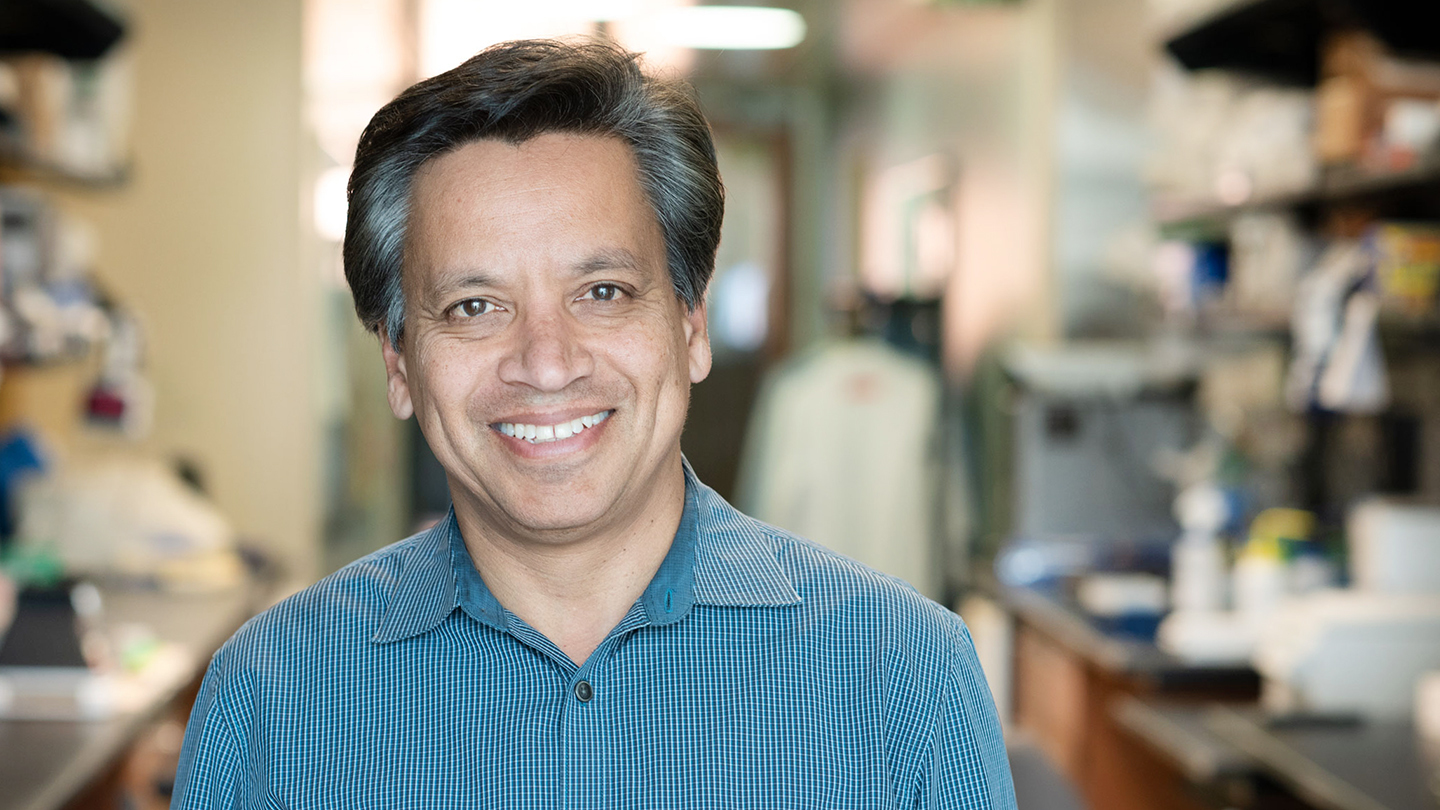 Deepak Srivastava and his team hope to identify a new approach to prevent the detrimental development of scar-like tissue in the heart and other organs.

Fibroblasts are key to normal organ repair and integrity; they’re the most abundant cell in connective tissue and congregate at sites of bodily damage or disease. In many cases, their presence is beneficial. They help launch immune responses, mediate inflammation, and rebuild tissue. But in chronic disease, activated fibroblasts can continuously create scar tissue, impeding normal organ function.

Researchers knew that in mice with heart disease, blocking a class of proteins known as BET proteins slowed fibrosis and improved heart function, although it wasn’t clear which cell type in the heart was being affected. They also knew that BET proteins are needed throughout the body for many important functions, including normal immunity.

“To treat a heart failure patient with a BET inhibitor is a sledgehammer approach, because we might prevent fibrosis, but we’d likely also disrupt many other critical cellular functions throughout the body in the process,” says Srivastava, who is also a pediatric cardiologist and a professor in the Department of Pediatrics at UC San Francisco (UCSF). “Our hope was that if we could understand the precise mechanism through which BET works in the heart, we could home in on a narrower target with fewer side effects.”

Srivastava’s group studied mice who developed heart failure, and treated them daily with a BET inhibitor for 1 month. The researchers used single-cell RNA sequencing and single-cell epigenomics—which can reveal which genes in a cell are accessible and being turned on at any given time—to compare heart cells from mice before, during, and after the treatment, and correlate those results with heart function.

These technologies allowed the researchers to analyze thousands of cells at once, and separate them based on their specific cell type. Thanks to a close collaboration with the laboratory of Katie Pollard, PhD, at Gladstone, they developed new computational methods to learn from the vast amount of data generated by their analysis.

While the scientists didn’t find significant changes to heart muscle cells, they observed that the treatment induced striking changes in cardiac fibroblasts, which represent more than half the cells in the human heart.

In particular, the researchers discovered that the gene MEOX1 was highly active in the mice with heart failure and that its levels dramatically dropped when the mice were treated with the BET inhibitor. Moreover, the levels of MEOX1 correlated with activation of the fibroblasts; when the gene was switched on, the fibroblasts were better at making scar tissue. In fact, MEOX1 seemed to be a “master regulator” of fibroblast activation, controlling thousands of other genes that contribute to fibrosis.

“MEOX1 is a gene known to be important in early development, but not much was known about it in adult disease, so our findings were quite surprising,” says Michael Alexanian, PhD, a Gladstone postdoctoral scholar and first author of the new study. 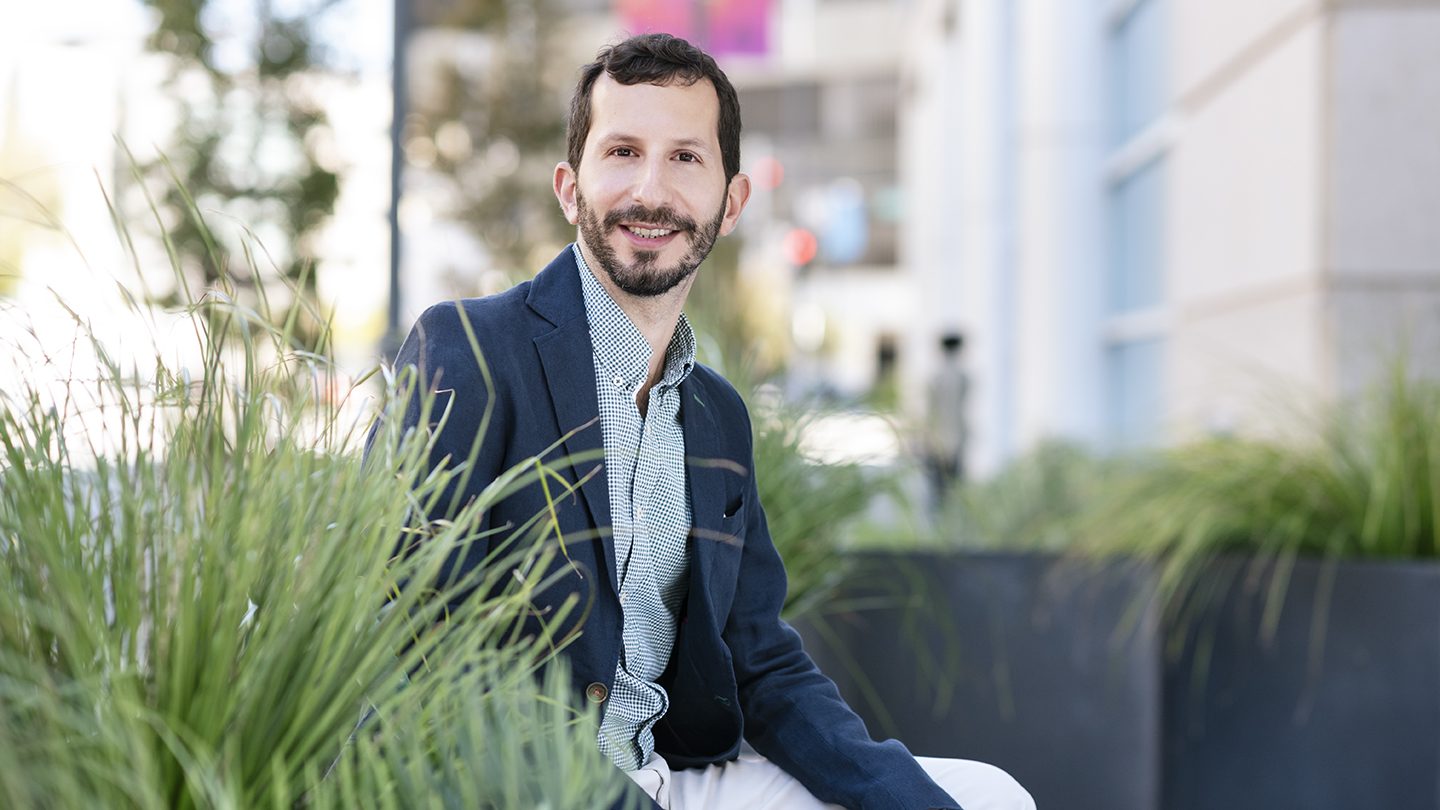 Michael Alexanian, the study's first author, showed that deleting a small part of DNA blocks the activation of fibroblasts.

The findings point to the precise part of the DNA, regulated by BET, that is responsible for MEOX1 to be turned on in disease states. Using CRISPR genome-editing technology, the scientists showed that deleting this small part of the DNA prevented MEOX1 from being activated, even under stress.

The team went on to show that blocking MEOX1 from being switched on had the same effects as a BET inhibitor—it blocks the activation of fibroblasts. The researchers also studied other organs that commonly become fibrotic with disease, and found that cellular stress led to higher levels of MEOX1 in human lung, liver, and kidney fibroblasts.

“Fibrosis is much broader than just the heart; it affects many other organs,” says Srivastava. “We hope this discovery provides an avenue to slow down or stop fibrosis in many settings.”

More studies are needed to show whether blocking MEOX1 could have therapeutic value in humans. Srivastava and his colleagues are now conducting additional studies to better understand the long-term role of MEOX1 in heart disease and heart failure.

“In a coordinated effort to design novel therapies for heart failure, researchers are looking for molecular clues to use as therapeutic targets,” says Bishow Adhikari, PhD, a program officer in the heart failure and arrhythmias branch, located within the Division of Cardiovascular Sciences at the National Heart, Lung, and Blood Institute. “These findings are highly informative and bring researchers closer to advancing new therapeutic strategies to better predict and treat heart disease.”

The paper “A Transcriptional Switch Governs Fibroblast Activation in Heart Disease” was published by the journal Nature on June 23, 2021.