Julia Carnevale and her colleagues in the Gladstone-UCSF Institute of Genomic Immunology discovered that turning off a gene in T cells could make them more resilient in immunotherapy treatments.

T cells used in immunotherapy treatments can get exhausted by the task of fighting cancer cells or get shutdown as they enter tumors. Using a CRISPR-based edit on these cells’ genomes, researchers at UC San Francisco and Gladstone Institutes have rendered the therapeutic cells more resilient. The discovery may help overcome a major factor limiting the success of these promising therapies in curbing both solid and liquid tumors.

“We’ve succeeded in engineering better, stronger, longer-lived T cells that we think will improve treatment of both blood and solid cancers,” says Alex Marson, MD, PhD, who, along with cancer biologist Alan Ashworth, PhD, FRS, led the study published in Nature. “It’s an example of how we’re using the power of CRISPR to accelerate the design of improved T-cell therapies.”

Marson also heads up the Gladstone-UCSF Institute of Genomic Immunology, a joint effort of the two institutions to bring a combination of advanced genomic technologies to bear on the creation of new cell-based immunotherapies.

“These genomic innovations are creating avenues to tackle the challenges of developing highly effective and precisely targeted immunotherapies,” says Ashworth, president of the Helen Diller Family Comprehensive Cancer Center. “The capacity to direct cell behavior by manipulating the genome will likely lead to transformational changes in the treatment of many diseases.”

One of the major challenges of developing highly effective cancer immunotherapies is the fact that tumors exist in an environment that suppresses T cells and other immune cells, allowing the tumor to form and grow. Therapeutic T cells, engineered from a patient’s own T cells to recognize and kill tumor cells, often get exhausted or dysfunction as they battle this environment, becoming unable to take down the cancer cells.

“By knocking out one individual gene, we’ve created cells that are not just potent tumor cell killers, but also more persistent killers over a long period of time,” says physician-scientist Julia Carnevale, MD, a corresponding author on the study, who has recently started her own lab in UCSF’s Department of Medicine, pursuing new strategies to engineer superior cell therapies for cancer treatment.

Using a set of CRISPR screens that allowed them to turn off each gene in the genome, one at a time, in a pool of human T cells, the team found a handful of candidates that could render the T cells resistant to key aspects of the immune-suppressive microenvironment often found in tumors.

Carnevale, who is also an affiliate investigator at Gladstone, and co-corresponding author Eric Shifrut, PhD, were particularly intrigued by one gene named RASA2, because it had never been associated with immune cell function before.

“This was uncharted T-cell biology,” says Shifrut, a former postdoctoral scholar in the Marson lab and now assistant professor at Tel Aviv University. “By focusing on RASA2, we wanted to find out whether controlling expression of the gene in human T cells might make them more sensitive immunotherapy agents.”

“It seems as if we found the brake in the system and when we take it off, we unleash the potential of these therapeutic cells.”

Leveraging models created by corresponding authors Giedre Krenciute, PhD, of St. Jude Children’s Research Hospital and Justin Eyquem, PhD, the team created T cells with the RASA2 gene knocked out. They then subjected these T cells to various “stress tests” by exposing them repeatedly to cancer cells as well as to models of the tumor microenvironment.

They compared the performance of these cells to that of the original therapeutic T cells that still contained a functioning RASA2 gene. Long after the original cells had lost their cancer-fighting abilities, the cells with RASA2 knocked out remained remarkably tireless.

The results were consistent in tests on different types of engineered T cells in which the team had blocked RASA2, and across cells from many different human donors and in models of both liquid and solid cancer.

“The knockout cells could just keep killing,” says Carnevale. “It seems as if we found the brake in the system and when we take it off, we unleash the potential of these therapeutic cells.”

Now that Carnevale has a promising target, she and her colleagues are investigating it in preclinical models to streamline its effectiveness and assess its safety, a vital aspect of the research, says Shifrut.

“We want to ensure that when we remove RASA2’s braking effect, the T cells only recognize and attack cancer cells, and not healthy cells,” he says.

In collaboration with other labs at the Gladstone-UCSF Institute of Genomic Immunology, the researchers are laying the groundwork for a clinical trial by combining multiple novel technologies with RASA2 deletion, to improve an already-existing T-cell therapy.

“Even in the best-case scenarios, immunotherapy treatments don’t work for all patients and there are many examples of relapse,” Carnevale says. “If we can push the boundary of this therapeutic approach by figuring out the right ways to rewire T cells, that would be really exciting.”

Carnevale and Shifrut credited the unbiased and methodical CRISPR screening method for uncovering this unsuspected gene, saying the approach points the way to unconsidered biology and broadens the impact of studies like these.

Marson agreed. “This study taught us that RASA2 has roles in immunology that had previously been unexplored,” he says. “Similar systematic studies, using CRISPR to look at every gene in the genome, will not only accelerate design of cancer therapies, but should also aid in designing cellular medicines that are better at treating all kinds of conditions, from autoimmune disorders to infectious disease.”

The study “RASA2 ablation in T cells boosts antigen sensitivity and long-term function” was published in Nature on August 24, 2022. 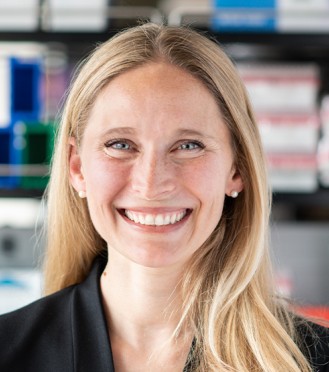 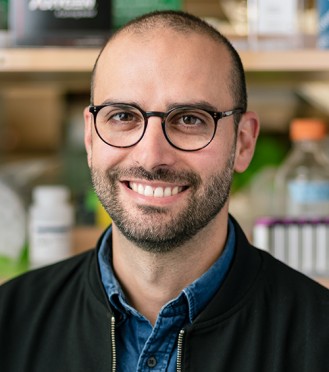