Getting to the Heart of Complex Disease

A team of researchers at Gladstone developed a novel method for identifying genetic variants that are likely to play important roles in congenital heart disease, opening up opportunities to accelerate research into this serious condition.

Nearly 1 percent of all children are born with congenital heart disease—a range of potentially life-threatening problems with the structure and function of their hearts. For most children, the precise causes of these frightening defects are unknown.

The culprits appear to be abnormal versions, or variants, of genes that are involved in the formation of the heart in the womb. But much remains to be learned about exactly which genes contribute to congenital heart disease and how they interact with each other.

Now, reported in the scientific journal Cell, researchers at Gladstone Institutes have developed a novel method for identifying genetic variants that are likely to play important roles in congenital heart disease, opening up opportunities to accelerate research into this serious condition. The study was led by Gladstone President and Senior Investigator Deepak Srivastava, MD, and Katie Pollard, PhD, director of the Gladstone Institute of Data Science and Biotechnology.

“Previous methods have generated long lists of variants detected in patients, but many actually turned out to be inconsequential, so a major challenge in the field has been identifying which variants are most important,” says Srivastava, who is also a pediatric cardiologist and a professor in the Department of Pediatrics at UC San Francisco (UCSF). “Our approach pinpoints variants that are most likely to be involved in disease, allowing us to focus on those variants, deepen understanding of the underlying biology of the disease, and, we hope, move more rapidly toward new treatments.”

Rather than looking at variants in isolation, the novel strategy considers the interactions between proteins to zero in on which variants might be causing disease—in this case, congenital heart disease.

The proteins GATA4 and TBX5 were already known to be required for healthy human heart formation, and to collaborate with a network of additional proteins to help grow a heart. Mutations in the other proteins in the network could, in theory, contribute to heart malformation.

To identify these potential culprit genes, the researchers carefully mapped out the entire network of interactions between the GATA4 and TBX5 proteins using precursor heart cells grown from human induced pluripotent stem cells. Next, they cross-referenced this 273-protein network with DNA sequencing data from over 3,000 children with congenital heart disease and their parents, developed by a National Institutes of Health–funded consortium. 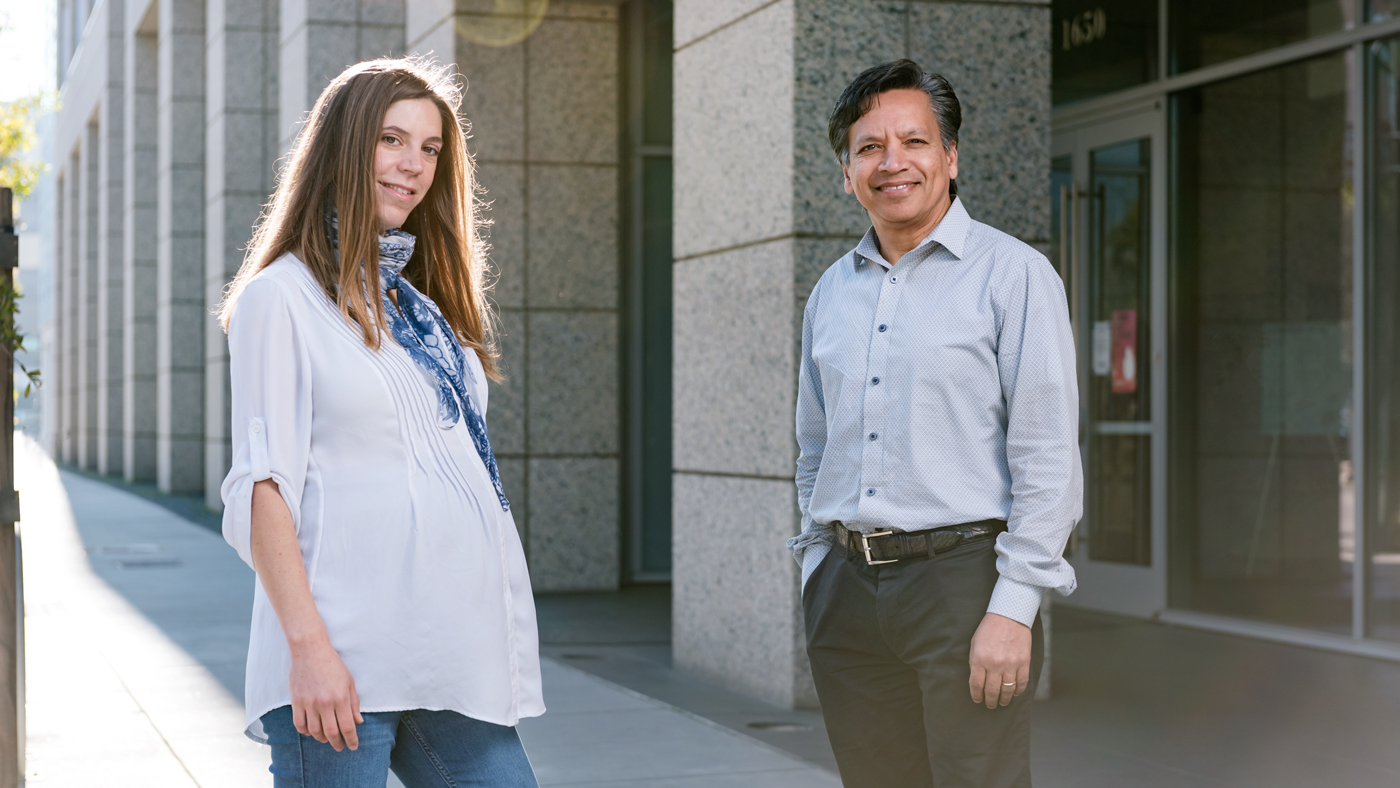 Several dozen variants in the children’s sequencing data matched specific proteins also found in the GATA4-TBX5 network, far more than expected, pinpointing them as candidates that may contribute to congenital heart disease.

“We first identified important protein networks in the types of cells affected in congenital heart disease, and then integrated large-scale, protein-coding sequencing data,” says Bárbara González Terán, PhD, lead author of the study and a postdoctoral scholar in Srivastava’s lab. “Many scientists had speculated this approach was possible, but to our knowledge, this is the first time it has actually been done, for any disease.”

Determining whether each of the candidate variants identified in the GATA4-TBX5 network actually contribute to heart disease would involve years of research. So instead, for the final step of their new method, Maureen Pittman, a UCSF graduate student in Pollard’s lab, developed a computational tool that ranks the candidates according to their likelihood of contributing to congenital heart disease. This ranking algorithm takes into account characteristics of the variant, the affected gene, and the type of heart defect found in patients with the variant.

“Of the top-ranking variants we identified with the algorithm, some were in genes already known to contribute to congenital heart defects,” says Pittman. “But many had never before been linked to heart development, including a protein called GLYR1, which is involved in turning other genes on and off.” 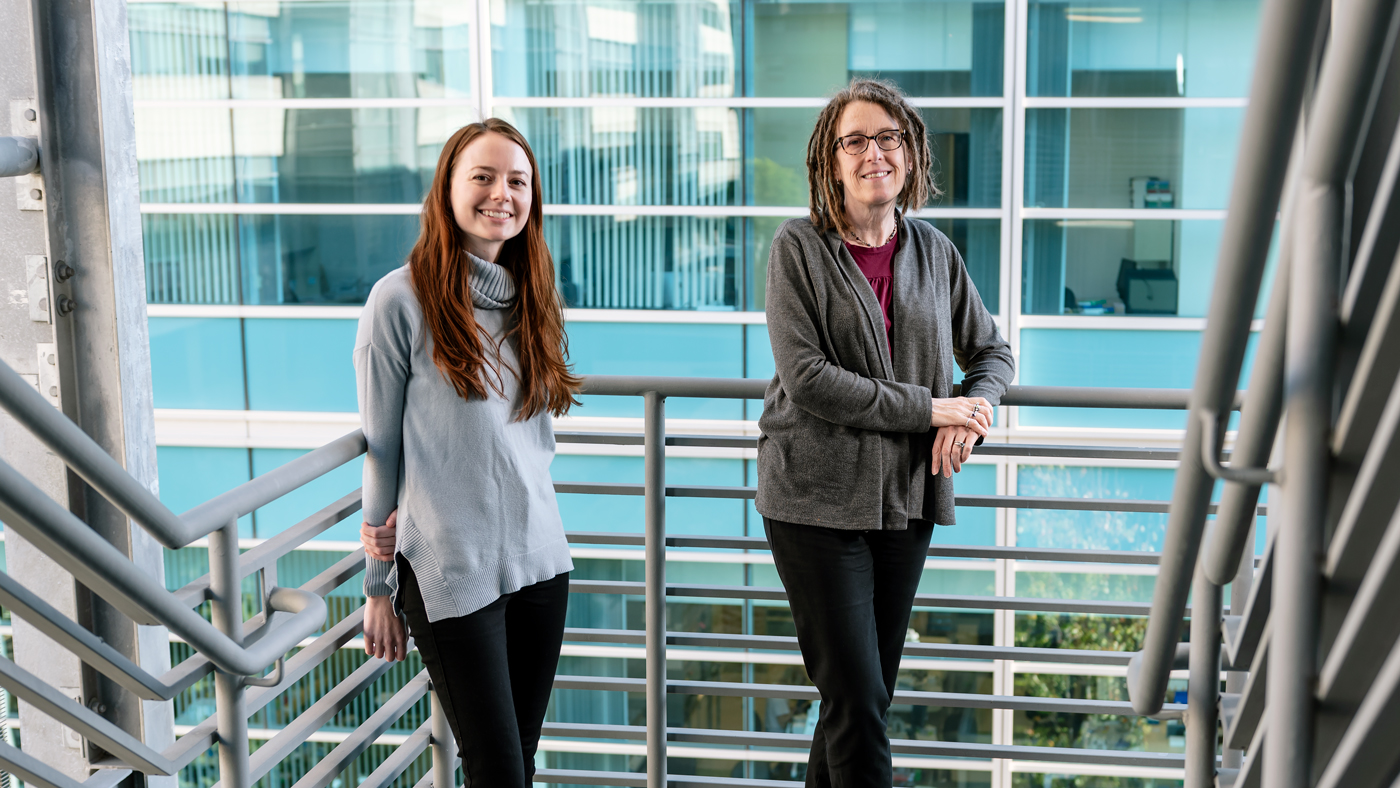 The computational tool developed by Maureen Pittman (left) and Katie Pollard (right) helps provide a better understanding of the genetic basis of complex diseases, such as congenital heart disease.

Additional experiments in cells and mice indicated that GLYR1 indeed plays a central role in the formation of the heart, and a patient variant of GLYR1 disrupts heart development by hampering its interaction with GATA4.

“Identifying GLYR1 as a key gene in heart development opens up a whole new biological space for understanding how this system works,” says Srivastava. “We will continue to study the biology of GLYR1, and we hope that others will follow up on the other high-scoring variants we found.”

Srivastava notes that the new study relied heavily not only on computational techniques developed in the Pollard Lab, but also on proteomics techniques from the lab of Nevan Krogan, PhD, senior investigator at Gladstone and director of the Quantitative Biosciences Institute at UCSF.
“The dynamic and teamwork-focused efforts at Gladstone really made this possible,” says Srivastava.

Thanks to advancements in surgery, millions of children with heart defects now survive to adulthood. But many continue to face lifelong problems, such as an increased risk of heart failure.

“A better understanding of the genetic basis of congenital heart disease could point to new strategies for not only blocking the development of the disease, which is currently very challenging, but also for alleviating issues that persist after surgery in order to improve quality and length of life,” says González Terán.

The researchers believe the power of their new method lies in its promise to help illuminate how combinations of variants—rather than single variants on their own—work together to cause congenital heart disease.

“Rarely is this disease caused by a single gene; a patient with the GLYR1 variant, for instance, could perhaps have additional variants inherited from their parents that by themselves were not enough to cause disease, but do so alongside the GLYR1 variant,” says Pollard, who is also a professor at UCSF and a Chan Zuckerberg Biohub investigator. “Our new approach could help identify specific combinations of variants that cause heart defects.”

This method could also be adapted to identify combinations of variants that may underlie other complex diseases. For instance, Pollard’s team is already looking into applying it to neurodevelopmental disorders, including autism and epilepsy.

“With more and more sequencing data being generated every year from patients with complex diseases, our approach will help guide where to focus among all the detected variants,” Srivastava says.

The paper, “Transcription Factor Protein Interactomes Reveal Genetic Determinants in Heart Disease,” was published by the journal Cell on February 18, 2022.