Nevan Krogan led two studies in human cells that open the door for much-needed treatments for three of the world’s most devastating viruses.

No drugs are currently available to treat Ebola, Dengue, or Zika viruses, which infect millions of people every year and result in severe illness, birth defects, and even death. New research from Gladstone Institutes and UC San Francisco may finally change that. Scientists identified key ways the three viruses hijack the body’s cells, and they found at least one potential drug that can disrupt this process in human cells. What’s more, they discovered how the Zika virus might cause microcephaly in infants, the first step in developing a way to stop the disease.

Published in back-to-back papers in the December 13, 2018, issue of the scientific journal Cell, the researchers employed a technique called protein–protein interaction mapping to probe the three viruses. The method uses human cells in laboratory dishes to create a map of each point of contact between viral and human proteins.

The scientists, whose work was conducted under the umbrella of the Host Pathogen Mapping Initiative launched by the Quantitative Biosciences Institute (QBI) at UCSF, are using these comprehensive maps to target the interactions and try to kill the infection.

“We’ve employed our systematic protein–protein interaction strategy on Ebola, Dengue, and Zika to get a better sense of how these three very problematic viruses hijack, rewire, and infect human cells,” said the leader of the two studies Nevan Krogan, PhD, a senior investigator at Gladstone Institutes, the director of QBI at UCSF, and a professor of cellular and molecular pharmacology at UCSF. “To me, what’s most interesting is when we see the same human machinery being hijacked by seemingly very different viruses and different pathogenic proteins.”

By comparing one virus’s map to another, the researchers can find human proteins that are routinely targeted by several different viruses, and that could potentially be involved in other types of human disease as well.

This means targeting those human proteins—which could be considered the weak points of human biology—may be effective in treating many different diseases. For instance, Krogan and his team found that a drug candidate initially explored for cancer treatment can successfully wipe out the infection caused by Dengue and Zika in human cells.

Ratcheting up the Body’s Defenses against Ebola

The interaction first caught their attention because it was such a strong one, but RBBP6 ended up being a particularly intriguing protein because it has emerged in other virus–protein interaction maps, leading Krogan to believe it plays an important role in the immune system.

It turns out that RBBP6 mimics another Ebola protein called NP. VP30 and NP need to bind to one another in order for the Ebola virus to replicate. However, the human protein RBBP6 interrupts this process by attaching to VP30 instead. So, by blocking the connection between the two Ebola proteins, RBBP6 effectively stops the virus from replicating.

To their surprise, the researchers didn’t discover a way the virus attacks the host (in this case, human cells). Rather, they found a way for the host to fend off the virus.

“We often find viral proteins that have evolved to mimic human proteins, but here it’s the opposite,” said Jyoti Batra, PhD, one of the first authors of the paper and a postdoctoral scholar at Gladstone who was formerly in Basler’s laboratory at Georgia State University. “It appears our body has a natural way to fight off Ebola infection, and the virus hasn’t gotten around it. Keep in mind, we still don’t have great mechanisms to fight off Ebola, but without this protection the virus would be even deadlier.”

To test this theory, Batra worked with the study’s other first author Judd Hultquist, PhD, who conducted the research as a postdoctoral scholar in Krogan’s lab at Gladstone and UCSF and is now an assistant professor at Northwestern University Feinberg School of Medicine. Together, they engineered human cells to either have none of the protein RBBP6 or much higher levels than normal. Then, they infected the cells with the Ebola virus. In cells with no protective protein, infection rates went up fivefold. But the cells with extra protein strongly prevented infection by the virus.

Krogan’s team is now working to identify drugs that can mimic the effects of RBBP6 to fight off Ebola infection.

“This is a key interaction,” said Krogan. “The question is whether we can manipulate it in an effective pharmacological way for it to have therapeutic value.”

In the second paper, Krogan’s laboratory worked with researchers at Icahn School of Medicine at Mount Sinai and Baylor College of Medicine. They explored the related Dengue and Zika viruses, which are both transmitted by mosquitos and cause similar clinical symptoms.

The scientists hypothesized that if the two viruses interact with human proteins in similar ways, targeting those protein interactions could be the best way to fight the infections. They also mapped the interactions between the Dengue virus and mosquito proteins to compare it to the human–virus protein maps.

“There is something really fascinating about a virus that can do the same thing in two organisms, the human and the mosquito, that have diverged over hundreds of millions of years of evolution,” said Priya Shah, PhD, an assistant professor of chemical engineering and microbiology and molecular genetics at UC Davis who conducted the research while she was a postdoctoral researcher at UCSF. “The virus replicates essentially in the same way in both human and mosquito cells. So, if we can home in on the shared parts of these cells that are exploited by the virus, we could identify a potentially powerful therapeutic target.”

Comparing the three maps, the scientists identified one interaction that occurred in both viruses and both host species: the viral protein NS4A and the host protein SEC61. SEC61 is known to play a critical role in some forms of cancer, and Krogan’s colleague at UCSF, Jack Taunton, PhD, had previously developed compounds targeting these proteins as potential anti-cancer drugs. When the compounds were added to the human and mosquito cells, they effectively wiped out both the Dengue and Zika infections.

“We’ve developed an early-stage compound that has very potent antiviral activity against both Zika and Dengue in human and mosquito cells,” said Taunton, a professor in the Department of Cellular and Molecular Pharmacology at UCSF. “Now we need to tweak the molecule to optimize its safety and efficacy before it can be tested in patients.”

“Here’s a great example of repurposing a compound originally developed for one disease and using it to have an effect on another disease,” said Krogan. “It comes back to the bigger picture: by looking across these datasets and across diseases, we can find new connections and innovative solutions.”

Although Dengue and Zika are very similar, only Zika causes the devastating birth defect microcephaly. So, in the final set of experiments, Krogan’s team looked for examples where Zika proteins interacted with human proteins, while Dengue proteins did not.

One interaction that especially stood out was between the Zika protein NS4A and the human protein ANKLE2, which is important for brain development. Mutations in ANKLE2 have previously been linked to hereditary microcephaly.

The scientists found that the Zika protein appears to inhibit the function of ANKLE2, ultimately impairing brain development and leading to microcephaly. The researchers plan to use this knowledge to start developing ways to target ANKLE2 to prevent Zika-related microcephaly.

The two studies have given the scientists promising leads either to develop new therapies for Ebola, Dengue, and Zika, or repurpose existing ones. By targeting the protein interactions identified in the two studies—especially the human proteins RBBP6 and SEC61—the researchers were able to eradicate all three viruses from human cells, a crucial start in developing potential treatments for the diseases.

The research will continue under the BioFulcrum Viral and Infectious Disease Research Program at Gladstone and Host Pathogen Mapping Initiative at UCSF, which was recently bolstered by a center grant from the National Institutes of Health for $8 million to focus on tuberculosis and Staphylococcus. The two broad-reaching research programs have previously produced protein–protein interaction maps for HIV, tuberculosis, hepatitis C virus, herpesvirus, human papillomavirus, and chlamydia.

“We’re starting to see there’s overlap among the proteins hijacked by different viruses,” said Krogan. “Not only that, but these same proteins are often mutated in diseases with genetic roots, like cancer and autism. The more commonalities we can find between seemingly unrelated diseases, the better we can identify therapies to treat these devastating conditions.” 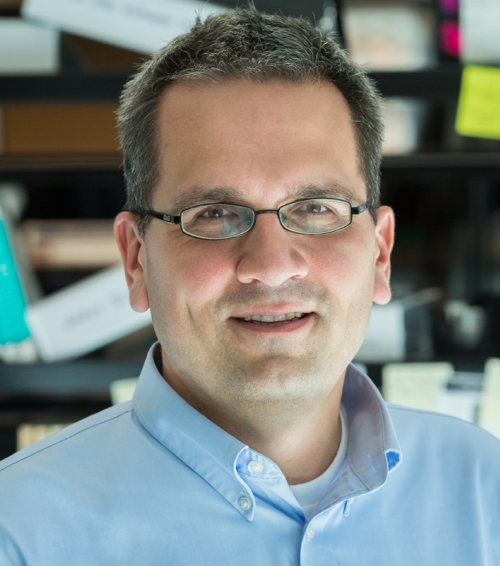