Yadong Huang and his collaborators discovered that an existing drug called bumetanide reverses signs of Alzheimer’s disease in mice and may prevent the disease in humans. Shown here with Research Scientist Yanxia Hao.

The race to develop drugs to treat Alzheimer’s disease, which currently affects an estimated 6 million Americans, has been slow-going. Now, researchers have found a possible treatment for the neurodegenerative disease in a surprising place: a database of drugs already approved by the US Food and Drug Administration (FDA).

Researchers at Gladstone Institutes teamed up with scientists from UC San Francisco (UCSF) and Icahn School of Medicine at Mount Sinai and discovered that bumetanide—used for more than 30 years to treat the retention of fluids associated with conditions like hypertension and heart failure—reverses signs of Alzheimer’s disease in mice, as well as in human brain cells. Moreover, when they analyzed electronic health records from two independent institutions, the team discovered that people over 65 who took bumetanide were less likely to develop Alzheimer’s disease than those who didn’t.

“This is a drug with a well-established safety record, so it could reach patients much faster than typical drug development takes,” says Gladstone Senior Investigator Yadong Huang, MD, PhD, a senior author of the new study published in the journal Nature Aging, which was funded by the National Institutes of Health (NIH).

“Though further tests and clinical trials are needed, this research underscores the value of big data-driven tactics combined with more traditional scientific approaches to identify existing FDA-approved drugs as candidates for drug repurposing to treat Alzheimer’s disease,” said Richard J. Hodes, MD, director of the NIH’s National Institute on Aging in a statement.

An Alternative Approach to Drug Discovery

Developing new, targeted drugs for complex conditions like Alzheimer’s disease is a notoriously long and expensive process. In 2017, with the goal of bringing safe treatments to patients more quickly, Huang launched the Gladstone Center for Translational Advancement to repurpose FDA-approved drugs for new uses.

Huang’s approach centers around the idea that patients with Alzheimer’s disease may have different underlying causes of neurodegeneration, and therefore, the efficacy of specific treatments may differ among patients—a strategy called precision medicine. However, in the large clinical trials required for new drugs, it can be hard to pinpoint whether a drug is effective in only a subpopulation of the patients.

Therefore, the research team used a computational approach to identify unique gene expression profiles (or the level to which genes are turned on or off) associated with Alzheimer’s disease in brain tissues from specific subgroups of patients. They then screened a database of existing drugs to find the ones most likely to reverse the altered gene expression profiles in each subgroup. 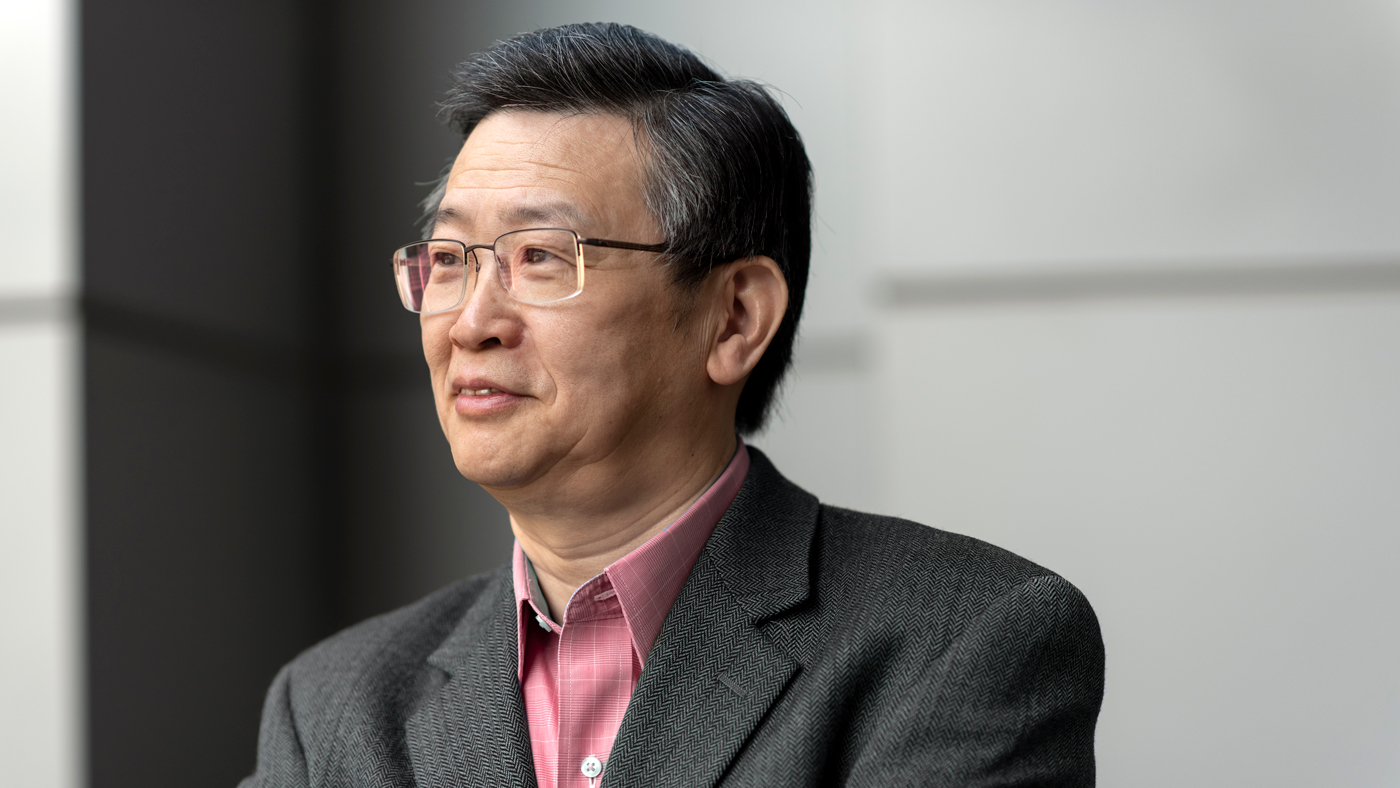 In the new study, the researchers first analyzed a publicly available database of 213 brain samples from people with and without Alzheimer’s disease, including people with different versions of a gene called APOE, the major genetic risk factor for the disease.

The researchers next queried a database of more than 1,300 existing drugs to look for those able to change the altered gene expressions they had identified for subgroups of Alzheimer’s patients. They zeroed in on the top five drugs that might reverse the altered gene expressions found in Alzheimer’s patients carrying two copies of the high-risk APOE4 version.

“This unbiased approach allowed us to find which drugs might be able to flip the altered gene expression associated with APOE4-related Alzheimer’s disease back to the normal state,” says Alice Taubes, PhD, lead author of the study and former graduate student in Huang’s lab at Gladstone and co-mentored by Marina Sirota at UCSF. “It gave us important clues in solving the puzzle of which drugs could be effective against APOE4-related Alzheimer’s disease.”

After looking at the known mechanisms and previous data on the drugs in their top-five list, the researchers homed in on bumetanide, a diuretic that reduces extra fluid in the body caused by heart failure, liver disease, and kidney disease. Bumetanide is known to work by changing how cells absorb sodium and chloride—both important not only for maintaining appropriate levels of water throughout the body, but also for electrical signaling of neurons in the brain.

A Path toward the Clinic

Huang and his team tested the effect of bumetanide on mice genetically engineered to have human APOE genes. Mice with two copies of the human APOE4 version typically develop learning and memory deficits around 15 months of age—the equivalent of roughly 60 years in humans. But when the researchers treated the mice with bumetanide, they no longer developed such deficits. In addition, the drug rescued alterations in electrical brain activity that can underlie these cognitive deficits.

Lastly, when the researchers studied the effect of the drug on human neurons derived from skin cells of Alzheimer’s patients carrying the APOE4 gene, they found that bumetanide reversed the gene expression changes associated with the disease.

“In traditional drug development, in addition to animal and cell studies, we would typically need to do in-depth safety testing before launching clinical trials in humans,” said Marina Sirota, PhD, an associate professor at the Bakar Computational Health Sciences Institute at UCSF and a co-senior author of the study. “But with an existing FDA-approved drug, we can leverage the real-world human data to test, in silico, what the drug might be able to achieve.”

"This may be a really efficient way to find better drugs for Alzheimer’s and other complex age-related diseases."

In this in silico (or computer-based) analysis, the researchers evaluated two large electronic health record databases—one from UCSF containing information on 1.3 million patients seen from 2012 through 2019, and another from the Mount Sinai Health System covering 3.9 million patients seen from 2003 through 2020. They narrowed in on more than 3,700 patients who had taken bumetanide and were over the age of 65, and compared them to patients of similar age and health who had taken different diuretic drugs. Strikingly, the patients who had taken bumetanide were 35 to 75 percent less likely to be diagnosed with Alzheimer’s disease.

“Since the two electronic health record databases do not separate patients according to their APOE versions, these real-world data suggest that bumetanide might work more broadly against Alzheimer’s disease, beyond the patients who carry two copies of APOE4,” says Huang, who is also a professor of neurology and pathology at UCSF.

Based on all these findings, Huang and his colleagues are now planning to work with multiple medical centers to directly move bumetanide toward human clinical trials for treating Alzheimer’s disease, starting with APOE4 carriers. The researchers cautioned, however, that doctors should not prescribe bumetanide off label until a prospective clinical trial confirms its efficacy.

In parallel, the group is also studying other drugs that, based on their computational analysis, appeared to target altered gene expressions associated with APOE3-related Alzheimer’s disease.

“Our study highlights the power of combining computational drug repurposing with precision medicine, as well as the usefulness of leveraging existing sets of experimental and real-world data for rapid preliminary validation,” says Huang. “This may be a really efficient way to find better drugs for Alzheimer’s and other complex age-related diseases.”

The paper “Experimental and Real-World Evidence Supporting the Computational Repurposing of Bumetanide for APOE4-related Alzheimer’s Disease” was published in the journal Nature Aging on October 11, 2021. 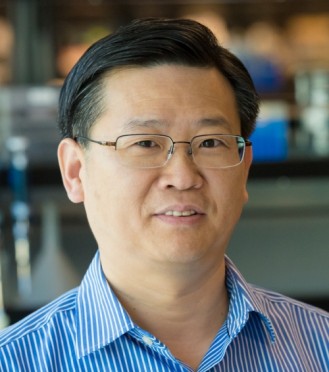