Deepak Srivastava and his team found a drug candidate that could help prevent tens of thousands of heart surgeries every year.

Calcific aortic valve disease is not only the most common valve disease in the elderly, it’s also the third leading cause of heart disease overall. For those affected, calcium starts to accumulate in their heart valves and vessels over time, until they harden like bone. As a result, blood flow out of the heart’s pumping chamber to the body gets obstructed, leading to heart failure. Yet no medical therapy currently exists. All patients can do is wait for the calcification (or hardening) to become bad enough that they need surgery to replace their valve.

After 15 years of unrelenting work, a team of scientists from Gladstone Institutes has now discovered a potential drug candidate for heart valve disease that works in both human cells and animals and is ready to move toward a clinical trial. Their findings were just published in the journal Science.

“The disease is often diagnosed at an early stage and calcification of the heart valves worsens over the patient’s lifetime as they age,” says Gladstone President and Director of the Roddenberry Stem Cell Center Deepak Srivastava, MD, who led the study. “If we could intervene early in life with an effective drug, we could potentially prevent the disease from occurring. By simply slowing the progression and shifting the age of people who require interventions by 5 or 10 years, we could avoid tens of thousands of surgical valve replacements every year.”

This also applies to the millions of Americans—about one to two percent of the population—with a congenital anomaly called bicuspid aortic valve, in which the aortic valve only has two leaflets instead of the normal three. While some people may not even know they have this common heart anomaly, many will be diagnosed as early as their forties.

“We can detect this valve anomaly through an ultrasound,” explains Srivastava, who is also a pediatric cardiologist and a professor in the Department of Pediatrics at UC San Francisco (UCSF). “About a third of patients with bicuspid aortic valve, which is a very large number, will develop enough calcification to require an intervention.”

Srivastava’s research into heart valve disease started in 2005, when he treated a family in Texas who had this type of early-onset calcification. All these years later, thanks to the family’s donated cells, his team has finally found a solution to help them and so many others.

A Holistic Approach in the Hunt for a Therapy

Members of the family treated by Srivastava had disease that crossed five generations, enabling the team to identify the cause—a mutation in one copy of the gene NOTCH1. Mutations in this gene cause calcific aortic valve disease in approximately four percent of patients and can also cause thickening of valves that trigger problems in newborns. In the other 96 percent of cases, the disease occurs sporadically.

“The NOTCH1 mutation provided a foothold for us to figure out what goes wrong in this common disease, but most people won’t have that mutation,” says Srivastava. “However, we found that the process that leads to the calcification of the valve is mostly the same whether individuals have the mutation or not. The valve cells get confused and start thinking they’re bone cells, so they start laying down calcium and that leads to hardening and narrowing of the valves.”

In the hunt for a treatment, the group of scientists chose a novel, holistic approach rather than simply focusing on a single target, such as the NOTCH1 gene.

“Our goal was to develop a new framework to discover therapeutics for human disease,” says Christina V. Theodoris, MD, PhD, lead author of the study who is now completing her residency in pediatric genetics at Boston Children’s Hospital. “We wanted to find promising therapies that could treat the disease at its core, as opposed to just treating some specific symptoms or peripheral aspects of the disease.”

When Theodoris first joined Srivastava’s lab at Gladstone, she was a graduate student at UCSF. At the time, they knew the NOTCH1 gene mutation caused valve disease, but they didn’t have the tools to study the problem further, largely because it was very difficult to obtain valve cells from patients. 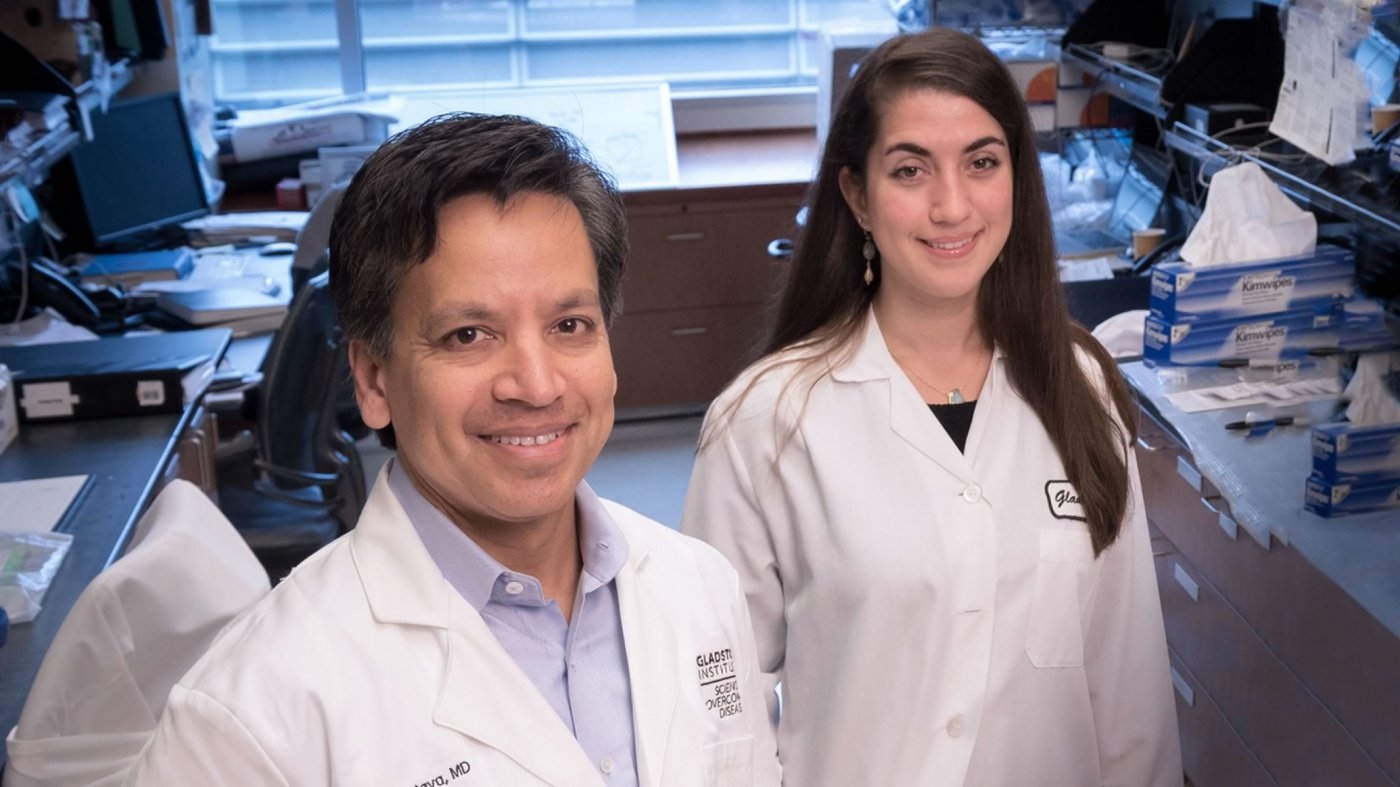 “My first project was to convert the cells from the patient families into induced pluripotent stem (iPS) cells, which have the potential of becoming any cell in the body, and turn them into cells that line the valve , allowing us to understand why the disease occurs,” says Theodoris. “My second project was to make a mouse model of calcific aortic valve disease. Only then could we start using these models to identify a therapy.”

One Drug Candidate Rises to the Top

For this latest study, the scientists searched for drug-like molecules that could correct the overall network that goes awry in heart valve disease and leads to calcification. To do so, they first had to determine the network of genes that are turned on or off in diseased cells.

Then, they used an artificial intelligence method, training a machine learning program to detect whether a cell was healthy or sick based on this network of genes. They subsequently treated diseased human cells with nearly 1,600 molecules to see if any drugs shifted the network in the cells enough that the machine learning program would reclassify them as healthy. The researchers identified a few molecules that could correct diseased cells back to the normal state.

“Our first screen was done with cells that have the NOTCH1 mutation, but we didn’t know if the drugs would work on the other 96 percent of patients with the disease,” says Srivastava.

Fortunately, Anna Malashicheva, PhD, from the Russian Academy of Sciences, had collected valve cells from over 20 patients at the time of surgical replacement, and Srivastava struck up a fruitful collaboration with her group to do a “clinical trial in a dish.”

“We tested the promising molecules on cells from these 20 patients with aortic valve calcification without known genetic causes,” Srivastava adds. “Remarkably, the molecule that seemed most effective in the initial study was able to restore the network in these patients’ cells as well.”

Once they had identified a promising candidate in cells in a dish for both NOTCH1 and sporadic cases of calcific aortic valve disease, Srivastava and his team did a “pre-clinical trial” in a mouse model of the disease. They wanted to determine whether the drug-like molecule would actually work in a whole, living organ.

“Our strategy to identify gene network–correcting therapies that treat the core disease mechanism may represent a compelling path for drug discovery in a range of other human diseases,” says Theodoris. “Many therapeutics found in the lab don’t translate well to humans or focus only on a specific symptom. We hope our approach can offer a new direction that could increase the likelihood of candidate therapies being effective in patients.”

“Our study is a really good example of how modern technologies are facilitating the kinds of discoveries that are possible today, but weren’t not so long ago,” says Srivastava. “Using human iPS cells and gene editing allowed us to create a large number of cells that are relevant to the disease process, while powerful machine learning algorithms helped us identify, in a non-biased fashion, the important genes for distinguishing between healthy and diseased cells.”

“By using all the knowledge we gathered over a decade and a half, combined with the latest tools, we were able to find a drug candidate that can be taken to clinical trials,” he adds. “Our ultimate goal is always to help patients, so the whole team is very pleased that we found a therapy that could truly improve lives.”

The work was funded by the California Institute of Regenerative Medicine; the National Heart, Lung, and Blood Institute; and the National Center for Research Resources. Gladstone researchers also received support from the Winslow Family, the L.K. Whittier Foundation, The Roddenberry Foundation, the Younger Family Fund, the American Heart Association, several programs and fellowships at UCSF, residency programs from Boston Children’s Hospital and the Harvard Medical School, the Uehara Memorial Foundation, and a Howard Hughes Medical Institute Fellowship of the Damon Runyon Cancer Research Foundation. 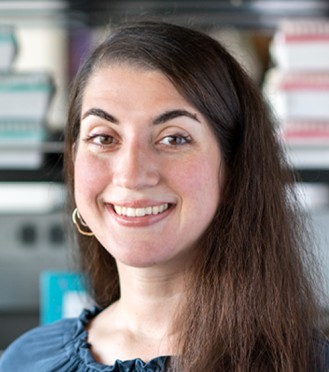