The story of Alzheimer’s disease is familiar and heartbreaking. As neurons degenerate and die, patients slowly lose their memories, their thinking skills, and ultimately, their ability to perform basic, day-to-day tasks.

For years, clinical trials investigating potential treatments for Alzheimer’s disease have come up short. That’s why researchers at Gladstone Institutes are delving deeper into the question of what drives this complex disease.

Now, a team led by Senior Investigator and President Emeritus Robert Mahley, MD, PhD, has received $4.8 million from the National Institutes of Health (NIH) to study a promising culprit: apoE4, a protein associated with increased risk of Alzheimer’s disease.

ApoE4 is one of the forms of apolipoprotein E, a protein that aids repair processes in neurons injured by aging, stroke, or other causes. The most common form is called apoE3, but apoE4 is not rare: it is found in one quarter of the human population and in about two thirds of all Alzheimer’s patients, which makes it the most important genetic risk factor for the disorder.

“ApoE4 dramatically rewires cellular pathways in neurons and impairs their function,” Mahley said. “Our goal is to understand how this rewiring occurs and identify potential new treatment strategies to negate the detrimental effects.”

ApoE3 and apoE4 differ at only a single point in the sequence of their amino acid building blocks. But that single change gives apoE4 a very different shape from apoE3, making it more susceptible to being broken down into smaller fragments within a neuron.

“Our work suggests that these apoE4 fragments are toxic to neurons and cause sweeping changes to the collection of proteins expressed within a neuron,” Mahley said. “We suspect that their toxicity may underlie much of the neurodegeneration seen in Alzheimer’s disease.”

With the new NIH funding, Mahley hopes to illuminate the specifics of apoE4’s toxicity in unprecedented molecular detail. Key to this work is his new partnership with Senior Investigator Nevan Krogan, PhD, and Gladstone Mass Spectrometry Facility Director Danielle Swaney, PhD, who together have extensive expertise in studying how proteins interact with each other.

To get to the bottom of apoE4’s impact, they will use a technique called affinity purification mass spectrometry (AP-MS), to first determine which proteins, out of the thousands found in a single cell, interact directly with apoE4 fragments.

“AP-MS is an important first step because it will allow us to define physical interactions between proteins that may underlie the functional deficits observed in neurons that express apoE4,” Swaney said. The AP-MS work will be performed in mouse-derived neuronal cells that are similar to human neurons.

In addition to AP-MS, the collaborators will use other advanced protein analysis techniques perfected in Krogan’s lab to better understand the cellular processes that are dysregulated in apoE4-expressing neurons. This additional protein work will be performed in neurons derived from human induced pluripotent stem (hiPS) cells. These stem cells are produced from human skin cells, using the procedure developed by Shinya Yamanaka, MD, PhD, a Gladstone senior investigator and 2012 Nobel prize winner.

“We are quite excited to be involved in this project,” Krogan said. “My lab has successfully applied AP-MS and other cutting-edge proteomic and genetic techniques to many different diseases, and we now hope to enable a much deeper understanding of apoE4.”

When combined, results from the APMS work and the additional protein analyses will reveal a list of key proteins involved in processes that are specifically altered in apoE4 neurons compared to apoE3 neurons. 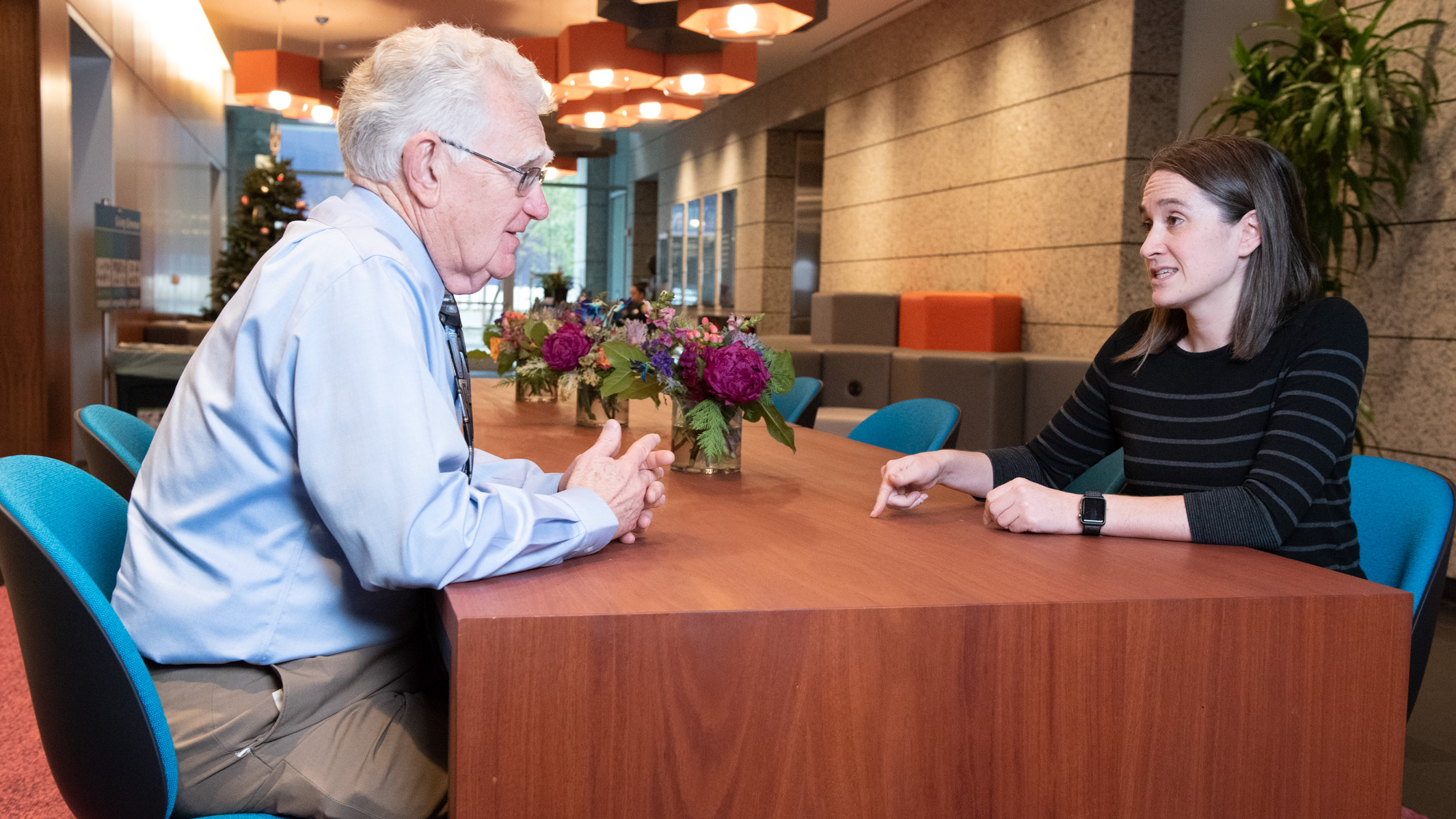 From that list, Mahley and Swaney will select top candidates for further investigation in neurons grown from hiPS cells. Senior Investigator Yadong Huang, MD, PhD, who has also studied apoE4 extensively, will provide guidance on the use of the hiPS cells.

Using a gene-editing tool called CRISPR, the researchers will see if they can reverse the detrimental effects of apoE4 by activating or inhibiting genes that control their top candidate proteins in the hiPS cell–derived neurons. Finally, they will validate the findings in mice.

“By the end of the project, we hope to narrow down our list to just a few target genes or proteins that protect or restore neuronal health when we activate or inhibit them in live mice with the apoE4 gene,” Swaney said. “They could then be explored as potential targets for Alzheimer’s treatment in humans.”

Mahley and Swaney already have some ideas about where this work may lead. Earlier this year, they published evidence that apoE4 broadly impacts the mitochondria—organelles that produce the energy that powers a cell—and perturbs normal energy production.

“Anything could be a target at this point, but I’m particularly interested in the possibility of small-molecule drugs that could protect mitochondria from toxic apoE4 fragments,” Mahley said.

Still, mitochondria are just one aspect of the bigger picture. Mahley suspects that what we call “Alzheimer’s disease” is actually a collection of related conditions with different underlying causes for different patients.

“Ultimately, I think the treatment of Alzheimer’s disease will be similar to the treatment of high blood pressure, in that two, three, sometimes four drugs are needed to control the disorder,” he said. “So, we may need a mitochondrial protector, we may need a drug that will correct apoE4’s shape so that it is more like apoE3, and more.”

Understanding the complex effects of apoE4—as well as the other Alzheimer’s disease–associated factors being explored at Gladstone—could one day enable just such a comprehensive approach.