A New Cellular Framework to Study Causes of Birth Defects

Each year, 9 months of dreams shared by millions of parents-to-be turn to despair and fright when learning their child is born with a birth defect; an often-devastating event affecting one out of 20 children born worldwide. The formation of our organs, limbs, and face are the result of carefully choreographed movement and behavior by millions of cells, much like dancers in a troupe. If even a few cells don’t get to the right position and do their job correctly, the end result is a birth defect. Yet, how each individual cell knows what to do at precisely the right time and place has largely been a mystery.

In a new study published in the scientific journal Nature, a team of researchers at Gladstone Institutes, in collaboration with the Luxembourg Centre for Systems Biomedicine (LCSB) of the University of Luxembourg, reveal for the first time the full spectrum of cells that come together to make a heart at the earliest stages of embryo formation. They also uncovered how the cells are controlled, and how a mutation in just one gene can have catastrophic consequences by affecting a tiny group of cells that make up the organ.

Congenital heart defects are the most common and most lethal human birth defect. Thanks to the advent of a powerful new technology known as single-cell RNA sequencing, the researchers were finally able to discern the role of tens of thousands of individual cells during the formation of the heart, which is essential to determine how genetic mutations cause disease.

“With genome sequencing, we can now more easily find genetic variants that we think are contributing to a disease,” said Gladstone President and Senior Investigator Deepak Srivastava, MD, who led the study. “The big challenge is figuring out the specific cell type in which this variant is functioning and how those cells are impacted. This has been particularly difficult for birth defects, given that genetic variants affect only a small subset of the cells in the organ. With single-cell technologies, we can finally begin to unravel the mechanisms behind defects for which we know the genetic cause.”

The catalog that Srivastava and his team compiled contains all the genes that are active during different stages of heart development and identifies the cells in which they can be found. It represents the first step in making the connection between a genetic variant and a specific cell type.

“This can tell us, among many other things, which subset of cells are performing critical functions in specific regions of the heart and which are contributing to the underlying cause of a disease associated with genetic mutations,” explained Yvanka De Soysa, a graduate student in Srivastava’s laboratory and first author of the study.

A Rich Source of Data on Heart Development

To complete the repository, the researchers studied nearly 40,000 individual cardiac cells from a mouse model of heart development. The technology that made this study possible is single-cell RNA sequencing. This sophisticated method, which has only been commercially available for the past 3 years in its current form, enabled the scientists to capture data about thousands of individual cells at once.

“This sequencing technique allowed us to see all the different types of cells present at various stages of heart development and helped us identify which genes are activated and suppressed along the way,” said Casey A. Gifford, PhD, a staff scientist at Gladstone who is a senior author on the paper. “We were not only able to uncover the existence of unknown cell types, but we also gained a better understanding of the function and behavior of individual cells—information we could never access before.”

Once they identified the numerous types of cells involved in heart development, the team wanted to learn how these diverse cell types are generated. To do so, they teamed up with computational biologists at the LCSB who specialize in using data from single-cell RNA sequencing to uncover the molecular drivers of different cell types.

“Our group has a long history of developing computational models to understand cell conversion,” explained Antonio Del Sol, head of the Computational Biology group at the LCSB and Ikerbasque Research Professor at the Research Center CIC bioGUNE in Bilbao, Spain. “We have the expertise to study whole networks of genes that control cell identity. When we joined the project, we applied our method to predict—without any kind of prior knowledge—which molecular factors govern the fate of these different cardiac cells.”

A Discovery 20 Years in the Making

The computational analysis predicted the genes involved in generating specific cell types in the heart, which shed light on those cells’ function. The analysis also pointed to one major player, a gene called Hand2 that can control the activity of thousands of other genes, and which Srivastava discovered and named over two decades ago.

Then, as a young researcher, Srivastava spent years investigating the role of this gene and master regulator. He eventually found that it is one of the most important genes for the formation of the heart. But about 10 years ago, in trying to discover how this gene actually affects heart cells that make up the organ, his work reached an impasse because the scientific tools to pursue the research didn’t exist. Today, his efforts have finally been revived thanks to new technology.

By applying single-cell RNA sequencing, he and his collaborators were able to get a much more detailed and complete picture of how the loss of Hand2 causes different cell populations to become dysregulated.

Mice lacking the gene Hand2 fail to form the right ventricle chamber, which pumps blood to the lungs. Surprisingly, the new prediction made by the Luxembourg researchers suggested that Hand2 is not required for cells being instructed to become right ventricular cells, but that it is critical in forming the cells of the outflow tract, the structure where major outgoing blood vessels of the heart arise.

“This didn’t make sense based on previous findings,” said De Soysa. “However, we found that, in fact, Hand2 has very distinct functions for different cell types.”

The computational prediction turned out to be correct. The team discovered that hearts without the Hand2 gene never made cells of the outflow tract, but did make right ventricular cells. In the choreography of the heart, it is not enough for a cell to be made, it must also get to the right place relative to the other “dancers.” Without Hand2, right ventricle cells were created but stuck at their origin, failing to move into the developing heart.

“Our collaborative findings made us change the way we think about heart formation, and showed how disruption of cell fate, migration, or survival of a few cells can cause a heart defect,” De Soysa added.

A Hopeful Future for the Treatment of Congenital Heart Disease

The study has revealed the mechanisms by which relatively small populations of cells are affected during development and lead to defects in the formation of the heart. It also represents a discovery that could not have been possible without single-cell RNA sequencing technology.

“Single-cell technologies can inform us about how organs form in ways we couldn't understand before and can provide the underlying cause of disease associated with genetic variations,” said Gifford. “We revealed subtle differences in very, very small subsets of cells that actually have catastrophic consequences and could easily have been overlooked in the past. This is the first step toward devising new therapies.”

Significantly, the new catalog of cardiac cells can now serve scientists and physicians interested in various aspects of heart development. With knowledge of the types of cells involved in normal and abnormal formation of the heart, the scientific community can begin to design strategies to correct genetic variants that cause congenital heart disease.

“We’re beginning to see the long-term consequences in adults, and right now, we don’t really have any way to treat them.”

These findings could also guide therapeutic approaches to help both newborns and the growing adult population with congenital heart disease.

“With surgical interventions, we’ve become very good at keeping most kids with heart defects alive,” said Srivastava, who is also a pediatric cardiologist at UCSF Benioff Children’s Hospital and professor of pediatrics at UC San Francisco. “The result is that we have nearly 2.5 million survivors of congenital heart disease in the United States today.”

When children with a birth defect are fortunate enough to survive, the same genetic condition that caused the developmental problem can lead to ongoing difficulties with maintaining a healthy heart over a lifetime.

“We’re beginning to see the long-term consequences in adults, and right now, we don’t really have any way to treat them,” Srivastava added. “My hope is that if we can understand the genetic causes and the cell types affected, we could potentially intervene soon after birth to prevent the worsening of their state over time.”

For Srivastava, the holy grail would be to get such a clear picture of the mechanisms involved in causing congenital heart defects that they could develop preventive strategies for people who are genetically at risk.

“Folic acid being the best paradigm—expecting mothers now take higher levels of this vitamin and can successfully prevent nearly two thirds of cases of spina bifida,” he said. “The ultimate goal is to create similar public health measures that could reduce the overall incidence of birth defects through prevention. But first, we have to know where and how to intervene.”

The work at Gladstone was supported by the National Institutes of Health (NCRR grant C06 RR018928), the National Heart Lung and Blood Institute (grants R01 HL057181, P01 HL089707, UM1HL098179, UM1HL128761), the California Institute for Regenerative Medicine, the Roddenberry Foundation, the L.K. Whittier Foundation, and the Younger Family Fund, as well as a UCSF Chancellor’s Fellowship and the Discovery Fellows Program, a Genentech Foundation Fellowship, a Phi Beta Kappa Graduate Scholarship, an HHMI fellowship from the Damon Runyon Cancer Research Foundation, and a Winslow Family fellowship.

Other authors of the paper include Sanjeev S. Ranade, Yu Huang, Hazel T. Salunga, and Amelia Schricker from Gladstone, as well as Satoshi Okawa and Srikanth Ravichandran from the University of Luxembourg. 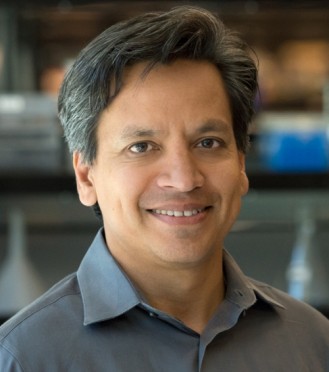