Pathway Deep in the Brain Makes It Resilient after Injury

A new study led by Gladstone researchers suggests that targeting a protein in the thalamus could prevent the long-term damage that follows traumatic brain injury. In this photo, Graduate Student Frances Cho works with an electrode array to study brain samples.

For days, and even years, after someone suffers a stroke or traumatic brain injury, they have an increased risk of developing epilepsy. Now, researchers at Gladstone Institutes discovered that star-shaped cells called astrocytes in the thalamus play a key role in making mice with brain injuries susceptible to seizures.

The team also analyzed human post-mortem brain tissue and showed that the same cells identified in mice might be altered in the thalamus of people affected by brain injury and stroke. The findings, published in the journal Science Translational Medicine, suggest that targeting a protein in these cells could prevent the long-term damage that follows brain injury.

“In the aftermath of brain injuries, the thalamus has been relatively understudied compared to other brain regions,” says Jeanne Paz, PhD, an associate investigator at Gladstone and senior author of the new study. “I’m hoping this is just the beginning of many new lines of research about how important this region is in determining how we can help the brain be resilient to consequences of injuries.”

A Cascade of Inflammation Deep in the Brain

At the time of a stroke or traumatic brain injury, many cells at the site of the injury die almost immediately. Inflammatory cells and molecules begin to gather, cleaning up the dead cells and molecular debris. In the thalamus, an area deep in the center of the brain that may be far from the site of injury, cells called astrocytes become activated, leading to a cascade of inflammatory changes.

Previous studies from the team have shown, in rodent models, that activation of astrocytes in the thalamus is a common consequence of brain injury. However, astrocytes also play key roles that support neurons, including controlling their connections and providing them with nutrients. 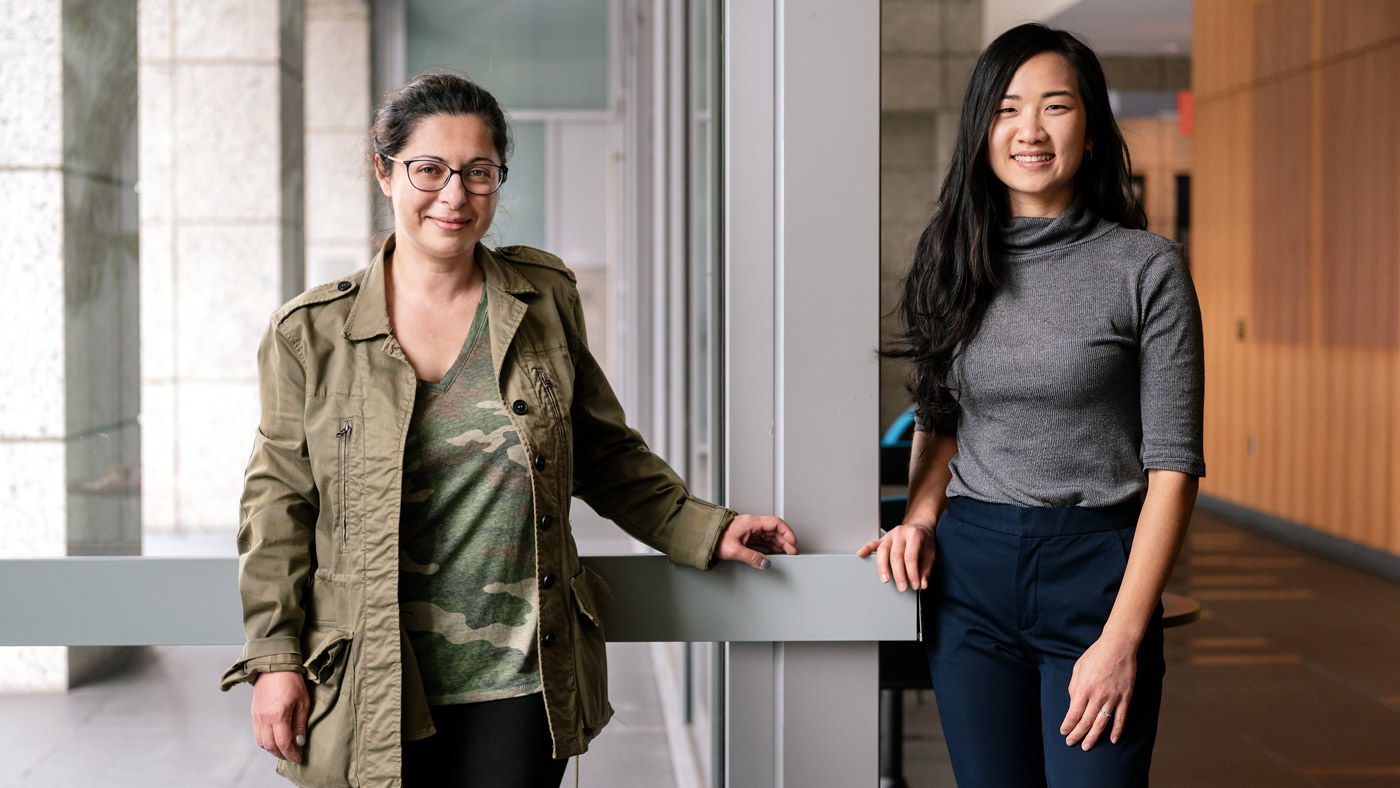 Paz (left) and Cho (right) studied the role of activated astrocytes in the thalamus on long-term symptoms of brain injury.

In this study, the scientists wanted to determine whether the activation of astrocytes in the thalamus helps the brain recover, leads to additional damage, or has both positive and negative effects.

“Astrocytes are so important to the brain that you can’t just get rid of them to treat disease,” says Frances Cho, a graduate student at Gladstone and UC San Francisco (UCSF), and the first author of the new study. “We needed to determine whether we could separate the damaging actions of activated astrocytes from their protective actions.”

Focus on the Thalamus

When the researchers then analyzed the molecular properties of the activated astrocytes, in collaboration with the team of Anna Molofsky, MD, PhD, at UCSF, they discovered that these cells lost a protein called GAT3, which is responsible for regulating the levels of a specific inhibitory neurotransmitter molecule. As a result, the neighboring neurons were exposed to too much of the neurotransmitter, which resulted in neuronal hyperexcitability and susceptibility to seizures.

“We wondered, if the loss of GAT3 in thalamic astrocytes caused neuronal dysfunction, could boosting the level of this protein solve the problem and restore the neurons’ function?” says Paz, who is also an associate professor at UCSF.

“It was surprising we could pinpoint a single molecular change that we could target to prevent the consequences of brain injury.”

The team next tested whether the results held true in mice with brain injuries. Increasing levels of GAT3 in the thalamic astrocytes of these mice also reduced the risk of seizure and the rate of mortality.

“These activated astrocytes are quite different in many ways than astrocytes that are not activated, so it was surprising we could pinpoint a single molecular change that we could target to prevent the consequences of brain injury,” says Cho.

Samples of human thalamus are rarely collected during post-mortem brain biopsies. But, in collaboration with Eleonora Aronica, MD, PhD, and her group at the University of Amsterdam, the researchers were able to obtain a small number of post-mortem thalamus samples—three from individuals with no known brain injuries, three from people who had had a stroke, and four from people with traumatic brain injury.

“The post-mortem brains with stroke and traumatic brain injury seemed to have lower levels of GAT3 in their thalamic astrocytes, just as we had seen in the mouse model,” says Cho. “We hope that with increased attention to the thalamus, it will become more routine to collect thalamus samples from post-mortem biopsies in the future.”

The researchers hope to continue collecting longer-term data on both mice and humans to study the time course of astrocyte activation in the thalamus after brain injury.

“Since these changes to the thalamus occur after the initial brain injury, there is a window of time in which clinicians might be able to intervene to stop or reverse them—and prevent the increased risk of developing epilepsy,” says Paz.

The paper “Enhancing GAT-3 in thalamic astrocytes promotes resilience to brain injury” was published in the journal Science Translational Medicine on July 6, 2022.