Jeanne Paz’s lab aims to improve the outcome for patients with epilepsy by studying the disorder in animal models and identifying potential targets for new therapeutic interventions. A signature approach in her lab is optogenetics, which allows her team to disrupt the function of specific brain cells in live animals, with minimal side effects. Using this approach, the group identified a small brain region called the thalamus as a choke point for various forms of epilepsy—and a promising target for future therapies. Current research includes understanding how the thalamus controls seizures in distant brain regions, and how brain lesions like stroke and trauma can lead to epilepsy. 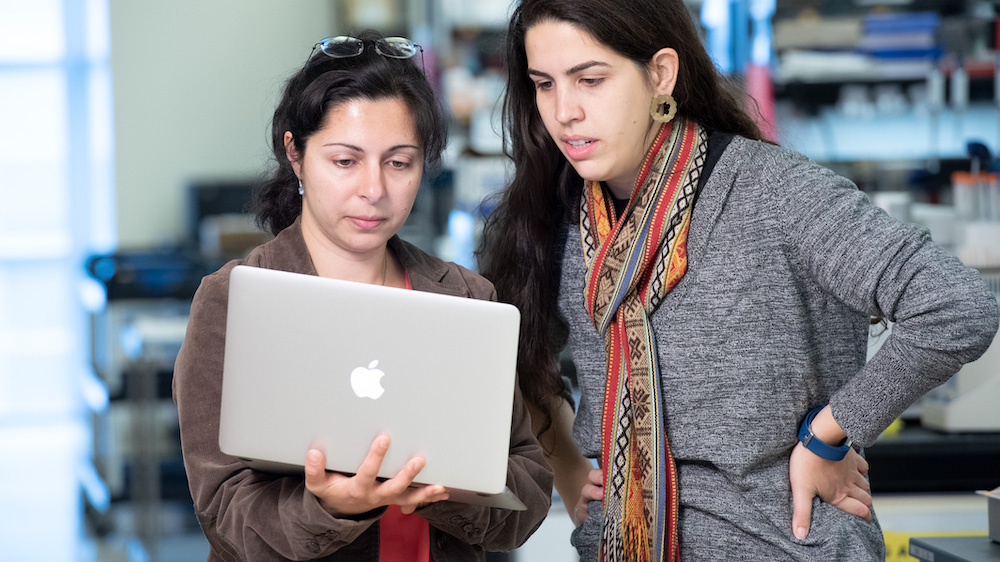 Understanding how neurons synchronize their activity in normal brains, and the cause of the excessive synchrony that is the hallmark of epileptic episodes.
Understanding the anatomical and physiological changes that allow the development of epilepsy after stroke and trauma, and in neurodegenerative disease.
Identifying biomarkers of epileptogenesis as a means of anticipating or preventing epileptic episodes.

Paz’s team showed they could stop epileptic seizures in mice in real time and with no side effects using optogenetics to control specific brain cells known as thalamocortical neurons. This work identified thalamocortical neurons as potential targets in the development of effective therapies against post-stroke seizures.

Optogenetics could also be used to identify the cells and circuits responsible for other forms of epilepsy or for neurological and cognitive disorders, leading to targeted therapeutics against these diseases as well.

Recent work by the team shows a link between chronic brain inflammation and the development of post-injury epilepsy, suggesting that certain anti-inflammatory drugs could be used in the treatment of this form of epilepsy.

Jeanne Paz is an associate investigator at Gladstone Institutes. She is also an associate professor of neurology in the Kavli Institute for Fundamental Neuroscience at UC San Francisco.

Before joining Gladstone, Paz completed a postdoctoral fellowship at Stanford University, where she identified seizure control points in the brain. Paz earned her undergraduate and graduate degrees from Université Pierre et Marie Curie in Paris. As a graduate student, she studied the role of basal ganglia in regulating absence epilepsy and received an award for the best neuroscience PhD thesis in France.

“I always wondered: if we knew how the brain works, would we be able to understand ourselves?”