Why Do Some Microbes Live in Your Gut While Others Don’t?

Trillions of tiny microbes and bacteria live in your gut, each with their own set of genes. These gut microbes can have both beneficial and harmful effects on your health, from protecting you against inflammation to causing life-threatening infections. To keep out pathogens yet encourage the growth of beneficial microbes, scientists have been trying to find ways to target specific microbial genes.

Katherine Pollard, PhD, is one of these scientists. Her team at Gladstone Institutes is interested in better understanding how microbes colonize the gut. They want to identify the genes that help microbes pass through the stomach’s harsh environment and survive in the lower gastrointestinal tract.

“Until now, this has not been an easy feat,” explains Pollard, senior investigator and director of the Gladstone Institute of Data Science and Biotechnology. “Most microbes in the gut have evolved from related species, so they share many common genes. It’s difficult to single out the genes that actually influence a microbe’s ability to survive in the gut environment.”

A new study published in the scientific journal PLOS Computational Biology led by Patrick Bradley, a postdoctoral scholar in the Pollard lab, found a new approach to identify the genes that may be important to help microbes live successfully in the human gut.

The microbes that colonize the human body can be difficult to study using traditional experimental methods, and not merely due to their sheer number. Given that scientists lack the tools to grow and study many microbe species in the lab, identifying their genes is labor- and time-intensive.

New computational methods and DNA sequencing provide a solution to determine which microbes are usually present in a person’s gut, and what genes are in the microbes’ genomes. However, the researchers at Gladstone showed that just looking at the genes shared by gut microbes, without accounting for the microbes’ common ancestry, can lead to many false discoveries.

To avoid similar pitfalls, they found a novel approach to address the issue. Bradley applied a technique called phylogenetic linear modeling, which has been often used in ecology, but rarely in genomics.

“With this method, we use information from an evolutionary tree that maps out the historical relationship between different species,” explained Bradley. “We were the first to directly apply this method to metagenomics data, which comes from the collective genetic material from the microbes present in the human body.”

The team used this approach to analyze public data from hundreds of individuals in industrialized countries. As a result, Bradley and Pollard found thousands of genes across different species that are prevalent in the gut. They also looked for—and found—genes in microbes that are actually more prevalent in the gut than in other parts of the body, suggesting that these genes may be specific to this environment. The researchers believe the genes they identified may help microbes colonize the gut, for example, by allowing microbes to survive in acidic environments, such as the stomach.

In addition, the scientists used the same technique to compare gut microbes in health versus disease. They found genes that are associated with bacteria that are more prevalent in patients with Crohn’s disease than in healthy patients.

“In Crohn’s disease, some bacteria with anti-inflammatory properties seem to be depleted,” said Bradley. “If we can identify genes that improve gut colonization specifically in people with Crohn’s, then down the road, we could potentially help treat patients by engineering new versions of these anti-inflammatory bacteria that would survive better in that environment.”

The new computational approach developed by Pollard and Bradley could lead to the development of new therapies to maintain or improve gut health.

“If we want to target individual microbial genes, we first need to understand the role they play in colonizing the gut,” said Pollard, who is also a professor at UCSF and a Chan Zuckerberg Biohub investigator. “This could yield opportunities to design better probiotics or prevent invasion of the gut by harmful pathogens like C. difficile.”

This method leverages ideas from many fields, including bioinformatics, microbial ecology and evolution, biochemistry, biostatistics, and the study of the human microbiome. It can also be applied to identify genes associated with microbes in other environments besides the human gut.

“Our study shows that by using methods that account for the evolutionary relationship between microbes, we can predict genes that might be important in a particular environment with much greater accuracy than standard models allow,” said Bradley. “Our hope is that other scientists will realize they can get so much more out of the data they already have by using our approach.”

Pollard and Bradley are now working to develop a web tool that will allow other academics—particularly wet lab biologists who might not have the required in-house expertise—to upload their own data and use this new computational technique to obtain helpful results.

Stephen Nayfach from the Environmental Genomics and Systems Biology Division at Lawrence Berkeley National Laboratory was also involved in this study. The research was funded by the National Science Foundation, the Gordon and Betty Moore Foundation, and the Gladstone Institutes. 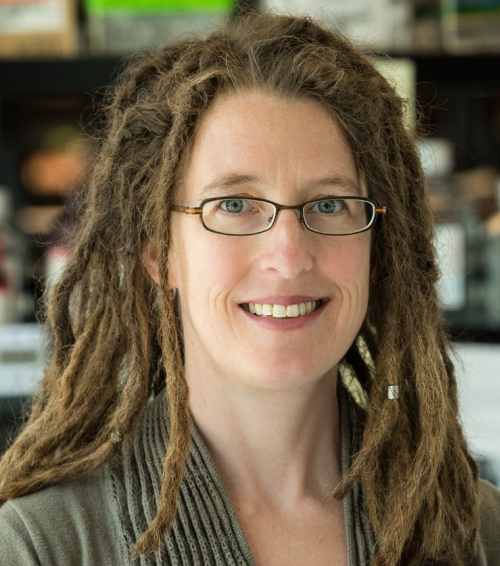 Scientists at Gladstone and UCSF created a valuable new resource for studying the origins of neurodevelopmental disease.