A Stepping Stone to Increase Diversity in Biomedical Research

Diversity is crucial in science—as in any field—given that different perspectives significantly contribute to enhancing creativity and innovation. Yet, certain ethnic and disadvantaged groups are underrepresented in the research workforce. This is due, in part, to barriers that prevent these groups from having access to educational or career growth opportunities.

To help overcome such barriers, the Gladstone Institutes runs a yearly internship program called PUMAS, which stands for Promoting Underrepresented Minorities Advancing in the Sciences. The National Institutes of Health (NIH), through the National Heart, Lung, and Blood Institute, recently renewed its funding of this program until 2024.

“Diversity enriches science, but, unfortunately, the current biomedical research workforce is among the least diverse of the STEM fields,” says Deepak Srivastava, MD, Gladstone president. “Our objective with the PUMAS program is to diversify the scientific pipeline. We’re excited that the NIH is supporting this program once again and making our efforts possible.”

Now in its sixth year, the PUMAS program offers interns a robust research experience in one of Gladstone’s state-of-the-art research laboratories. The program’s overarching goal is to increase the number of minority students who receive baccalaureate degrees in the sciences, thus diversifying the future applicant pool for graduate school and increasing the number of minority students pursuing biomedical research as a career. 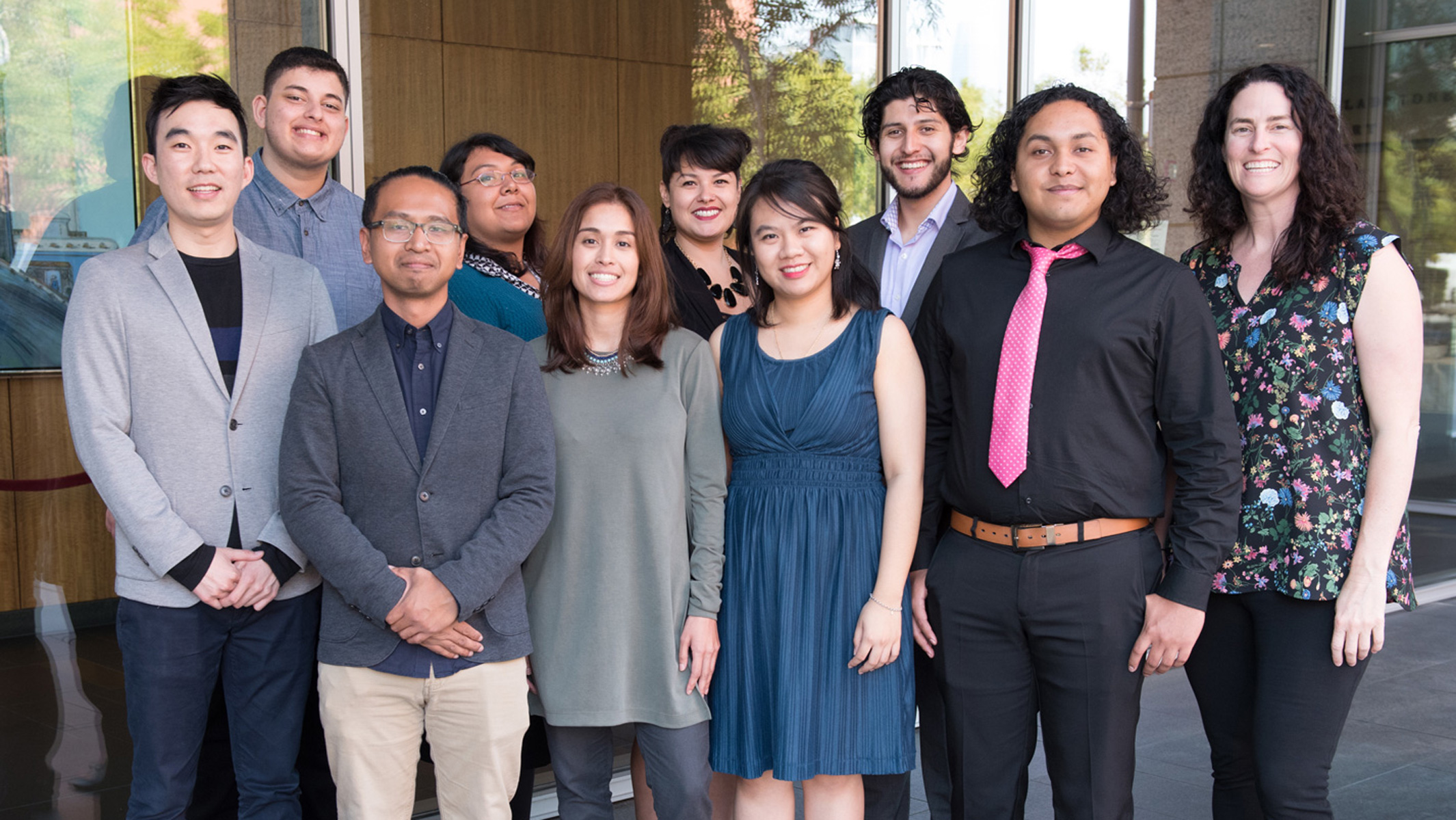 “We chose to focus the PUMAS program on community college students, because this population is often overlooked and has the highest minority population across higher education institutions in the state of California,” says Gladstone Senior Investigator Melanie Ott, MD, PhD, who helped establish the program in 2014. “This is a time in their academic journey when we feel we can have the most impact; opening doors for them before they transfer into a 4-year undergraduate institution or college.”

Of the 2.1 million students enrolled at community colleges in California, about half are from racial and ethnic groups that have been shown by the NIH to be underrepresented minorities in biomedical research (African American, Hispanic, Native American, Alaskan Native, and Pacific Islander).

Since its inception, the PUMAS program has provided a paid research internship program to 31 students, with another 8 interns joining Gladstone this summer—all of which were from disadvantaged backgrounds, including underrepresented minorities, students from low socio-economic backgrounds, or students with disabilities. To date, 74 percent of PUMAS alumni are still pursuing their undergraduate or graduate education in the sciences, while another 20 percent are employed in STEM fields.

“The numbers are not going to change overnight, but through persistence and innovative programming, we are contributing to change by attracting ambitious and bright community college students from diverse populations and encouraging them to pursue a career path in the sciences,” says Srivastava, who has hosted three PUMAS interns in his laboratory since the program’s inception.

“Through the PUMAS program I gained soft skills, technical skills, and received mentorship from established and dedicated scientists. The experience allowed me to transfer to university with a competitive résumé.” 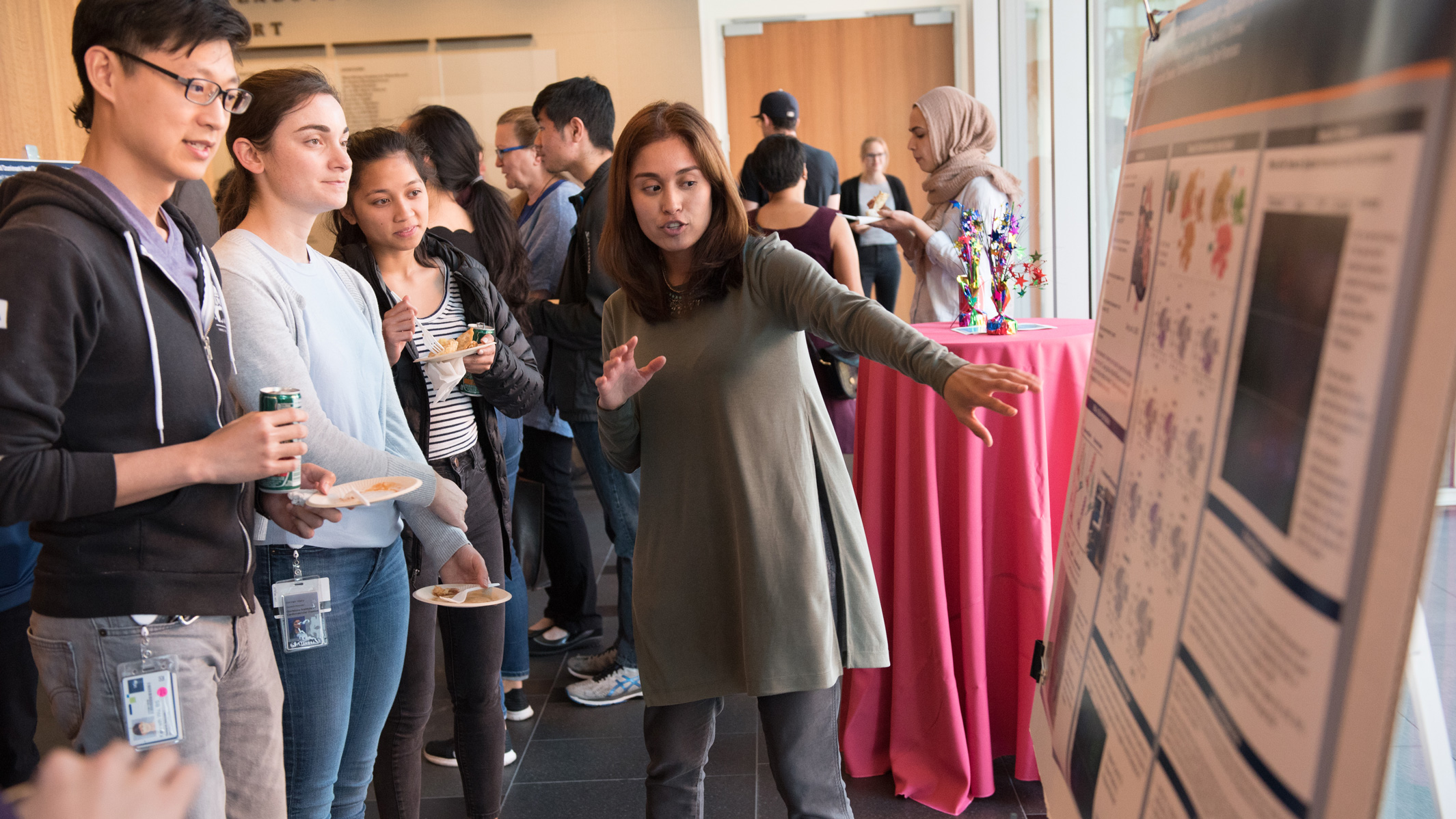 Morin presents her project at the 2018 PUMAS poster session

Morin, as all other PUMAS interns, participated in a 9-week internship program, during which she was assigned a project and conducted hands-on biomedical research in a laboratory, working one-on-one with a scientific mentor.

Throughout the summer, PUMAS interns are also exposed to networking sessions and workshops on various topics from résumé writing to scientific communication. The program ends with a poster session, during which interns must present their research results to the community of Gladstone scientists and trainees.

“I’m particularly excited by what we’ve accomplished with the PUMAS program,” says Ott, who has been involved in student outreach efforts at Gladstone for nearly 15 years. “The strength of our program lies in individual mentorship, to help our interns grow personally and in their scientific career. Our goal is for them to leave as well-trained and confident scientists, and to take what they learned from us out into the world and carve a path for themselves in STEM fields. As an added bonus, when students are with us in the summer, seeing everything in the lab with fresh eyes, we in turn are enriched and inspired by their awe for the science.”

The 2019 PUMAS cohort will be at Gladstone from June to August 2019. Applications for the program are generally open from January to March each year.