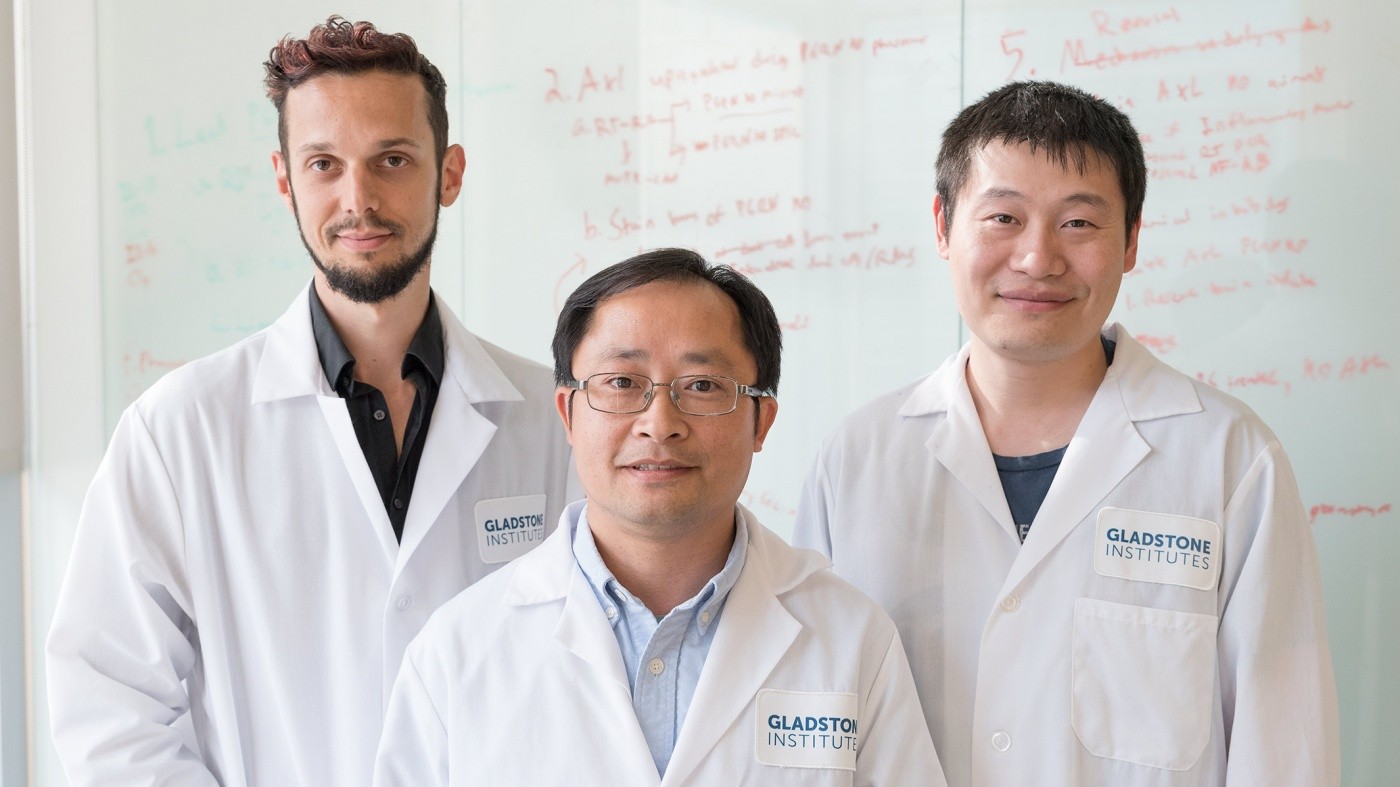 Like a lizard re-growing its tail, several of your organs, such as your skin and intestines, have the amazing ability to heal themselves. Stem cells within these organs work by generating new cells to replace old or damaged ones. In some organs, however, stem cells are non-existent or the small pool of stem cells is not efficient enough to keep up with the damage caused by chronic conditions. So scientists at the Gladstone Institutes are working to help damaged organs repair and regenerate themselves.

One team of researchers—under the direction of Gladstone President and Senior Investigator Deepak Srivastava, MD—is using the heart’s own cells to try to repair the organ after damage. They found a way to convert resident scar-forming tissue directly into healthy beating heart muscle.

With this approach, called cellular reprogramming, the scientists have successfully treated mice with heart failure. They now are attempting the same process on pigs, larger animals whose hearts are more similar to humans. If all goes well, they hope to use this technique to treat patients who have suffered a heart attack.

Cellular reprogramming and stem cell therapies were unthinkable just 10 years ago. But thanks to Gladstone science and support from the Roddenberry Foundation, what was once considered science fiction is now becoming a reality.

The Roddenberry Foundation has championed cutting-edge research since its inception in 2010. The Foundation was established to honor the legacy of Star Trek creator Gene Roddenberry and his goal to create a brighter future. Their first gift to Gladstone established the Roddenberry Stem Cell Center in 2011, cementing Gladstone’s position as a leader in the field.

With their most recent investment in stem cell research at Gladstone—a $7-million gift to be distributed over 7 years—the Roddenberry Foundation aims to make disease a thing of the past. In addition to heart disease, the Foundation is funding research into Alzheimer’s disease, spinal cord injuries, and type I diabetes, among others.

“We fund bold ideas that can significantly improve the lives of people around the world,” said Heidi Roddenberry, Board Chair of the Roddenberry Foundation. “Gladstone’s innovative thinking first inspired us 7 years ago, and we are delighted to continue our collaboration to speed discoveries in stem cell research.”

How to Repair a Damaged Organ

The three main goals of the Roddenberry Stem Cell Center at Gladstone are to regenerate damaged cells within an organ, develop better disease models that can be used for drug discovery, and create new healthy tissue that can be transplanted into patients.

Todd McDevitt, PhD, a senior investigator at Gladstone, focuses on this third strategy to repair spinal cord injuries. His team created a special type of neuron (V2a interneurons) from human stem cells and transplanted them into the spinal cords of mice. The interneuron transplants successfully integrated with existing cells, suggesting they could help rewire spinal cord circuitry after an injury.

V2a interneurons connect the brain to the spinal cord and are critical for coordinating movement and breathing. Damage to the cells can sever the junction between the brain and limbs, which contributes to paralysis following spinal cord injuries. Creating new pathways with the transplanted cells around the damage could help the system regain normal function.

“Our next step is to transplant the cells into mice with spinal cord injuries to see if the V2a interneurons can help to restore movement after damage has occurred,” explained McDevitt. “We’re also interested in exploring the potential role of these cells in models of neurodegenerative disorders, such as amyloid lateral sclerosis.”

Ding’s team used cellular reprogramming to transform skin cells into early stage pancreas cells, which they then transplanted into mice with hyperglycemia, a model of type I diabetes. Within a few weeks, the new cells had matured into insulin-secreting pancreas cells and brought blood glucose down to near-normal levels.

Next, Ding shifted his attention to the immune cells that mistakenly attack the pancreas and cause type I diabetes in the first place. His laboratory successfully turned pro-inflammatory cells that boost the immune system into anti-inflammatory cells that suppress it, and vice versa. This discovery could help not only patients with diabetes and other autoimmune disorders, but also those with cancer whose immune systems have been suppressed.

“The future for cures lies in our cells’ ability to reprogram and renew,” Ding said. “If we can harness this regenerative power, we can apply it to any number of conditions. The more knowledge we have of how stem cells work, the more conditions we can treat.”

In addition to regenerating damaged tissue, one of the most promising applications of stem cells is to create better models of diseases in order to identify and test new therapies. The Roddenberry Foundation is also funding research by Gladstone Senior Investigator Yadong Huang, MD, PhD, to better understand and potentially defeat Alzheimer’s disease.

Using induced pluripotent stem cell (iPSC) technology, Huang and colleagues first created stem cells from the skin cells of patients with Alzheimer’s disease who carry the apoE4 gene—the primary gene associated with Alzheimer’s. The researchers then turned the stem cells, which had the same DNA as the patients, into brain cells. By studying these brain cells, Huang was able to uncover how the apoE4 gene causes disease.

“Human cells are the best model for human disease, but for many organs, such as the brain, it’s impossible to take a sample from a patient to see what’s going wrong or to test a drug,” Huang explained. “iPSCs are an ideal alternative. They offer a safe, renewable source of tissue to study and advance our understanding of disease.”

Armed with this knowledge, Huang’s team developed a drug that can erase damage by the harmful apoE4 protein by changing its structure. When tested on the Alzheimer brain cells from patients, the drug eliminated the signs of disease and improved the cells’ survival. Huang is now working to optimize the drug for use in human patients.

The Future of Medicine

One of the 2018 Roddenberry Scholars, Palmer Yu, PhD, is leading the effort in the Srivastava laboratory to reprogram scar tissue into heart muscle. Changsheng Lin, PhD, who works in Ding’s laboratory, is working to discover therapeutic small molecules that could be used to overcome incurable neurological diseases, such as Parkinson’s disease. The third Roddenberry Scholar is Elphège Nora, PhD, from the laboratory led by Senior Investigator Benoit Bruneau, PhD. His research aims to understand the molecular mechanisms used by stem cells to differentiate, or become specialized.

“The Roddenberry Foundation’s vision and generosity allow us to be more ambitious in our research,” said Srivastava. “Thanks to their consistent support, we are able to embark upon and sustain high-risk, high-reward science that will ultimately get breakthrough therapies to patients faster.” 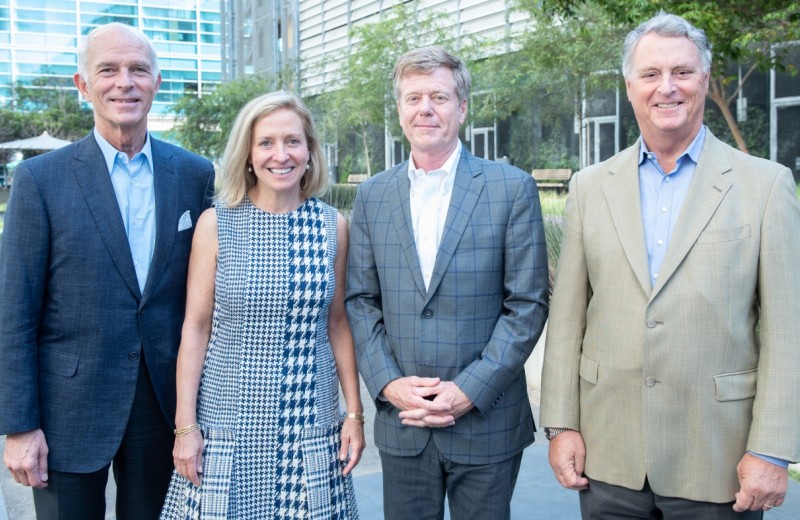 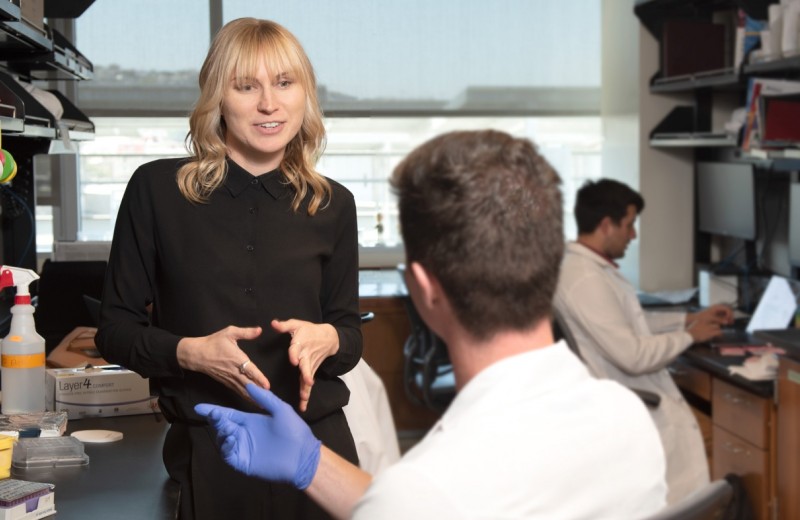 A Stepping Stone to Keep Talented Postdocs in Science

$100,000 Donation to Keep the Brightest Minds in Science

Childcare costs in San Francisco can be high. Larry Berkelhammer felt a need to help supplement the cost for Gladstone employees.