SAN FRANCISCO, CA—Researchers at the Gladstone Institutes have shown that reducing brain levels of the protein tau effectively blocks the development of disease in a mouse model of Dravet syndrome, a severe intractable form of childhood epilepsy. This therapeutic strategy not only suppressed seizure activity and premature death, but also improved cognitive and behavioral abnormalities that can accompany this syndrome.

Previous studies from this group have shown that lowering tau levels reduces abnormal brain activity in models of Alzheimer’s disease, but this is the first demonstration that tau reduction may also be beneficial in intractable genetic epilepsy.

“It would really be wonderful if tau reduction turned out to be useful not only in Alzheimer’s disease, but also in other disabling neurological conditions for which there currently are no effective treatments,” said senior author Lennart Mucke, MD, the director of the Gladstone Institute of Neurological Disease and a professor of Neurology and Neuroscience at the University of California, San Francisco. “We suspected that this approach might be beneficial in Dravet, but we couldn’t be sure because of the severity of this syndrome and the corresponding model. We are thrilled that our strategy was so effective, but a lot more work is needed to advance it into the clinic.”

Dravet syndrome is one of the most challenging forms of childhood epilepsy, resulting from a specific genetic mutation that affects sodium channels in the brain. Frequent, relentless seizures are accompanied by cognitive impairments and behavioral problems similar to autism, and up to 20% of patients succumb to sudden death. Current treatments for Dravet syndrome are largely ineffective, making research into the disorder particularly urgent.

“I am especially excited about the improvements we observed in cognitive and behavioral dysfunctions because these abnormalities are particularly hard on the kids—and their parents,” said first author Ania Gheyara, MD, PhD, a staff scientist at Gladstone who is also affiliated with the UCSF Department of Pathology. “Our hope is that this approach will be broadly applicable to many different types of epilepsy.”

In the study, which was published online today in the Annals of Neurology, the scientists reduced the level of the protein tau by genetically engineering Dravet mouse models, “knocking out” the gene associated with tau production. The deletion of one copy of the gene resulted in substantial improvements in most symptoms, while deleting both copies eliminated them almost completely. This included a significant reduction in both spontaneous and heat-induced seizures. The latter were used to mimic the fever-related seizures that are often seen in the early stages of Dravet syndrome. Network activity in the brain was also normalized, providing additional support for the remarkable ability of tau reduction to suppress epileptic activity. Additionally, tau reduction ameliorated the learning and memory deficits and behavioral abnormalities present in the Dravet mice, which may relate to the cognitive impairments and autism-like behaviors seen in the human condition.

“The next steps are to develop tau-lowering therapeutics that could be used in humans and to evaluate their safety and efficacy in preclinical studies,” said Dr. Mucke, “objectives we are pursuing actively.”

Other scientists who participated in the research include Ravikumar Ponnusamy, Biljana Djukic, Ryan Craft, Kaitlyn Ho, Weikun Guo, Mariel Finucane, and Pascal Sanchez. Funding was provided by the National Institute of Neurological Disorders and Stroke and the S.D. Bechtel, Jr. Foundation. 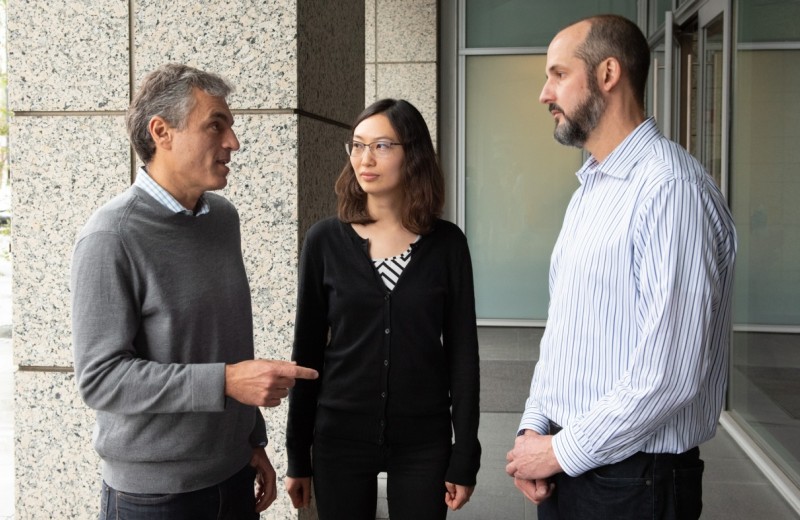 New study shows potentiating a subset of NMDA receptors may be beneficial in Alzheimer’s disease and Dravet syndrome.