A team of researchers led by Lennart Mucke shows how reducing the protein tau can prevent abnormal brain activity associated with Alzheimer’s disease, autism, and epilepsy.

With the school year well on its way, we all recognize the importance of getting students energized. However, we also know that overstimulated children can wreak havoc on a classroom, leaving a teacher trying to regain control of their group. The situation is very similar in the brain, where cells must remain active—but in an orderly manner—to carry out their many important tasks.

If too many excitatory cells (the students in this metaphor) begin firing at the same time, the overexcitation can spread through an entire neural network (the classroom), resulting in epileptic activity. So, inhibitory cells (the teachers) tamp down the excitation to maintain balance in the brain.

Now, researchers at Gladstone Institutes uncovered that reducing levels of the protein tau, which is known for its role in Alzheimer’s disease and other neurodegenerative conditions, changes excitatory and inhibitory cells in ways that make it harder for the brain to burst with overexcitation.

“Epilepsy can be associated with many brain disorders, including Alzheimer’s disease and autism,” says Lennart Mucke, MD, director of the Gladstone Institute of Neurological Disease and senior author of the new study published in the journal Cell Reports. “We previously showed in mouse models that reducing tau levels makes the brain more resistant to epilepsy of diverse causes, but we have puzzled about the underlying mechanisms. Our recent findings shed light onto how tau reduction affects different types of brain cells involved in creating abnormal network activity.” 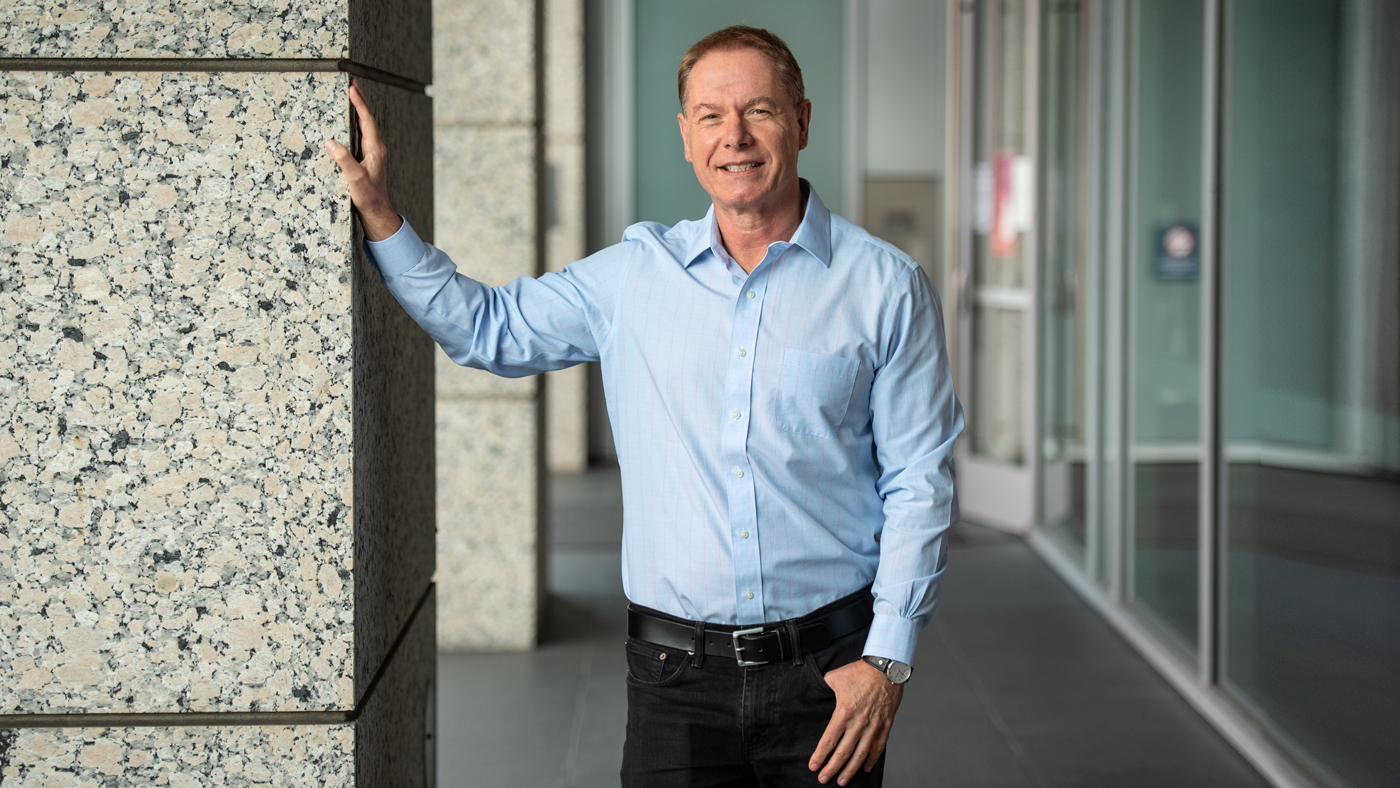 Lennart Mucke led a study showing that reducing tau might improve the brain’s ability to perform its functions.

It is critical to preserve a balance between the activity of excitatory and inhibitory cells for the brain to process information, appropriately control movements, and perceive things as they really are, rather than in a distorted way.

“The diseases we’re interested in have in common that they cause an excitation-inhibition imbalance in the brain,” says Mucke, who is also the Joseph B. Martin Distinguished Professor of Neuroscience and a professor of neurology at UC San Francisco.

Together, these effects reduce the excitation-inhibition ratio in brain networks, counteracting diseases that cause abnormal increases in that ratio. To return to the classroom example, the neural effects of reducing tau are the equivalent of making the students less rambunctious and the teachers more effective at supervising them.

Just like calm in the classroom facilitates learning, the calming effect of tau reduction on brain networks might improve the brain’s ability to perform its functions, especially when the calm is being disrupted by disease. The insights gained in the new study could help guide the development of novel therapies that target tau as a way of reducing abnormal brain activities in a range of neurological and psychiatric diseases.

Other authors include Che-Wei Chang, Mark D. Evans, Xinxing Yu, and Gui-Qiu Yu from Gladstone. The work was supported by the National Institutes of Health (grant MH115679), the Ray and Dagmar Dolby Family Fund, the Tau Consortium, the Alzheimer’s Association, and an Alan Kaganov Scholarship.