Recreating the Earliest Stages of Life

In their effort to understand the very earliest stages of life and how they can go wrong, scientists are confronted with ethical issues surrounding the use of human embryos. The use of animal embryos is also subject to restrictions rooted in ethical considerations. To overcome these limitations, scientists have been trying to recreate early embryos using stem cells.

One of the challenges in creating these so-called synthetic embryos is to generate all the cell types normally found in a young embryo before it implants into the wall of the uterus. Some of these cells eventually give rise to the placenta. Others become the amniotic sac in which the fetus grows. Both the placenta and the amniotic sac are crucial for the survival of the fetus, and defects in these embryo components are major causes of early pregnancy loss.

A group of scientists from Gladstone Institutes, the Center for iPS Cell Research and Application (CiRA) from Kyoto University, and the RIKEN Center for Biosystems Dynamics Research in Kobe, Japan, has now demonstrated the presence of precursors of the placenta and the amniotic sac in synthetic embryos they created from mouse stem cells.

“Our findings provide strong evidence that our system is a good model for studying the early, pre-implantation stages of embryo development,” says Kiichiro Tomoda, PhD, research investigator at the recently opened iPS Cell Research Center at Gladstone and first author of the study published in the journal Stem Cell Reports. “Using this model, we will be able to dissect the molecular events that take place during these early stages, and the signals that the different embryonic cells send to each other.” 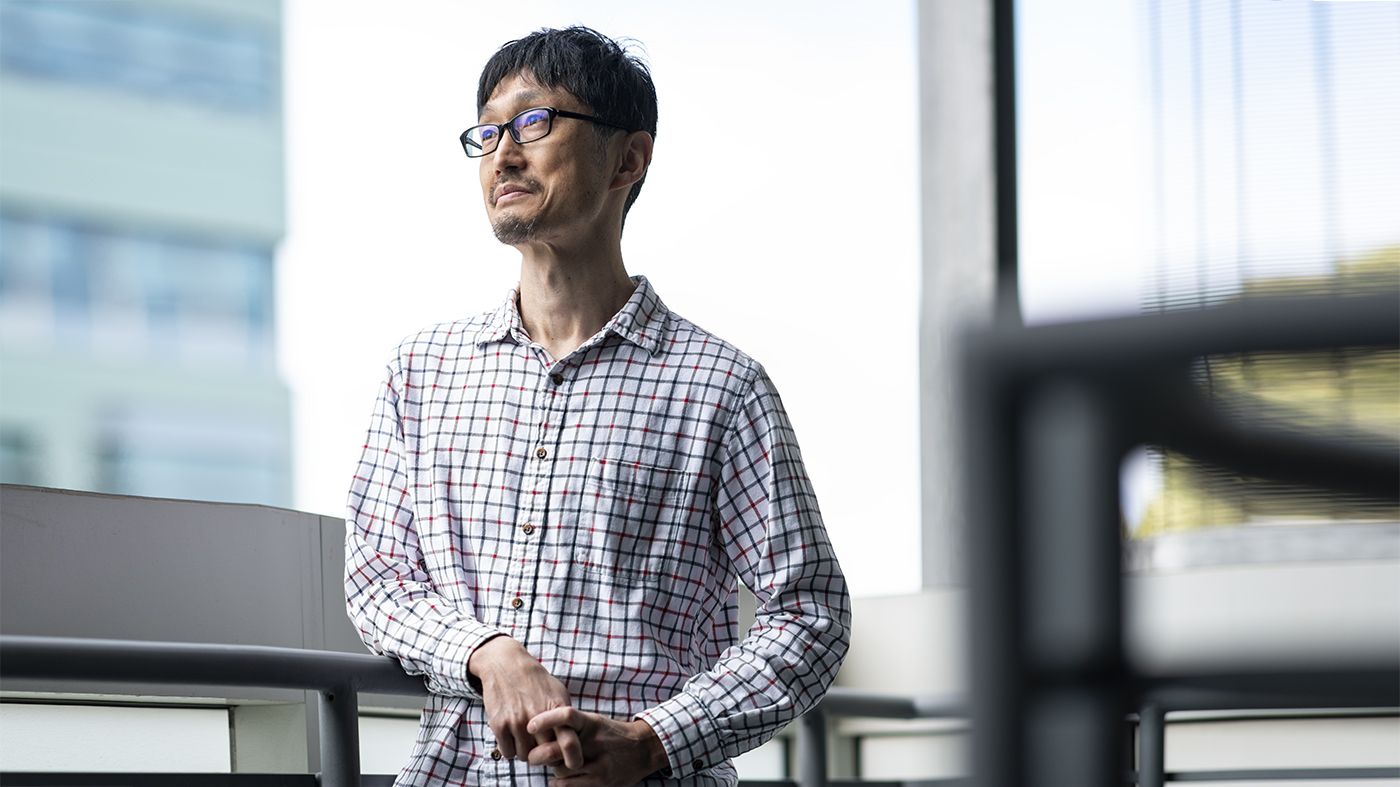 Tomoda is a research investigator at the iPS Cell Research Center at Gladstone, a Kyoto University On-site Laboratory.

The new findings could also shed light on a defining property of the earliest embryo cells that has been difficult to capture in the lab: their ability to produce all the cell types found in the embryo and, ultimately, the whole body. Scientists refer to this property as “totipotency.”

“Totipotency is a very unique and short-lived property of early embryonic cells,” says Cody Kime, PhD, an investigator at the RIKEN Center for Biosystems Dynamics Research and the study’s senior author.

“It has been much harder to harness in the lab than pluripotency,” he adds, referring to the ability of some cells to give rise to several—but not all—cell types. “A very exciting prospect of our work is the ability to understand how we can reprogram cells in the lab to achieve totipotency.”

Growing the Fundamental Components of Early Embryos in the Lab

To generate synthetic embryos, the scientists started from mouse pluripotent stem cells that normally give rise to the fetus only—not the placenta or amniotic sac. They can grow these cells, called epiblast stem cells, and multiply them indefinitely in the lab.

In previous work, the team had discovered a combination of nutrients and chemicals that could make epiblast stem cells assemble into small cell structures that closely resemble pre-implantation embryos. In fact, the structures could even reach the implantation stage when transferred into female mice, though they degenerated shortly thereafter.

“This meant that we might successfully reprogram the epiblast cells to revert to an earlier stage, when embryonic cells are totipotent, and provided a clue to how we might generate both the fetus and the tissues that support its implantation,” explains Tomoda, who is also a program-specific research center associate professor at CiRA. 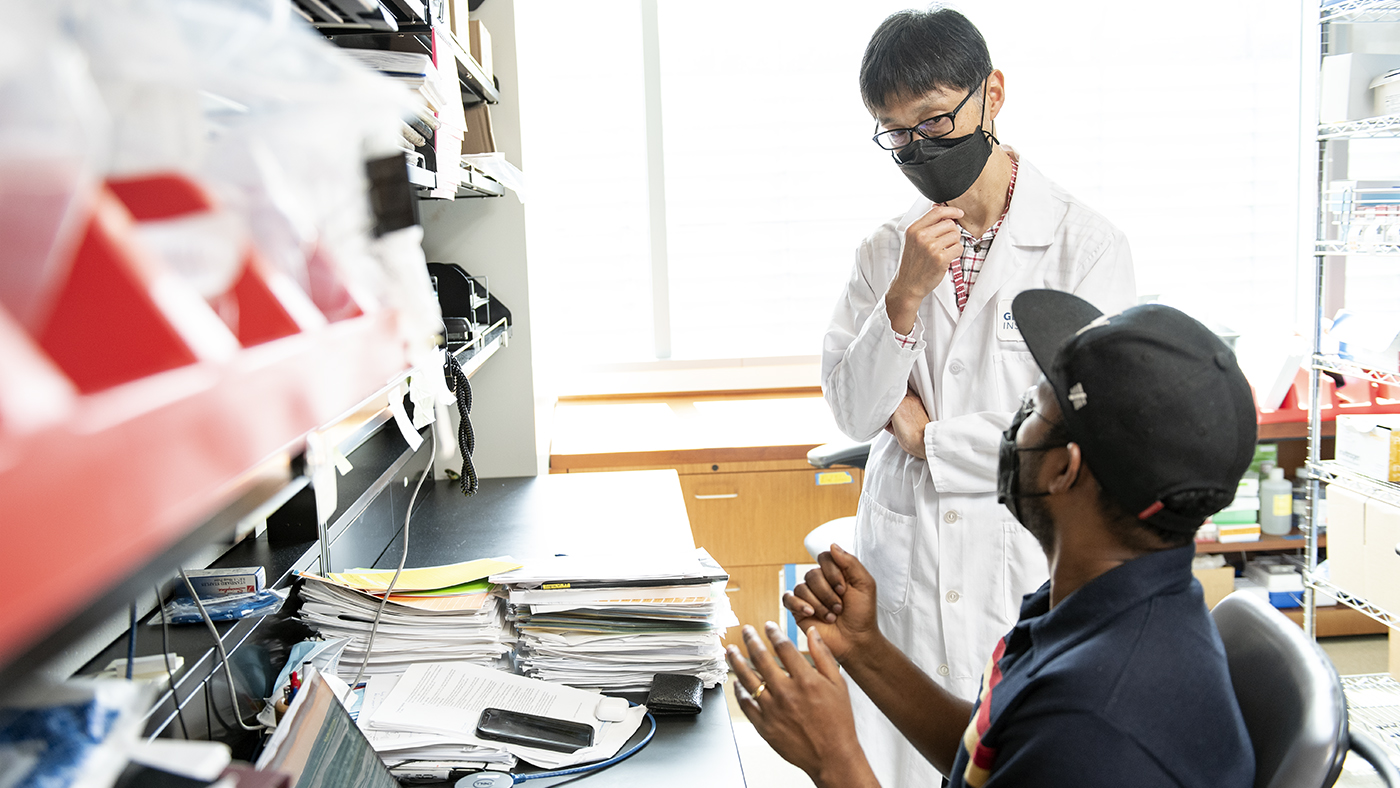 In this new study, Kiichiro and his colleagues developed an efficient model for studying the early, pre-implantation stages of embryo development.

To build on that work and better understand the reprogramming process, the scientists needed molecular resolution. In their new study, they turned to single-cell RNA sequencing, a technique that allows scientists to study individual cells based on the genes they turn on or off.

After analyzing thousands of individual cells reprogrammed from epiblast stem cells, and sifting the data through computer-powered analyses, they confirmed that, after 5 days of reprogramming, some cells closely resembled all three precursors of the fetus, the placenta, and the amniotic sac.

Moreover, as they were grown in the lab for a few more days, the three cell types displayed more distinct molecular profiles with striking similarity to real embryonic model cells. This is the same as would be expected during the growth of a normal embryo, when the three tissues acquire distinct physical properties and biological functions.

“Our single-cell RNA-sequencing analysis confirms the emergence in our synthetic embryo system of the cell types that lead to the three fundamental components of an early mammalian embryo,” says Kime. “In addition, it unveils in amazing detail the genes and biological pathways involved in the development of these precursors and their maturation into specific tissues.”

This knowledge provides a comprehensive backdrop against which to understand the mechanisms of early embryo development and the possible causes of its failure.

For now, the scientists plan to work on ways to increase the efficiency of their reprogramming process, so as to reliably produce large amounts of pre-implantation-like synthetic embryos for further studies. This would allow them to carry out experiments that were up to now unthinkable, such as large-scale screens for gene mutations that disrupt early embryos. And it may shed light on the causes of pregnancy loss due to early embryo failure.

They also want to better understand the molecular steps involved in reprogramming. In particular, they plan to look earlier than 5 days into the reprogramming process, with the hope of pinpointing truly totipotent cells at the origin of their synthetic embryos.

“The discovery that we could reprogram cells to adopt earlier, more pluripotent states revolutionized developmental biology 15 years ago,” says Tomoda, referring to the discovery of induced pluripotent stem cells by his and Kime’s mentor, Nobel Laureate Shinya Yamanaka.

“In the last few years, the field of synthetic embryology utilizing stem cells has seen a true explosion,” he says. “Our method of generating synthetic embryos is simpler than others, and quite efficient. We think it will be a great resource for many labs.”

This study was primarily funded by the RIKEN Center for Biosystems Dynamics Research Organoid Project.