Even if you haven’t ridden your bike in years, you probably remember how to do so without giving it much thought. If you’re a skilled piano player, odds are you can easily sit down and play a song you’ve rehearsed before. And, when you drive to work, you’re likely not actively thinking about your movements.

The skills needed to perform any of these activities are stored in your brain as procedural memories. Researchers from the Gladstone Institutes uncovered how a special type of neuron improves the efficiency of this type of learning. Their findings were published online today in the scientific journal Cell.

The scientists initially wanted to show how the specialized brain cells, called fast-spiking interneurons, cause movement disorders, such as Tourette’s syndrome, dystonia, and dyskinesia. As it turns out, that isn’t the case. But their work led them to an even greater discovery. 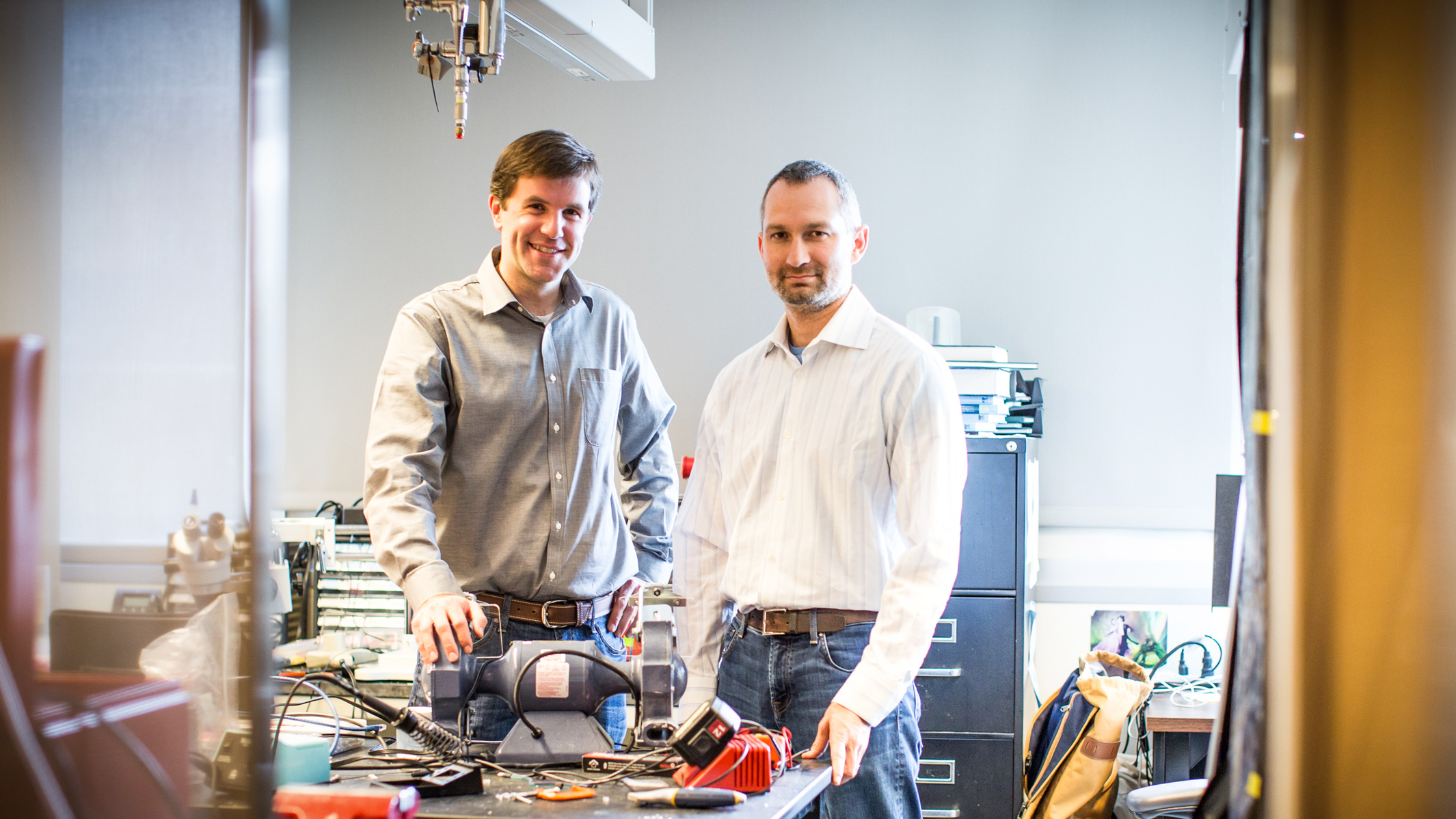 Owen (left) and Kreitzer (right) initially set out to confirm a leading hypothesis in the field. But their findings led them to an even greater breakthrough. [Photo: Elisabeth Fall]

A Path to Unexpected Findings

The team, led by Gladstone Senior Investigator Anatol C. Kreitzer, PhD, was trying to understand the basic mechanisms of the basal ganglia, which are a group of interconnected neurons in the brain that control movement and are associated with decision-making and action selection. Fast-spiking interneurons represent only about 1 percent of the neurons in that brain region, but are known to have an outsized role in organizing the circuit activity.

The leading hypothesis in the field was that these interneurons were involved in motor control, and that their loss might be related to movement disorders.

“After 2 years of experiments showing us the contrary, we finally convinced ourselves that the hypothesis was wrong,” said Kreitzer, who is also a professor of physiology and neurology at UC San Francisco. “It’s not that the interneurons aren’t at all involved, but their loss doesn’t cause the symptoms we thought it would. That was a big surprise.”

Instead, they discovered that the interneurons are much more important for learning and memory, and potentially more closely related to psychiatric disease than movement disorders.

Kreitzer’s team found that the interneurons play a fundamental role in brain plasticity, which is the brain’s ability to strengthen or weaken connections between neurons. By doing so, the brain can store information and procedural memory.

“We showed the fast-spiking interneurons act like gatekeepers for plasticity,” said Scott Owen, PhD, staff scientist in Kreitzer’s laboratory at Gladstone. “They restrict when plasticity can occur, meaning that they can prevent changes in the connection strength between neurons. This is crucial for learning and memory and, more specifically, for enabling the basal ganglia to remember how to perform tasks.”

Ultimately, the scientists explained how the interneurons function to improve the efficiency of procedural learning. 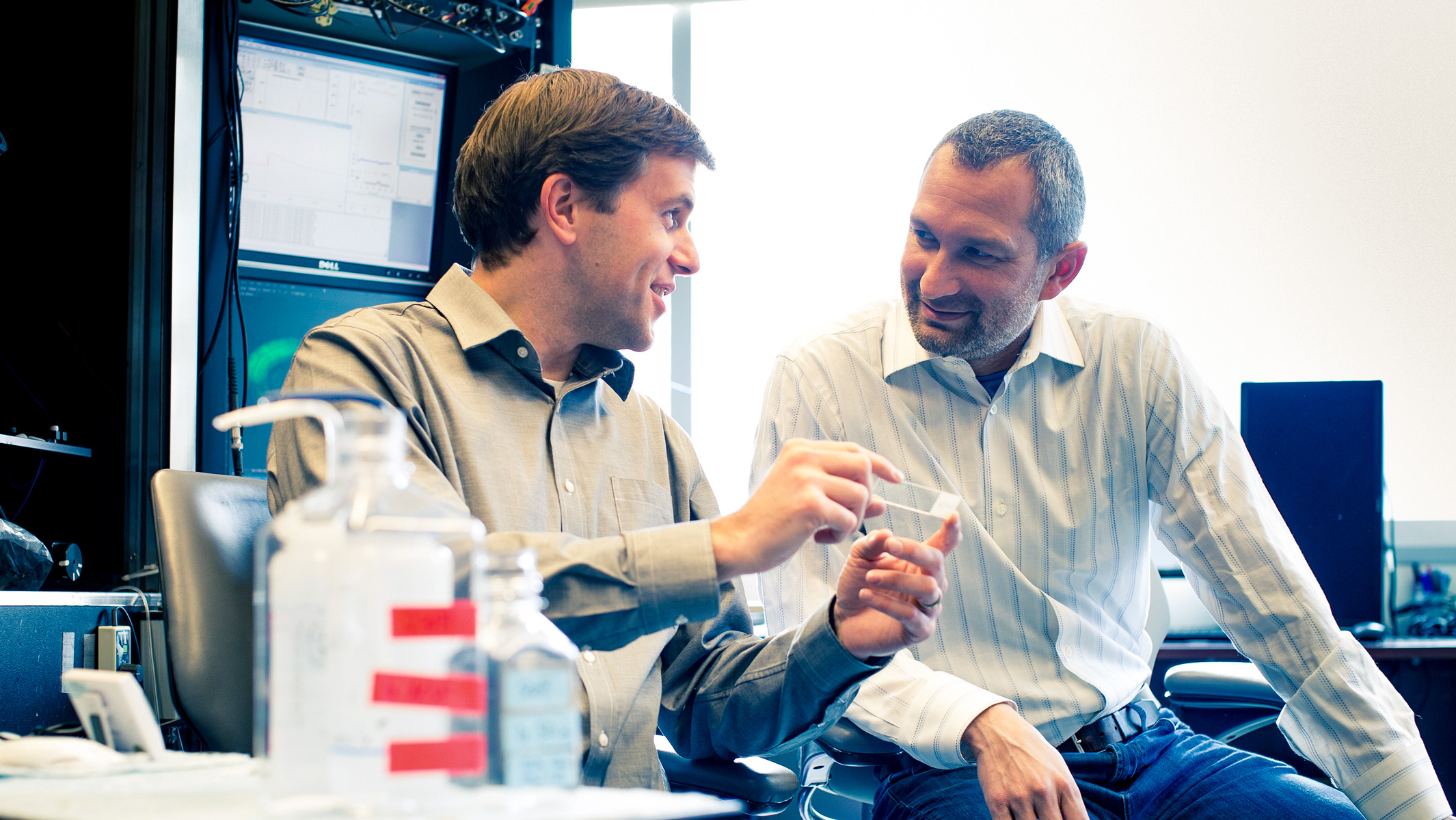 A New Principle with Broad Implications

Based on their discovery, Kreitzer and his team revised their assumptions about how fast-spiking interneurons may function elsewhere, suggesting that the neurons are critical for learning in other areas of the brain, too.

“Now that we’ve identified a new principle for how the interneurons can control plasticity, our study is a first step in better understanding the mechanisms involved in other brain regions as well,” said Kreitzer. “We believe our findings can be used as a general guide to determine how these neurons affect all neural circuits; the way that manifests itself in terms of behavior or disease will be different across different brain regions.”

In other parts of the brain, these same neurons are known to be crucial for processing sensory input, such as vision or touch, and their dysfunction is associated with bipolar disorder and schizophrenia. Fast-spiking interneurons could be a key factor in controlling the efficiency of the learning process in those systems as well.

Joshua Berke, a professor of neurology at UCSF, also contributed to the study. The research was funded by the National Institutes of Health.