Mapping the Brain Using Proteins, Light, and a Deadly Virus

Anatol Kreitzer writes about innovative research tools that are transforming the field of neuroscience, bringing us closer to much-needed cures for neurological diseases. [Photo: Chris Goodfellow]

The study of the brain has undergone a quiet revolution over the past ten years. In particular, systems neuroscience—the study of complex interactions among brain cells that underlie perception, thought, and behavior—has witnessed unprecedented advances in monitoring and probing the brain. Thus far, these new methods have largely been limited to the laboratory, but their impact on drug development and medicine is not far behind.

The brain is akin to a mass of wires that connect sensors (eyes, ears, nose, skin) with effectors (muscles) to generate behavior. The great mystery lies in what happens in between these two types of cells, where millions of sensory neurons join a network of neural hubs that transform information into signals that drive actions. The complexity of this system is overwhelming, and neuroscientists have spent a large part of the last century simply visualizing, cataloging, and classifying cells, pathways, and regions in order to map the brain.

A key step in disentangling this vast network is to find ways to access each of the thousands of different kinds of cells in the brain. One strategy scientists have developed is to engineer proteins to serve as tiny research tools that can be inserted into the cell. Some proteins, such as green fluorescent protein (GFP), light up the cell, enabling us to look at a specific cell type in the living brain. Other proteins allow researchers to measure electrical or biochemical activity, while yet others can activate or inhibit specific kinds of cells in the brain in real time. By inserting these proteins into the living brain, we can study and perturb different elements of neural circuits, giving us a picture of how individual components function within the complex network.

Over the past two decades, light has emerged as the preferred method for monitoring and controlling brain cells. Light can be precisely controlled in time and space; it can penetrate brain tissue; it can be used to image the brain in three dimensions; and it can be delivered at different wavelengths to access multiple distinct molecular targets. Additionally, light can be delivered to structures deep in the brain with optical fibers or micro-LEDs. The best example of this new light-based approach is optogenetics, in which cells are genetically modified to respond to specific wavelengths of light. This allows the experimenter to activate those cells in the living brain using light through fiber optics, providing a high precision way to turn cells ‘on’ or ‘off’ within a thousandth of a second.

Another innovative method used to track cellular pathways involves the rabies virus. Following a bite from a rabid animal, the rabies virus travels from nerve cell to nerve cell, eventually ending in the brain. Combined with a light-emitting protein, scientists use a modified, benign version of this virus and its cell-to-cell spread to visualize connections among brain cells. This approach helps us construct a roadmap of neural networks in the brain.

There are a wide range of implications for these technologies in the treatment of disease. For instance, it’s possible to imagine a future in which viruses, optogenetics, and related technologies are harnessed to modulate neural circuits to treat specific neurological and neuropsychiatric disorders in humans. Current therapeutic approaches are certainly moving in this direction. For example, deep brain stimulation (DBS)—delivering an electrical current into the brain to modify nerve activity—has become a standard therapy for Parkinson’s disease (PD), and it is now being adapted to treat a range of other conditions including depression and obsessive-compulsive disorder. Optogenetic methods would offer key advantages over DBS by enabling selective activation of diseased circuits without modifying nearby healthy nerves. This technology may someday change how we treat brain disorders.

In my lab at Gladstone, we routinely apply optogenetics, viruses, and related technologies to dissect the circuitry underlying movement and motor learning. With these methods, we have been able to map the network components involved in controlling simple behaviors such as walking and turning. This topic is particularly relevant to PD patients, since existing therapies are relatively ineffective at addressing difficulties with walking and maintaining posture. We have also linked this circuitry to the ability to learn to repeat actions that are rewarded and avoid actions that are punished, which is disrupted in conditions like obsessive-compulsive disorder and drug addiction. Next, we hope to discover the neural basis of other related disorders, including anxiety and tic disorders.

These network maps are essential in pinpointing key regions in the brain that are affected in neurological disorders, and thus may be viable targets for treatment. We are now extending this work to dig deeper into the underlying cellular mechanisms that control these circuits, as well as their dysfunction in disease. Our hope is that by increasing our knowledge of the brain, we will be able to develop better treatments and, ultimately, cures for a spectrum of debilitating neurological conditions. 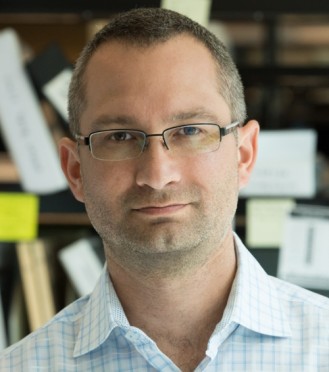