How Do Developing Spinal Cords Choose “Heads” or “Tails”?

Neural organoids developed by Gladstone scientists—like the ones in this vile held by study co-author Nick Elder—mimic one of the key steps in the early development of the nervous system in embryos.

The progression from a round ball of cells to an embryo with a head and a tail is one of the most critical steps in an organism’s development. But just how cells first start organizing themselves with directionality along this head-to-tail axis is hard to study because it happens in the earliest days of embryonic development, in the confines of a mammal’s uterus.

Now, scientists at Gladstone Institutes have created an organoid—a three-dimensional cluster of cells grown in the lab—that mimics the earliest developmental steps of the nervous system in embryos. The organoid is the first to show how human spinal cord cells become oriented in an embryo, and could shed light on how environmental exposures or toxins can make this process go awry, causing early miscarriages and birth defects.

“This is such a critical point in the early development of any organism, so having a new model to observe it and study it in the lab is very exciting,” says Gladstone Senior Investigator Todd McDevitt, PhD, senior author of the new paper published in the journal Development.

In a weeks-old human embryo, cells destined to become the backbone and spinal cord start assembling—beginning at the embryo’s head end and growing to form the tail (or tailbone) end of the embryo. The process is known as axial elongation.

Although scientists have studied this process in chick and mouse embryos, they have not been able to study molecules that help signal “heads” or “tails” to cells. What’s more, differences in the body plans of humans compared to other animals—such as the lack of a tail—might mean that observations in these model organisms don’t hold true in humans. 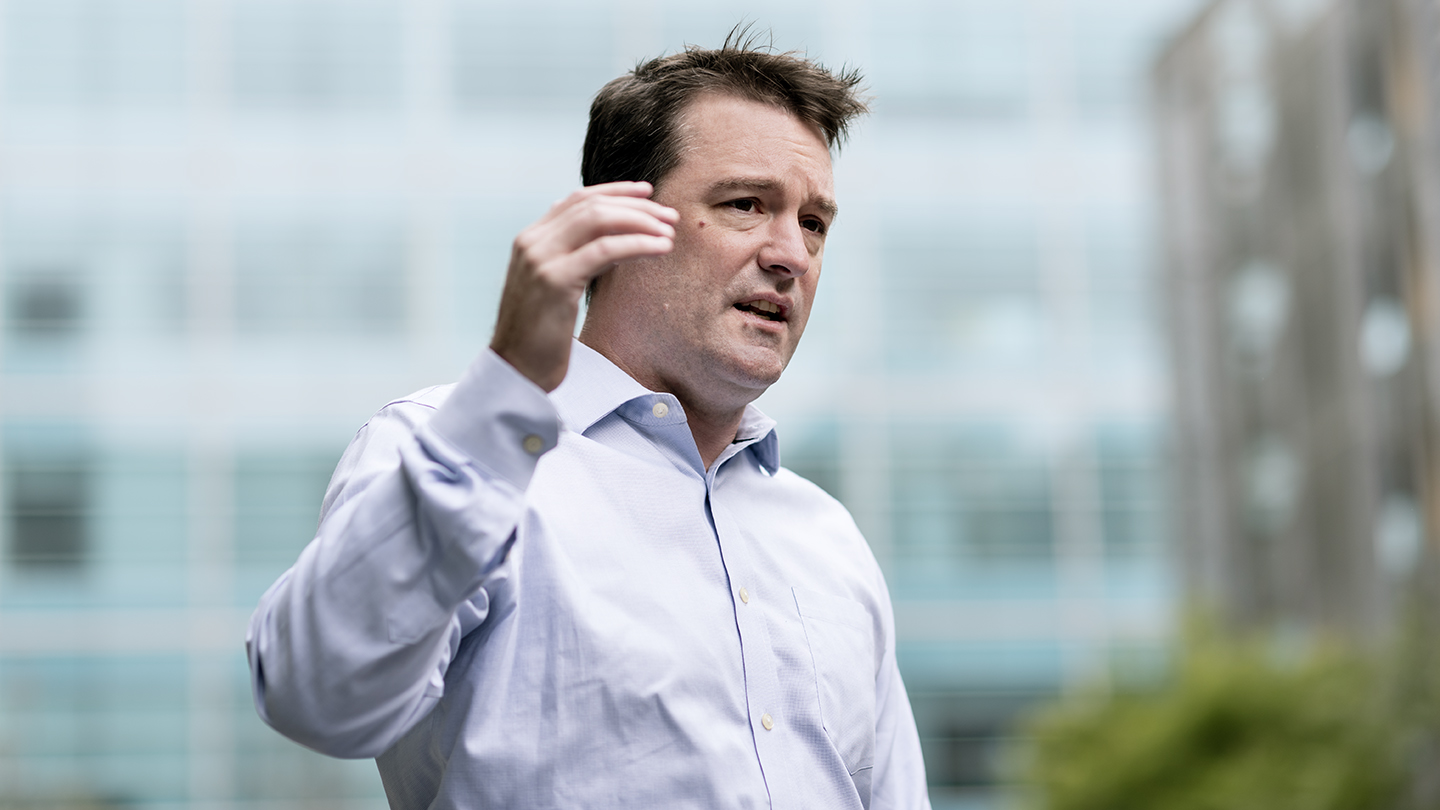 Todd McDevitt and his team developed a new human organoid that can be used to answer unresolved development questions or screen drugs for their effect on a developing embyro.

Members of McDevitt’s team were working on a new organoid, made from a population of brain cells, when they noticed that certain conditions allowed cell clusters to begin to spontaneously elongate, forming tadpole-shaped structures reminiscent of developing spinal cords. The extended organoids had made the same transition that an embryo undergoes when the spinal cord develops—switching from a ball of cells to something with a distinct head and a tail, marking the top and bottom of the spine.

“Organoids don’t typically have head-tail directionality, and we didn’t originally set out to create an elongating organoid, so the fact that we saw this at all was very surprising,” says Gladstone Graduate Student Nick Elder, a co-author of the new paper along with fellow Graduate Student Emily Bulger and former Graduate Students Ashley Libby, PhD, and David Joy, PhD.

The researchers worked to narrow down exactly what made the organoid elongate, and homed in on a handful of required signaling molecules. Then, they analyzed which genes were turned on or off in cells throughout the elongating organoid over the course of about 2 weeks. They found that the organoid had cellular and molecular patterns similar to those previously found in early developing mouse embryos.

“That means we can now use this model to better dissect the cellular and molecular details of human spinal cord elongation in the developing embryonic environment,” says Bulger.

For instance, the researchers used CRISPR-Cas9 genome-editing technology to silence a gene from stem cells thought to be important in spinal cord development, and then created organoids from the edited cells. Without the gene, the team showed, the organoids didn’t elongate normally, verifying the importance of the gene in axial elongation.

The organoid model could also be used to screen drugs or environmental exposures for their effect on a developing embryo, the researchers say.

“We can use this organoid to get at unresolved human developmental questions in a way that doesn’t involve human embryos,” says Libby. “For instance, you could add chemicals or toxins that a pregnant woman might be exposed to, and see how they affect the development of the spinal cord.”

For now, McDevitt’s team is planning to continue refining their approach to create elongating organoids under different conditions and using different cell types in an attempt to further understand the complex interactions that are required to build the spinal cord.

The paper “Axial Elongation of Caudalized Human Organoids Mimics Aspects of Neural Tube Development” was published by the journal Development on June 18, 2021.

Other authors of the paper are Martina Z. Krakora, Federico Mendoza-Camacho and Jessica C. Butts of Gladstone; and Eliza A. Gaylord of UC San Francisco.

The work at Gladstone was supported by the California Institute of Regenerative Medicine (LA1_C14-08015) and the National Science Foundation (CBET 0939511), as well as a fellowship from the National Heart, Lung, and Blood Institute (1F31HL140907-01).