Despite Antiretroviral Drugs, Finding a Cure for HIV Is Still Critical

His entire career, Warner Greene has had a singular mission—to find a cure for HIV.

Greene was a postdoctoral fellow at the National Institutes of Health (NIH) when the AIDS crisis hit the United States in the early 1980s. Almost nothing was known about this devastating disease, much less how to treat it. AIDS was considered a death sentence and fear of the disease rapidly circled the globe. In 1987, the first anti-HIV drug, AZT, was introduced, but the emergence of drug resistance quickly rendered it ineffective. By 1990, 8 to 10 million people were infected worldwide.

Greene came to the Gladstone Institutes from Duke University in 1992 with a vision to tackle the HIV/AIDS epidemic, serving as the founding director of the Gladstone Institute of Virology and Immunology (GIVI). This institute was the culmination of joint efforts by Gladstone, the State of California, the City and County of San Francisco, and UC San Francisco (UCSF). GIVI’s mission was to pursue basic HIV science research, taking advantage of the proximity to Ward 86 at UCSF, the first hospital ward in the United States devoted specifically to the care of AIDS patients.

“When I first started attending on the medical service at San Francisco General Hospital in 1992, every single patient we admitted had AIDS and there wasn't anything we could do about it” said Greene. “But in the laboratory, we began tearing the virus apart trying to understand how it worked, particularly how it interacted with host CD4 T cells. By understanding how each of HIV’s nine different genes functioned, and by defining their interactions with the host cell, we focused on identifying new therapeutic targets and propelling new drug development.”

GIVI’s research added to worldwide efforts and led to the emergence of more effective drugs.

Spearheaded by former Gladstone Investigator Robert Grant, MD, MPH, the GIVI team led the groundbreaking iPrEx study, which demonstrated for the first time how two antiretroviral drugs, combined in a single tablet, can be used to prevent HIV infection in high-risk populations. This international study was sponsored by the NIH as well as the Bill & Melinda Gates Foundation. Because of this study, the World Health Organization and Centers for Disease Control and Prevention now include this approach in their guidelines for physicians as part of a comprehensive prevention plan.

Greene also partnered with Paul Volberding, MD, at UCSF to form the federally funded UCSF–Gladstone Center for AIDS Research. Volberding and Greene have led this center for the past 24 years and it is recognized as one of the most successful in the country.

The Changing Landscape of HIV Research

HIV research has changed drastically since Greene started at Gladstone nearly 3 decades ago. Combination antiretroviral therapy has become a highly effective treatment, vastly improving the lives of those living with HIV. Currently, more than 30 antiretroviral drugs are on the market.

As Greene considered the changing landscape of HIV research and the positioning of GIVI for the next 10 years, he felt that a change in direction was needed.

“Gladstone is at its core a basic research institute,” said Greene. “The researchers here work at the tip of the discovery spear. This is where fundamental new advances occur. But HIV research has shifted from basic science to translational and implementation science research. Now, the HIV field is looking at how to better apply what we already know about the virus.”

The tremendous progress around HIV and the successful treatment of HIV-infected individuals is what led Greene to recommend a pivot in scientific direction for GIVI.

"We want to identify, reduce, and control latent HIV reservoirs so that infected individuals no longer need antiretroviral drugs."

But a cure and vaccine for HIV are still out of reach, which is why Greene’s HIV work at Gladstone is far from finished. Last year, he stepped down as director of the GIVI to facilitate the institute’s pivot and at the launch the Gladstone Center for HIV Cure Research.

The Future of HIV Research

Patients who are treated with antiretroviral therapy are required to stay on a strict daily regimen or risk the virus rebounding. While many patients are able to take these medications without any problems, some suffer from toxic side effects that range from fatigue, insomnia, and depression, to liver or pancreas damage. As infected individuals grow older, they prematurely develop a range of “aging-related” diseases which can be caused by residual inflammation or the drugs themselves.

Moreover, roughly 16 million HIV-infected people around the world still do not have access to lifesaving antiretroviral therapy. Each day, 5,000 people worldwide are newly infected with HIV. In the United States alone, 100 people are infected daily. The toxicity of life-long antiretroviral therapy (ART), the increasing fiscal challenge of supporting lifelong ART in developing countries, and the emergence of drug resistance emphasize the need for a safe and scalable alternative to ART.

This is why Greene’s work and the Center for HIV Cure Research are so important.

“The focus for the new center is crystal clear,” said Greene. “We want to identify, reduce, and control latent HIV reservoirs so that infected individuals no longer need antiretroviral drugs. Because so many patients remain untreated around the world, particularly in sub-Saharan Africa, a cure may be the best hope in our longstanding battle against HIV/AIDS.”

Greene feels great pride for what his team has been able to accomplish over the years and he’s optimistic that these achievements position him to reach his ultimate goal.

“Warner has been an integral part of Gladstone for nearly 30 years,” said Deepak Srivastava, MD, president of Gladstone. “GIVI’s impact on the HIV field is immeasurable and it could not have been done without Greene’s leadership.”

As for the GIVI, it will take a new form under a new director.

“We plan to launch the search for the new director in 2019,” says Srivastava. “Tremendous opportunities to impact human disease open up by deeply understanding and harnessing the immune system to tackle invading pathogens, autoimmune diseases, and the many human conditions affected by inflammation, including Alzheimer’s and heart disease. We will find a top-flight scientist and leader who will integrate new approaches and directions with the great science underway at Gladstone.”

New leadership and a new focus for GIVI will provide an opportunity to study new diseases, allowing for more discoveries, breakthroughs, and cures.

These changes usher in an exciting time for Gladstone, as well as for Greene. The Center for HIV Cure Research is what Greene’s career has been building toward. He and his center offer the real possibility that one day, we will see an end to ART and a true cure for HIV. 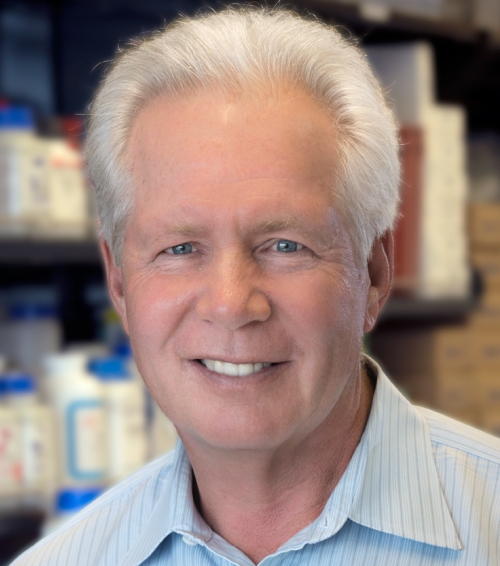 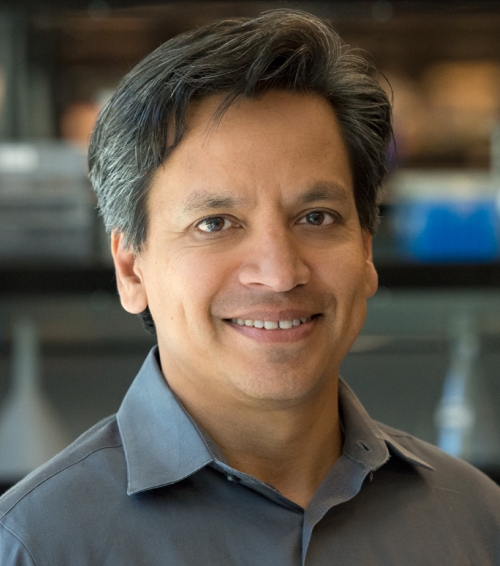 Herding Pink Elephants: How to Overcome the Barriers to Creativity and Change

Every organization wants to transform into something greater but why do three-quarters of those efforts fail?

UC Davis Chancellor Gary S. May spoke to the Gladstone community on increasing diversity in STEM.