Scientists today can transform nearly any cell in the body into a completely different cell type. For instance, blood cells can be turned into heart or brain cells, which can then be used to study a patient’s disease or even create a therapy specifically for that patient. Known as cellular reprogramming, this technique has the potential to revolutionize regenerative medicine.

To support this emerging field of research, the Gladstone Institutes awards the annual Ogawa-Yamanaka Stem Cell Prize to leading scientists whose work brings discoveries in cellular reprogramming closer to clinical applications. This year, the Cell Press group is forming a partnership with Gladstone to support this important prize.

“Regenerative medicine is a promising discipline that could, one day, completely change the landscape of medicine,” says Sheila Chari, PhD, editor-in-chief of Cell Stem Cell at Cell Press. “We are proud to partner with Gladstone to promote the Ogawa-Yamanaka Stem Cell Prize, which we believe plays a crucial role in inspiring scientists to look beyond the obvious in search of new approaches for treating disease.”

Cellular reprogramming gained momentum in 2006 when Shinya Yamanaka, MD, PhD, Gladstone senior investigator and Nobel laureate, discovered induced pluripotent stem cells. He found that by using four specific genes, he could reprogram adult skin cells into cells that behave like embryonic stem cells, meaning they can be transformed into any type of cell in the human body.

Since then, scientists around the world have found other ways to reprogram one cell type into another with increasing efficiency and sophistication.

“The Ogawa-Yamanaka Stem Cell Prize recognizes the progress made since Shinya’s major discovery, and is intended to support scientists whose efforts in this field could have a significant impact on the way we help patients in the future,” says Deepak Srivastava, MD, president of Gladstone.

The prize, sponsored by the late Hiro and Betty Ogawa, supports individual researchers conducting groundbreaking work in translational regenerative medicine using reprogrammed cells. Nominations for the 2019 Ogawa-Yamanaka Stem Cell Prize will be accepted from April 1 to May 15, 2019. The winner will be announced in June 2019.

A ceremony will be held on November 6, 2019, at the Gladstone Institutes in San Francisco, California, to recognize the prize recipient. The 2019 winner will give a scientific lecture and will be presented with the award, along with an unrestricted prize of $150,000 USD. Those interested can register in advance to view the lecture and ceremony streamed live online.

Supported by the Gladstone Institutes, the Ogawa-Yamanaka Stem Cell Prize was established in 2015 through a generous gift from the late Betty and Hiro Ogawa. It honors their memory by continuing the philanthropic legacy they shared during their 46-year marriage. It also recognizes the importance of induced pluripotent stem cells (iPSCs), discovered by Gladstone Senior Investigator and Nobel laureate Shinya Yamanaka, MD, PhD. 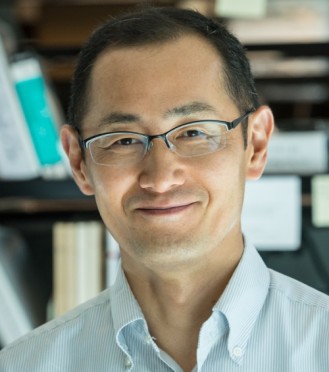