Celebrating the Women of Gladstone

In honor of International Women’s Day, we asked women at Gladstone how the field of science has changed over the years and why it’s important to have a strong group advocating for women.

In 2016, Gladstone launched the Women’s Initiative with the mission to identify and address issues that affect women at Gladstone, and to foster a supportive network that connects them as they progress through their professional careers. 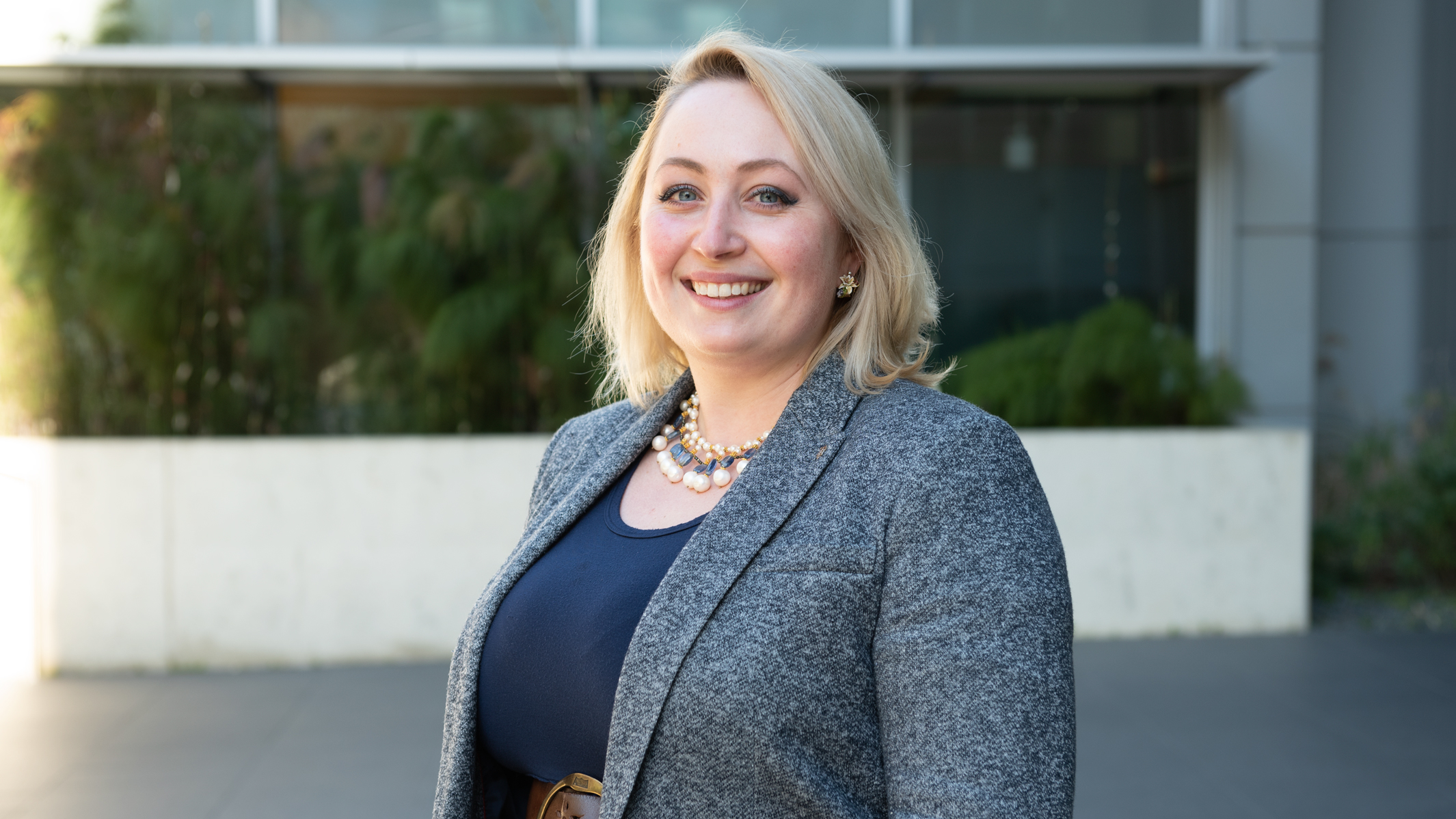 Jeannette Osterloh is the corporate liaisons and ventures manager at Gladstone and co-leads the Leadership Development Committee for the Women’s Initiative.

How has the field of science changed for women since you began your career?
There’s more general awareness of unconscious bias, microaggressions, and diversity. More people are recognizing when women are underrepresented in meetings or on panels. Importantly, women are speaking up—I’ve noticed that more women are empowered to speak up when they see disparities—they’re not keeping quiet when they see something wrong.

What can men do to be good allies?
Proactively engage women in the conversation, especially junior-level colleagues. For example, I was in a meeting with senior executives where I wasn’t expected to directly contribute to the discussion. However, one of the executives specifically called me out in the meeting and asked for my input. Importantly, he continued to do it at more meetings! Aside from a momentary panic because I wasn’t quite prepared to answer, it was empowering to feel like at least one person/man on the senior team valued my opinion. It encouraged me to speak up more at future meetings and be heard (and to make sure I was extra prepared for those meetings). 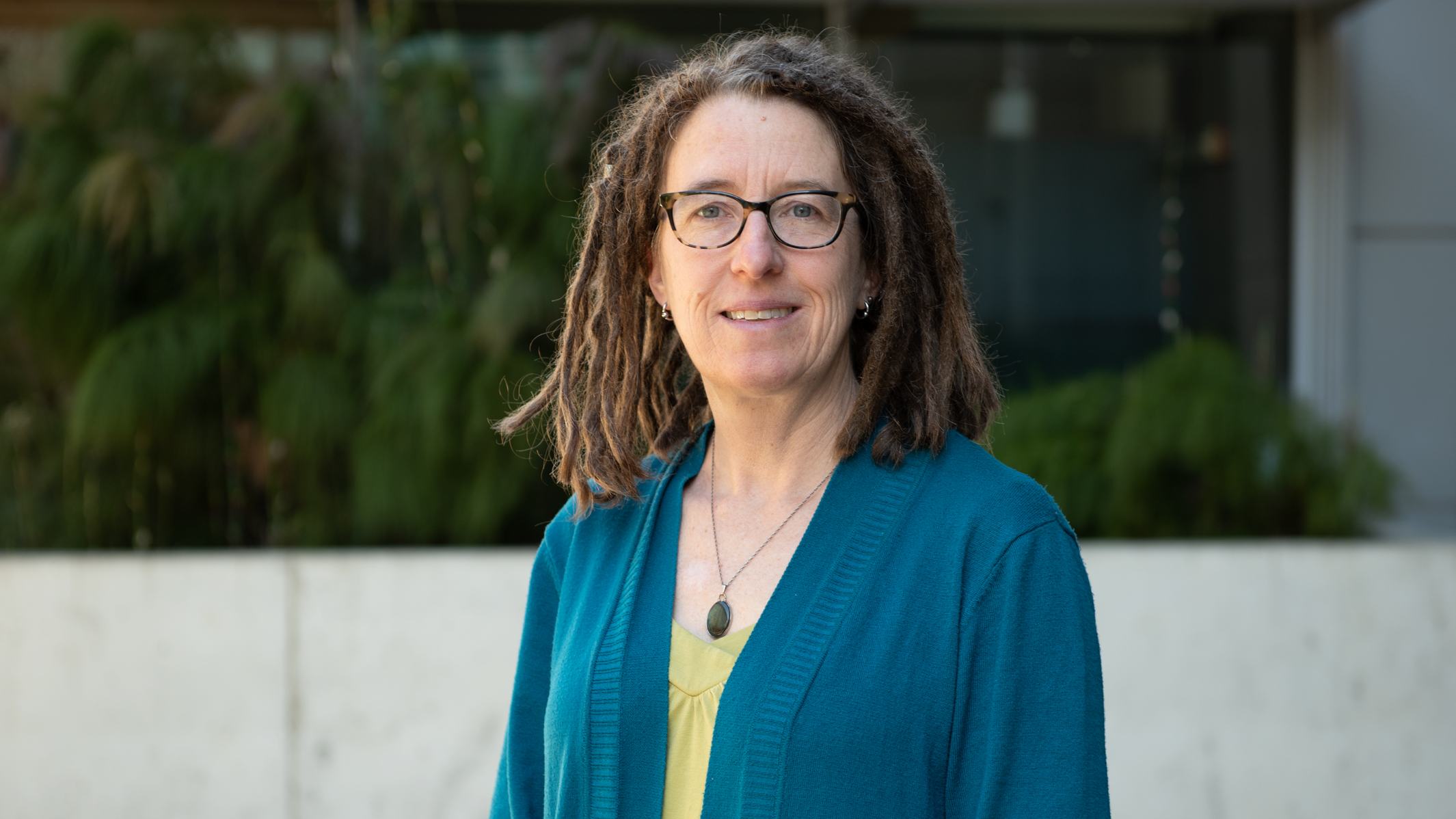 Katie Pollard is director of the Gladstone Institute of Data Science and Biotechnology and co-leads the effort to increase the proportion of female speakers in Gladstone’s seminars.

How has the field of science changed for women since you began your career?
Since I was in college almost 30 years ago, there are many more women going into quantitative sciences. And yet, women are still underrepresented in later career stages, which is unfortunate. But today’s students and postdocs can change the future face of science, so I’m still optimistic.

Have you had a particularly inspiring mentor or role model? What did you learn from them?
I was lucky to have two awesome female math professors in college who taught me a lot of technical skills. They also showed me how to have fun doing math and made me confident that I could be a scientist on my own terms. 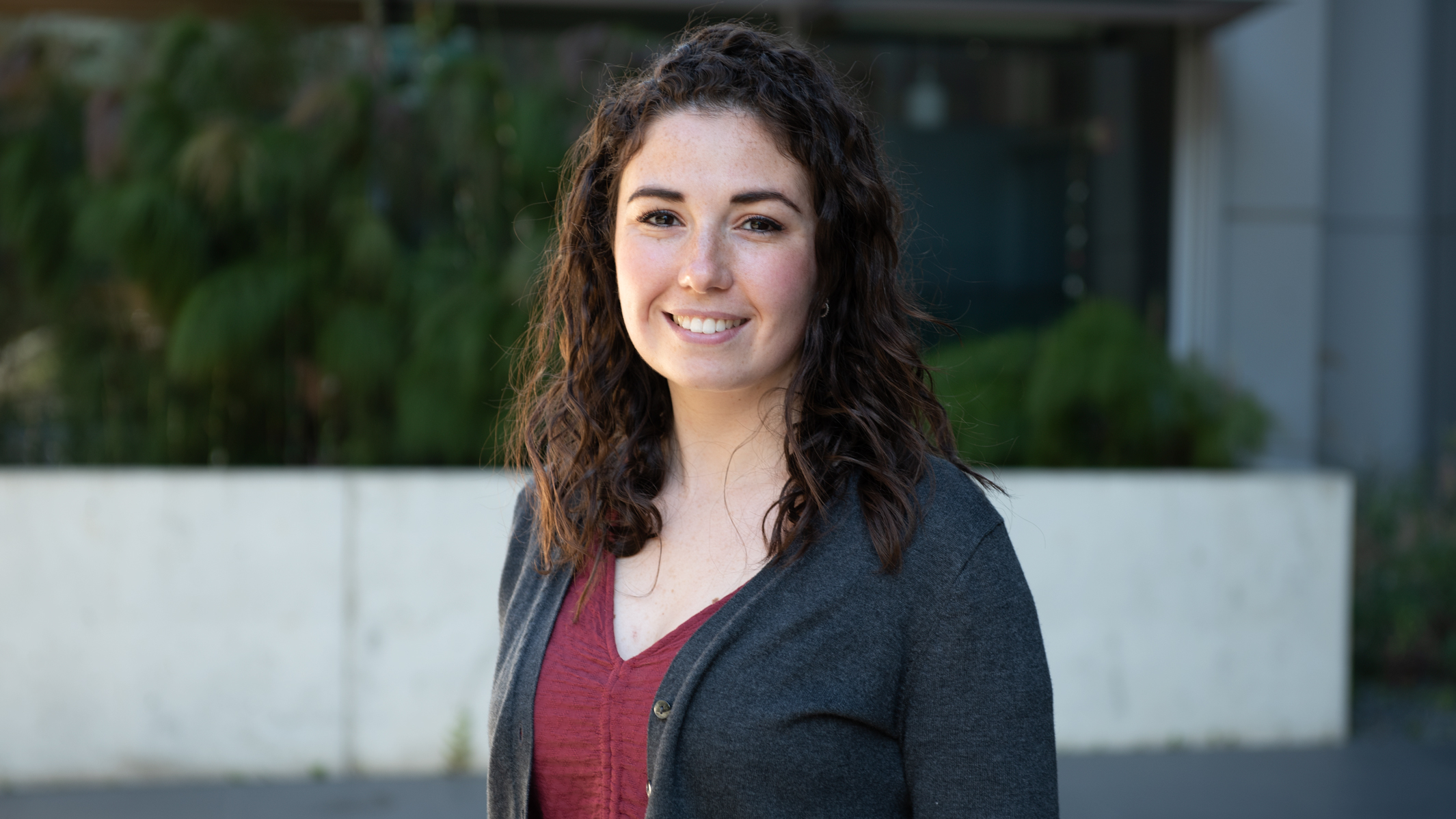 Didi Mamaligas is a postdoc in the lab of Anatol Kreitzer and she co-leads the social events committee for the Women’s Initiative.

Have you had a particularly inspiring mentor or role model? What did you learn from them?
I have a fantastic mentor and role model who is an early-stage principal investigator. She was the first person to tell me, as I was wrapping up graduate school, that I was a great scientist and that I shouldn't sell myself short because of whatever imposter syndrome was floating around in my mind. It isn’t common for women to hear that our work is important and well done, partially due to the language we tend to use to “sell” our science. However, when someone who you respect and admire tells you that they believe in your ability to be a successful independent scientist in a tough market, that can go a very long way. She encourages me to take risks that she knows I am prepared for, which in turn builds my self-confidence. I’m really grateful to have that in my life.

Why is the Women’s Initiative and its programming important to you?
The Women’s Initiative provides me with the opportunity to create relationships with people who share my values. In my experience, increased representation is globally beneficial in the workplace, for everyone, regardless of their field.

Women’s Initiative programming provides a gender-inclusive forum to not only discuss these concepts and issues but also to simply have fun with friends who lift each other up. The truest form of an ally is a person who understands how changing the system is beneficial to everyone including themselves. With that in mind, I welcome all Gladstone community members, both womxn and allies, to spend some time at our events! Seeing people show up from every part of Gladstone is so important for spreading the culture of inclusivity in the community. 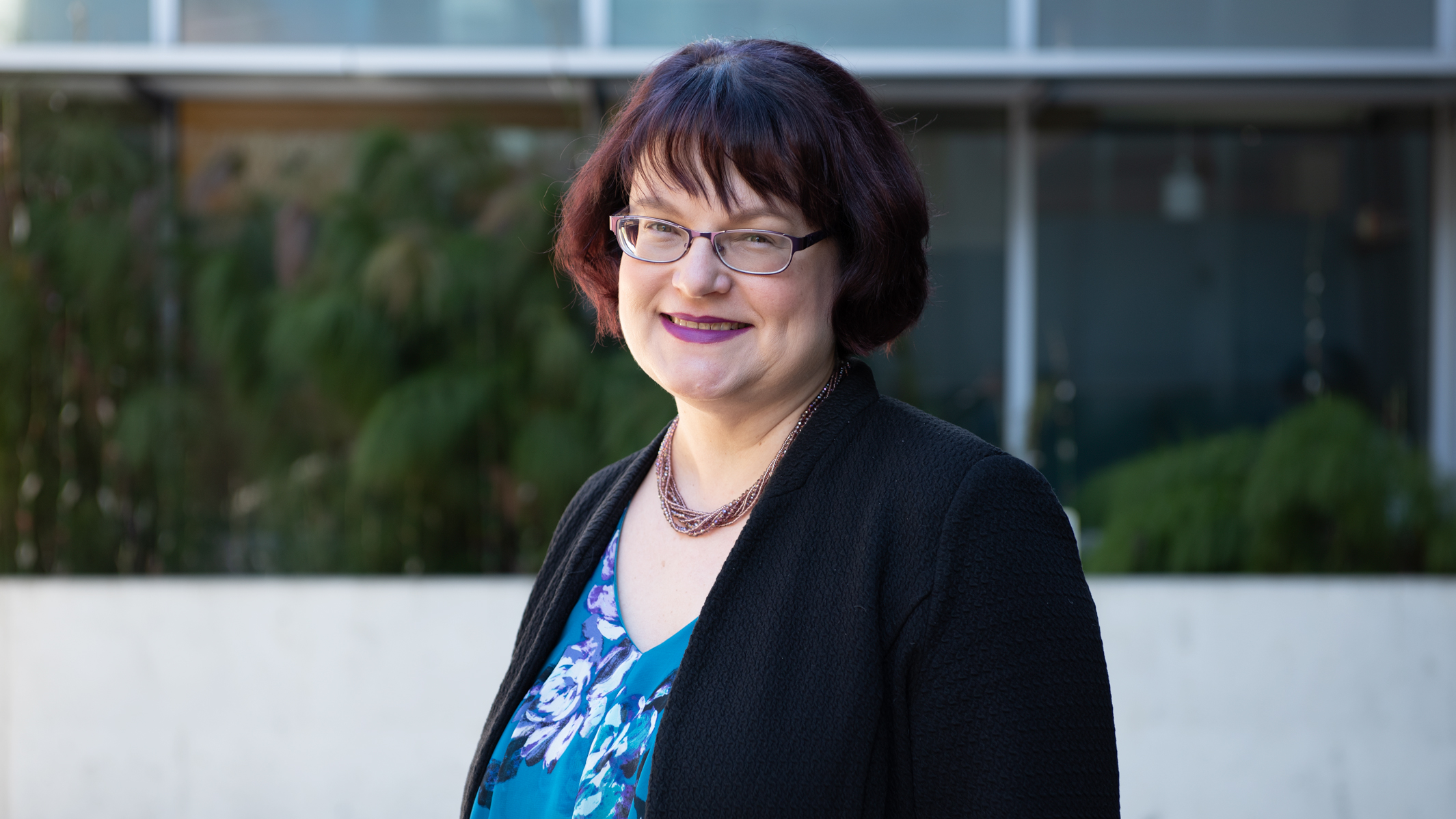 Bethany Taylor is chief of staff at Gladstone and co-leads Mentor Matchup Program and the effort to increase the proportion of female speakers in Gladstone’s seminars.

Do you have advice for women interested in a career in science?
In over 20 years as an administrator at Gladstone, I have seen many women train here and go on to various careers in science, from the traditional academic route, to industry, science writing, and public policy. The main thing I’ve observed is that the women who seem happiest in their careers are the ones who define what success means to them rather than sticking to a prescribed definition of success.

Have you had a particularly inspiring mentor or role model? What did you learn from them?
I have been fortunate to have three mentors at Gladstone who are very special to me. Sylvia Richmond did most of my hands-on training when I first arrived at Gladstone and taught me to be a stickler for accuracy and detail. Susan Dan modeled kindness, professionalism, and grace under pressure. And Deepak Srivastava, my boss for the past 15 years, has taught me by example that leadership is about service, values, and genuine caring. 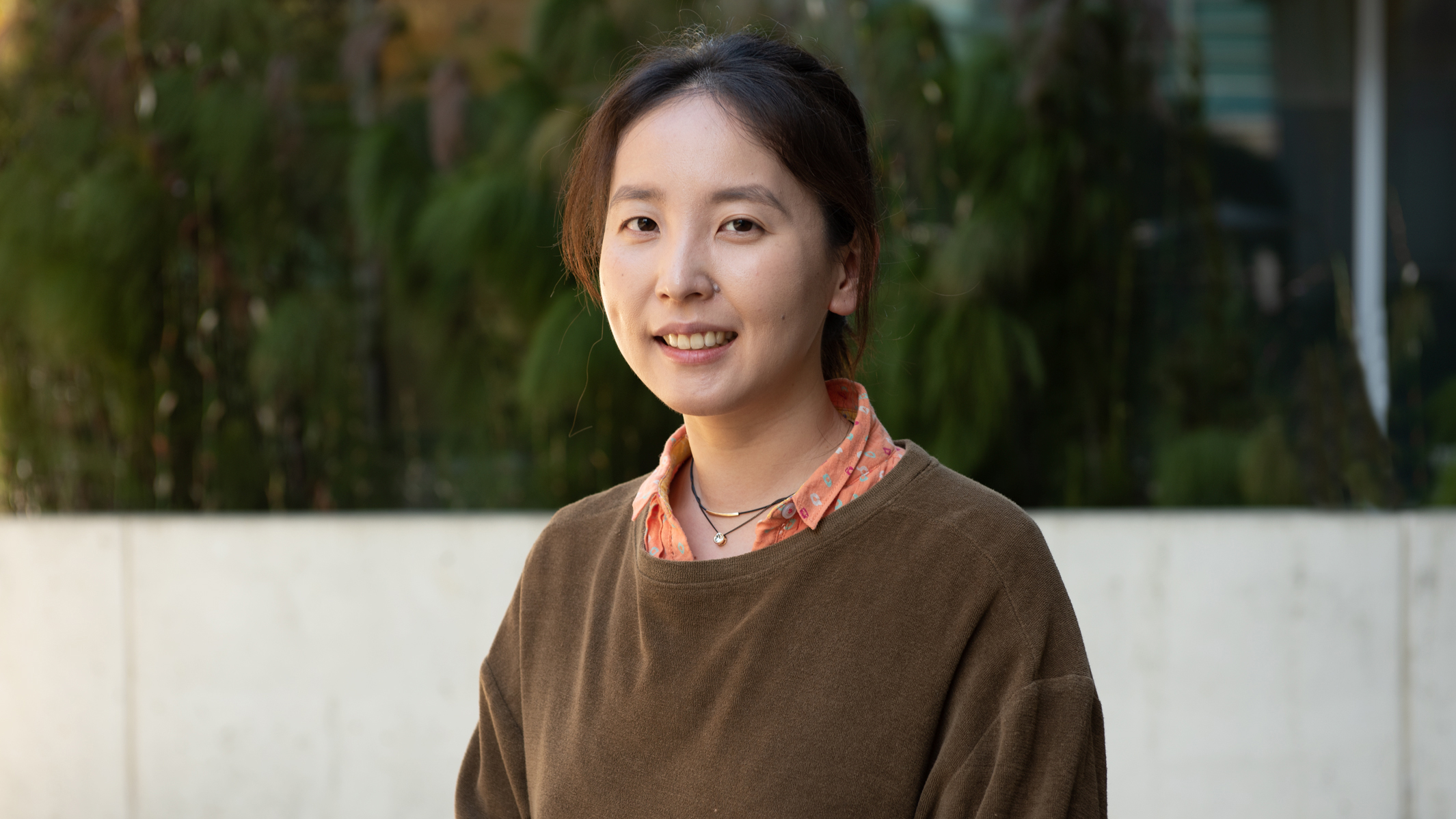 Victoria Yoon is a research scientist in the lab of Yadong Huang and co-leads the Mentor Matchup Program as part of the Gladstone Women’s Initiative.

What drew you to the science you currently work in?
When I was in college, I met a legendary professor, Marian Diamond, who was famous for her human anatomy class. On the first day of class of 800 students, she brought a beautiful English hat box and pulled out a human brain. That was my first introduction to neuroscience, and I continued to work in neuroscience labs of various expertise to gain more understanding. This led to my interest in neurological diseases—I’m currently in a lab that studies Alzheimer’s disease, the most common form of dementia and one of the leading causes of death worldwide.

Do you have advice for women interested in a career in science?
Be persistent and creative in carving out the path that speaks to your identity and vision to bring the kind of change you want to see for yourself and others. If you find the path to be unconventional (i.e., a title, role, or job that has never existed before), celebrate that you found the creative and needed niche to enrich and further your and your organization’s shared purpose. Also, share your vision with others so that your voice can be amplified and you can build a personal network of allies who will mentor you throughout your career.

Why is the Women’s Initiative and its programming important to you?
We can't move the needle without a team. The Gladstone Women’s Initiative is not just for women— it’s for everyone who understands the value of having women in science represented at the table, in addition to anyone who understands the value of diversity and inclusion. I found mentoring to be vital to grow in science, and the Women’s Initiative gave me a platform to create the Mentor Matchup Program that benefits women of various backgrounds and level of expertise to advance their careers. Programming like this is essential and beneficial, and we can always use more to have more women in science across all expertise and levels. 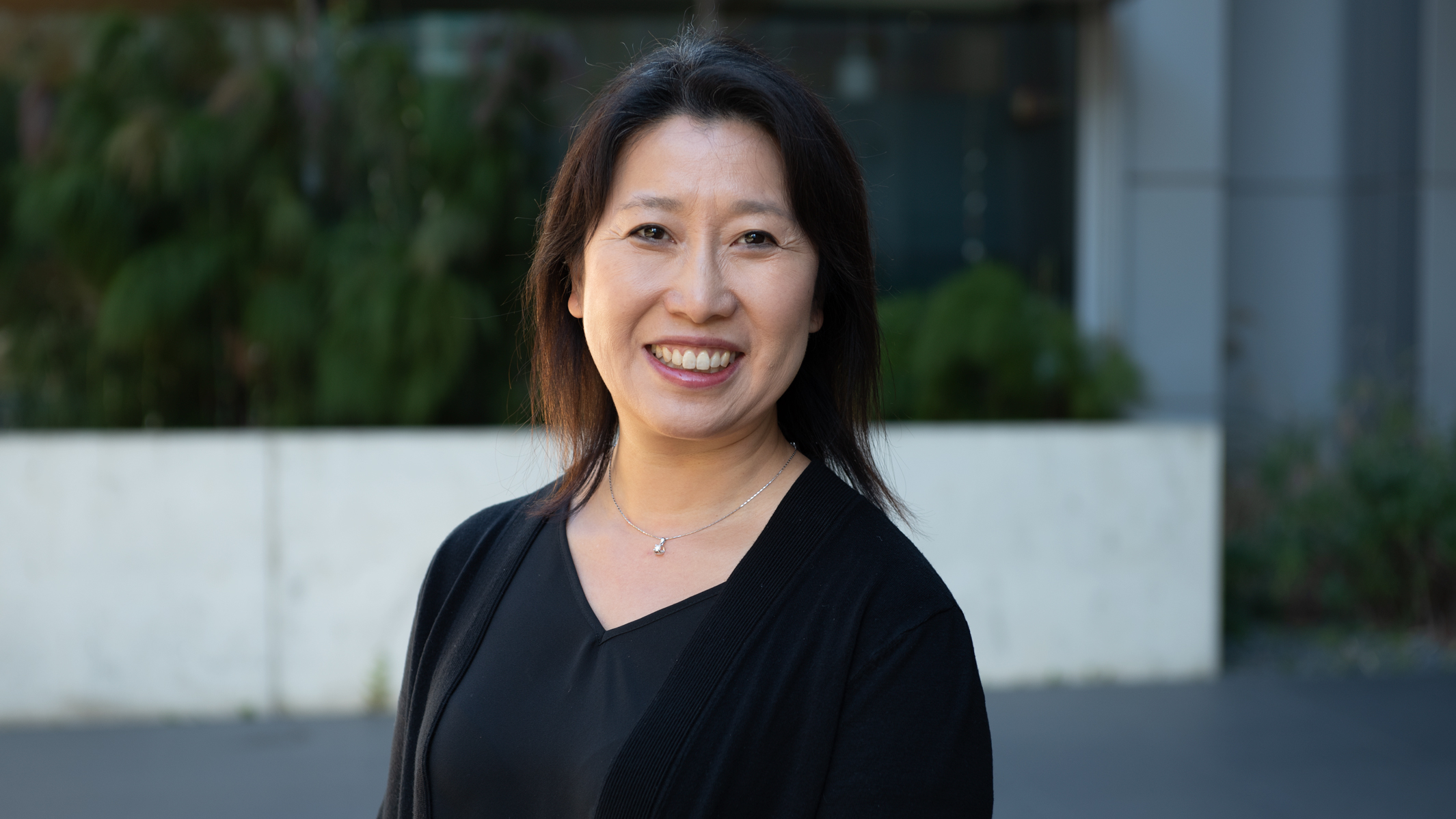 Po-Lin So is the director of the Stem Cell Core at Gladstone.

What drew you to the science you currently work in?
I have always been interested in science focused on understanding and treating human disease. Having researched preclinical strategies to treat human disease in non-human models, which did not necessarily translate to humans, it made perfect sense to switch to human induced pluripotent stem (iPS) cell models to understand human disease. The combination of human iPS cells with CRISPR genome editing technologies has created a tour-de-force for further understanding human disease and for developing novel therapies. 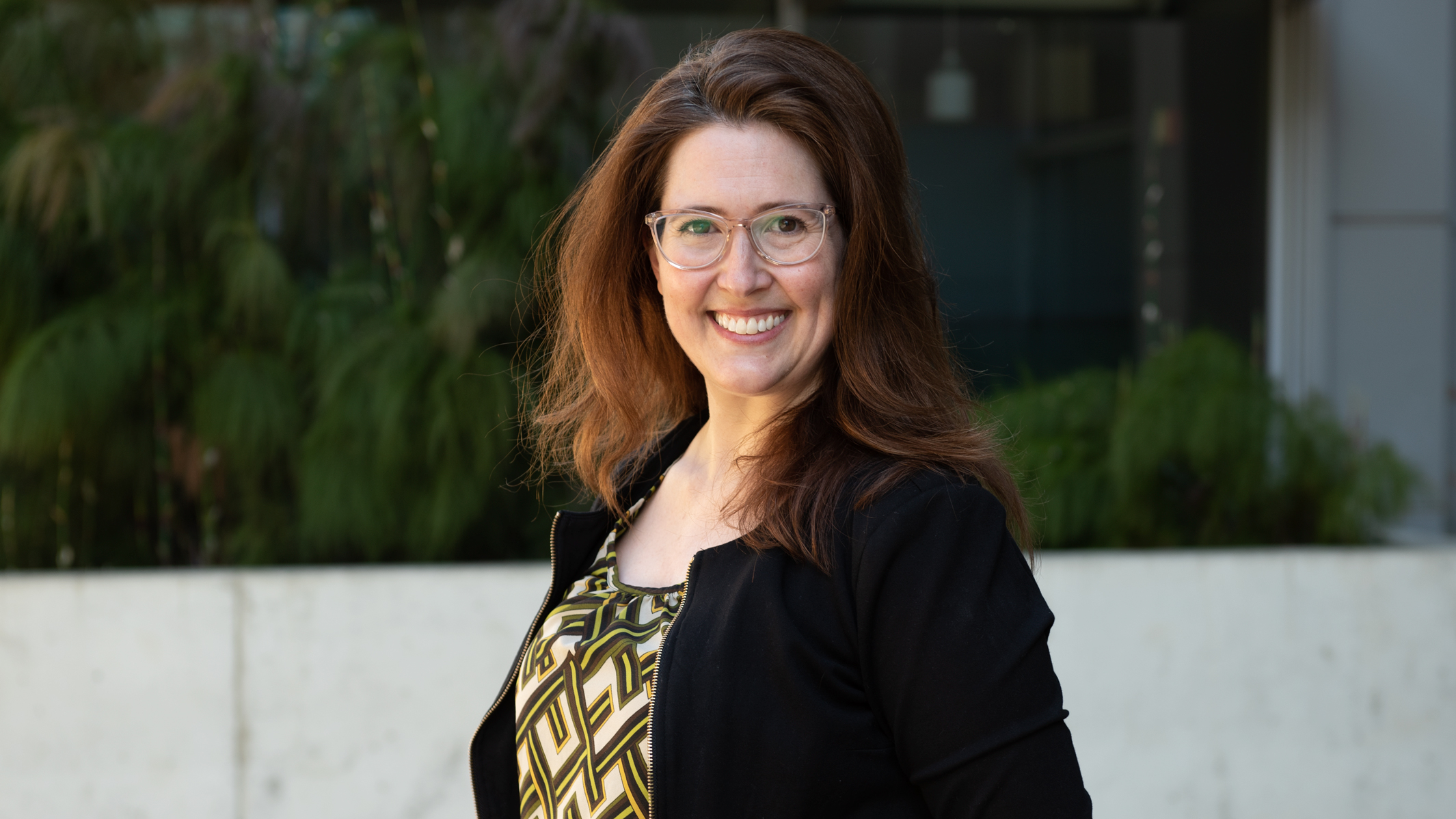 Courtney Dickerson is a project coordinator in the office of the chief operating officer. She co-leads the Mentor Matchup Program for the Women’s Initiative.

How did you come to a career in research administration?
Throughout my 15-year career at the investment bank and then in corporate communications at the bank in NYC, I worked with wonderful people who were at the top of their game and who were very generous with giving me opportunities for growth and development. During Occupy Wall Street’s march up Park Avenue, my boss accepted a mail bag full of paper airplane letters and handed me the responsibility of sorting and routing the applicable letters to our escalation desk. It was so humbling to read each person’s story of hardship. I had felt a yearning over the years—a desire to be part of an organization that was making a more tangible positive impact on the world—but my career had gone in other directions up until that point. I’ve been fortunate to work with a new group of inspiring people in biomedical research over the past seven years. I’ve learned so much about how to exemplify selfless, service-oriented leadership and mentorship of others from Bob Obana, my boss for the past two years.

Why is the Women’s Initiative and its programming important to you?
The Women’s Initiative is a great platform to raise issues that might stereotypically be oriented toward women but that really benefit everyone when they can be adopted into the greater Gladstone culture. When I was tapped by Joke van Bemmel and Victoria Yoon to join them in leading the Mentor Matchup Program, I was immediately drawn in by the enthusiasm and dedication they brought to this new program, offering others the opportunity to receive the kind of mentoring that they’ve found meaningful in their own careers.