Mentorship is a key driver for success and a vital part of the work and training environment at Gladstone.

The mission of Gladstone is two-fold:

To drive a new era of discovery in disease-oriented science and to mentor tomorrow’s leaders in an inspiring and diverse environment.

Gladstone’s scientific achievements often get the limelight. But its mentoring efforts happen primarily backstage. Despite the importance of mentoring for the success of scientists, it can be harder to quantify and convey all the achievements that have been made.

Most mentoring takes place in the labs, where mentors pass on to their mentees scientific skills and expertise. But mentoring goes well beyond lab skills, and can happen in offices, meetings, or hallways. Wherever mentoring might happen, Gladstone not only provides opportunities but also rewards the flow of knowledge and advice flow from mentors to mentees.

Gladstone’s scientific mission is a lofty one, but it is propelled by good mentors and mentoring programs. Gladstone has etched this belief in its new strategic plan—the value of mentoring is laced throughout the document, with one of the primary aims being to “provide a tailored and sought-after training experience to help shape tomorrow’s leaders.”

In 2012, Gladstone formed the Mentoring Task Force, bringing together investigators, postdocs, students, and members of research operations to actively assess how to improve mentoring at Gladstone. Led by Senior Investigator Melanie Ott, MD, PhD, the goal of the task force is to help Gladstone scientists at all levels to reach their full potential.

The Mentoring Task Force has created and distributed standards for how to be both an effective mentor and mentee. They coordinate career development opportunities for young scientists to learn the skills needed to advance in their career. And they plan regular events during which trainees can form deeper connections with more senior scientists. The Mentoring Task Force envisions mentoring as a reciprocal relationship where feedback flows openly between mentor and mentee. Both parties contribute to the success of the mentorship when they put forth equal effort.

“At Gladstone, we believe that seeking and providing mentorship never stops, regardless of your level of seniority or work experience,” says Ott, who serves as Gladstone’s Officer of Mentoring. “Young scientists come to Gladstone not just because of the great science we’re doing but because of the support they can receive.” 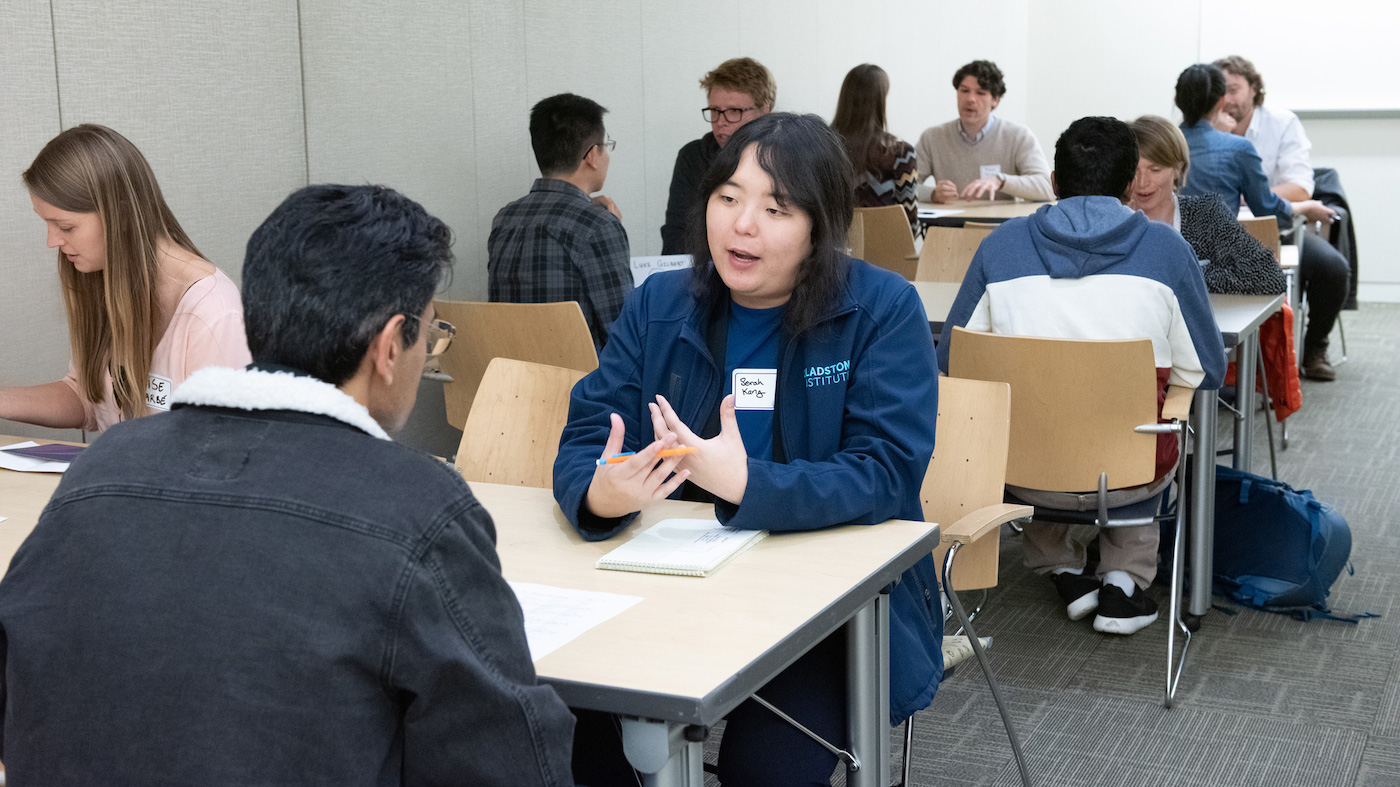 Most recently, the Mentoring Task Force hosted a “Speed Mentoring” event as part of January’s National Mentoring Month efforts. Leaders from a wide range of career fields, including industry, policy and regulation, business development, entrepreneurship, and academia, came to Gladstone to meet with current grad students and postdocs and discuss career paths. By the end of the night, Gladstone trainees had been exposed to the variety of opportunities open to them, and many had established contacts to continue the conversations.

While the Mentoring Task Force focuses mainly on scientific development, Gladstone’s Women’s Initiative makes space for mentoring in professional development, particularly for women. This year, the Women’s Initiative Career Mentoring subcommittee launched the Mentor Matchup program. This program creates a formal mentoring structure by pairing a small number of mentees one-on-one with mentors at Gladstone, and providing space for them to meet throughout the 1-year term. Both mentors and mentees will start the program by attending a workshop on creating a good mentoring relationship. 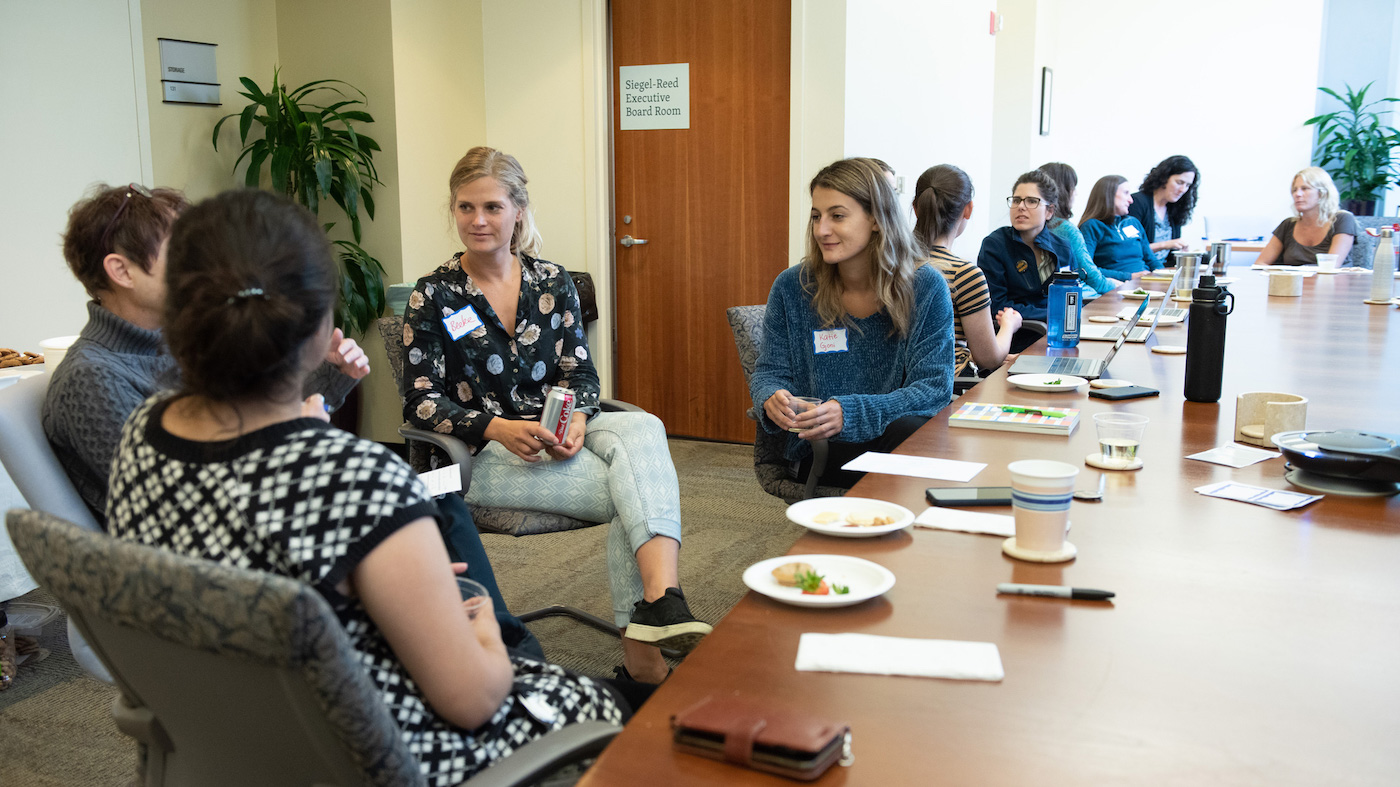 The Women’s Initiative Career Mentoring subcommittee aims to address issues that affect women at Gladstone as they progress through their professional careers.

The program was started by two early-career scientists, Victoria Yoon and Joke Van Bemmel. The goal of the program is to provide guidance on career planning, advancing leadership skills, and other professional skills, such as communication, negotiating, and work/life balance.

The impact of great mentors can be felt daily throughout the organization. In order to acknowledge and highlight the importance of mentorship, Gladstone launched the Outstanding Mentoring Award. This year, the award recognizes one mentor whose support of their scientist mentees is especially noteworthy. The Mentoring Task Force stands as the selection committee, and the entire organization will come together during Gladstone Celebrates, a new award ceremony, to honor the recipient. In the upcoming year, this award will be expanded to include extraordinary mentors throughout the organization, either scientific or administrative.

“In today’s age, impactful science is not just the work-isolated individuals,” says Ott. “Instead, it’s the product of exchanges and collaborations between scientists who are diverse, skilled, well-connected, happy in their work, and good communicators. And mentoring is crucial to the development of all of this.”

In honor of National Epilepsy Awareness Month, Postdoctoral Scholar Britta Lindquist shares how her past experiences in medical school brought her to study epilepsy.

Abdullah Syed, who is researching SARS-CoV-2, shares his passion for bad puns and animal facts, as well as his favorite part of working at Gladstone.