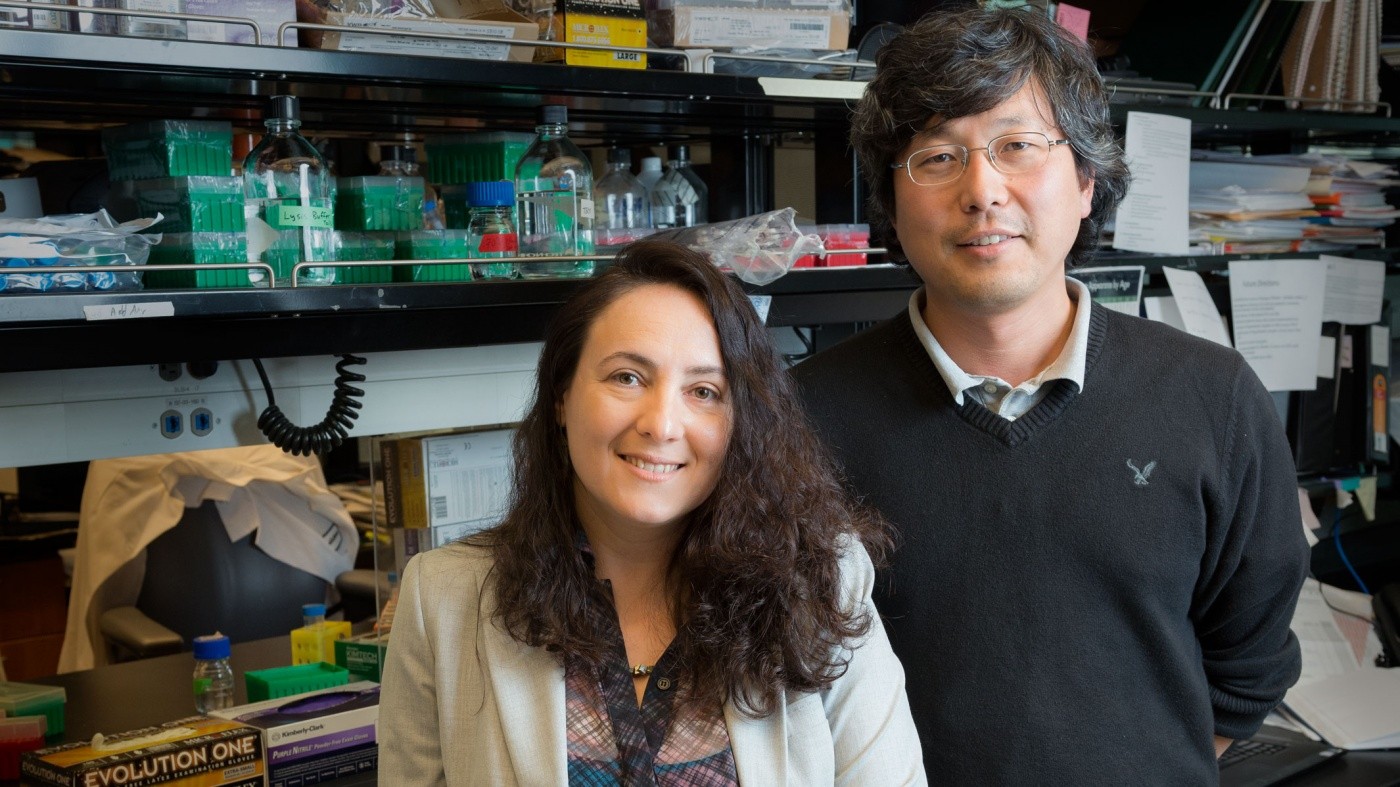 A new study by Gladstone scientists Katerina Akassoglou and Jae Kyu Ryu shows that disruption of the blood-brain barrier triggers a cascade of events that results in autoimmunity and brain damage characteristic of multiple sclerosis. [Photo: Chris Goodfellow, Gladstone Institutes]

A new study from the Gladstone Institutes shows that a single drop of blood in the brain is sufficient to activate an autoimmune response akin to multiple sclerosis (MS). This is the first demonstration that introduction of blood in the healthy brain is sufficient to cause peripheral immune cells to enter the brain, which then go on to cause brain damage.

A break in the blood-brain barrier (BBB) allows blood proteins to leak into the brain and is a key characteristic of MS, a disabling autoimmune disease of the brain and spinal cord. However, it was unclear whether the BBB disruption caused the autoimmune response or resulted from it.

In the current study, published in Nature Communications, the scientists created a new animal model of disease to determine if BBB leakage can cause autoimmunity. They discovered that injecting just one drop of blood into the brain set off the brain’s immune response, kick-starting a chain reaction that resulted in inflammation and myelin damage. Myelin is the protective sheath that insulates nerve fibers in the brain, and it is the primary site of injury in MS. What’s more, the scientists were able to pinpoint a specific protein in the blood, the blood-clotting factor fibrinogen, as the trigger for the disease-causing process.

“These findings offer a completely new way of thinking about how the immune system attacks the brain—it puts the blood in the driver’s seat of the onset and progression of disease,” says senior author Katerina Akassoglou, PhD, a senior investigator at the Gladstone Institutes and professor of neurology at the University of California, San Francisco. “This opens up the possibility for new types of therapies that target blood coagulation factors, upstream of autoimmune processes.”

“Our results provide the first evidence that blood promotes T cell responses against the brain,” says first author Jae Kyu Ryu, PhD, a staff research scientist at the Gladstone Institutes. “Not only did we confirm that the presence of blood in the brain recruits peripheral immune cells to the area, which is sufficient to cause myelin destruction, we also identified fibrinogen as the critical protein driving this process.”

To confirm their findings, the scientists deleted the fibrinogen receptor (complement receptor 3 or CD11b/CD18) on microglia, thereby preventing fibrinogen from activating the cells. Inhibiting this interaction blocked the autoimmune process, stopping the microglia from signaling to the peripheral immune cells and averting myelin damage and inflammation. The researchers are now attempting to block fibrinogen using biological and small-molecule approaches as potential new therapies to suppress autoimmunity directed against the brain, dampening inflammation caused by microglia and T cells.

“These findings question a long-held paradigm that myelin-specific T cells initiate inflammation in the brain through activation of microglia and brain macrophages,” says Scott Zamvil, MD, PhD, a professor of neurology at the University of California, San Francisco and co-author on the paper. “This study demonstrates that the original paradigm may also occur in reverse. Namely, initial activation of microglia and brain macrophages may activate T cells.”

The scientists say that having a model of blood-induced brain inflammation is a valuable tool, as it can be used to screen new drugs. These mechanisms may occur not only in autoimmune disorders, but also in other brain diseases that involve inflammation or a break in the BBB, including traumatic brain injury, stroke, Alzheimer’s disease, and other dementias. 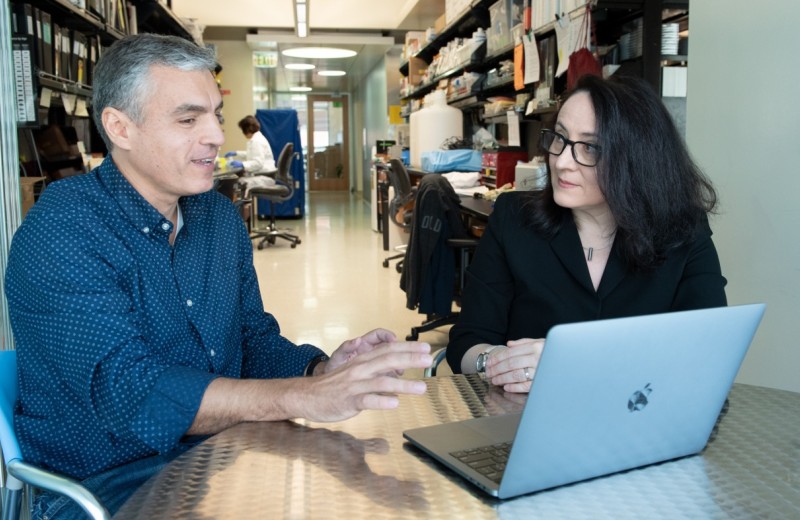 Jorge Palop and Katerina Akassoglou received an NIH grant to study the link between neurovascular dysfunction and cognitive decline in Alzheimer’s disease.

Senior Investigator Katerina Akassoglou has fundamentally changed the way scientists think of neurological disorders. She made the seminal discovery that blood leaks are toxic to the brain by promoting inflammation and destroying neurons. Her research led the scientific community to reassess the complex relationship between the brain, immune, and vascular systems. 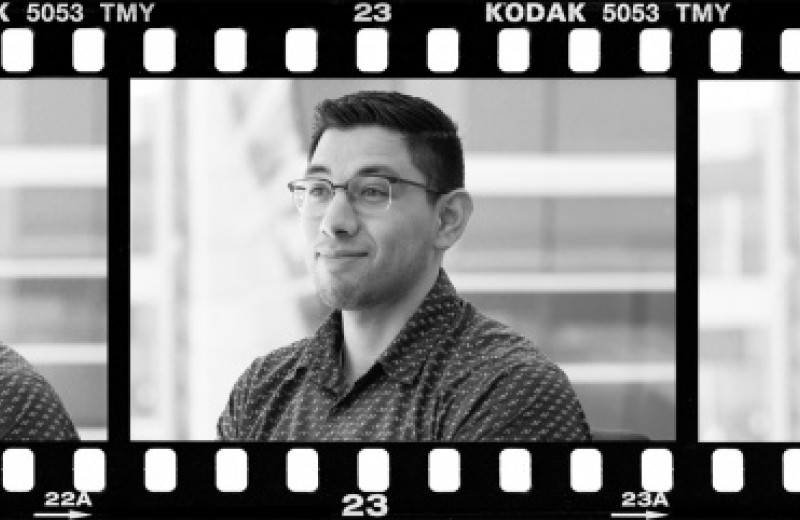 Interested in sports rather than science as a child, classes in biochemistry and immunology changed the game for Andrew, and inspired him to become a researcher.