Gladstone researchers Jae Kyu Ryu, Katerina Akassoglou, and Andrew Mendiola developed a novel method to profile toxic immune cells in the brain, and used it to identify a therapeutic target for multiple sclerosis.

A common thread in many inflammatory and neurodegenerative diseases, including multiple sclerosis (MS), is damage caused by oxidative stress. Oxidative stress occurs when cells produce toxic substances known as reactive oxygen species, which are damaging nerve cells and other cells in the body.

Now, researchers at Gladstone Institutes have identified a comprehensive molecular profile or “atlas” of the toxic immune cells that damage the brain. Reporting in Nature Immunology, they demonstrate the value of this atlas by using it to identify a potential new drug target for MS and, possibly, many other diseases.

“We now have a map of the toxic immune cells in the brain that drastically changes our understanding of how disease develops and how it can be treated,” said Katerina Akassoglou, PhD, senior investigator at Gladstone Institutes, who led the study. “The map of toxic immune cells can be used to guide the discovery of new drugs to protect the brain from deleterious immune responses.”

To understand how oxidative stress-producing immune cells inflict damage on the central nervous system, the researchers developed a method called Tox-seq. Tox-seq integrates single-cell RNA-sequencing technology with selective labeling of cells that produce oxidative stress and reveals which genes are “on” or “off,” specifically in the cells that cause damage in the central nervous system.

“Single-cell gene expression analysis is very useful to identify different types of cells in a tissue, but it doesn’t directly tell you what the cells are doing,” explained postdoctoral scholar Andrew Mendiola, PhD, co-first author of the study. “We developed Tox-seq to link gene expression with function in single cells.”

The research team applied Tox-seq to immune cells from the central nervous system of a mouse model of MS, revealing which subtypes of the cells produce toxic reactive oxygen species and express a distinct gene signature associated with oxidative stress.

Surprisingly, Tox-seq showed that only one sub-group of microglia, approximately 10 percent of the cells, caused oxidative stress, together with sub-groups of immune cells from the periphery that entered the brain. And importantly, the gene expression signature of those microglia in the mouse model matched the pattern observed in cells that had previously been suspected of causing damage in progressive MS patients.

In addition, Tox-seq showed that the pattern of gene expression associated with oxidative stress in the mouse cells includes genes involved in coagulation, the process of blood clotting.

In many neurodegenerative diseases, the blood vessels in the brain become leaky. Akassoglou and her team previously established that leakage of the coagulation factor fibrinogen into the brain activates microglia and promotes production of reactive oxygen species.

The Tox-seq data showed that, in turn, toxic microglia express genes that induce coagulation. “This is the first time we have evidence that coagulation and oxidative stress are at work in the same immune cells in the brain,” said Akassoglou, who is also a professor of neurology at UC San Francisco. “It’s a vicious cycle between the two processes.”

From Tox-seq to a Novel Treatment Strategy

Next, the scientists explored how they could apply the Tox-seq results to identify strategies for combating oxidative stress in the central nervous system.

To start, they used a technique known as high throughput screening to test the ability of 1,907 drug-like chemicals (or “compounds”) to suppress activation of microglia induced by the blood coagulation protein fibrin. This approach narrowed the list to 128 compounds that suppressed microglial activation, but did not identify which of the compounds specifically affect oxidative stress. 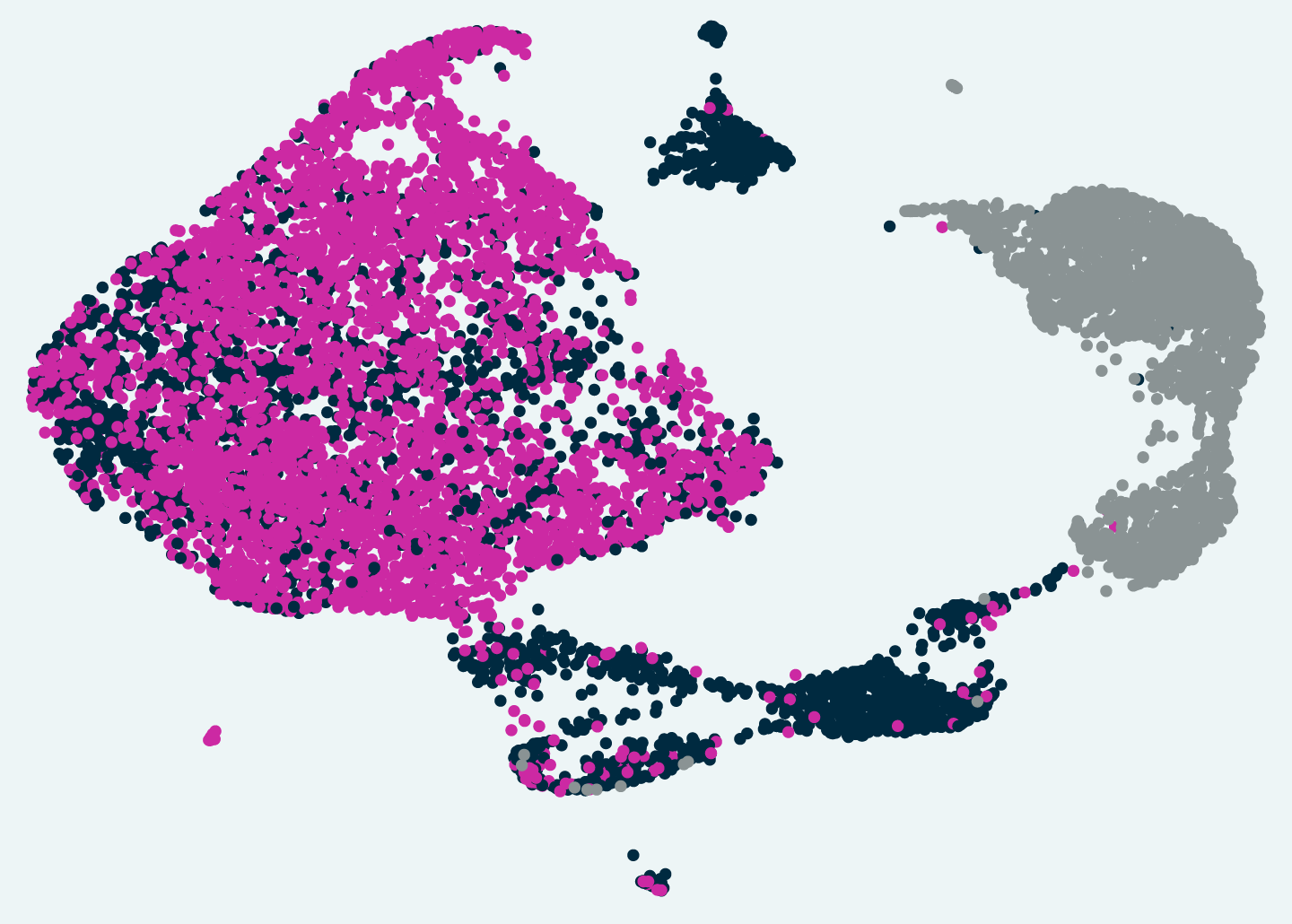 “At this point, our solution was to computationally overlay the oxidative stress gene signature identified by Tox-seq with previously published drug-target pathways,” said co-first author Jae Kyu Ryu, PhD, staff research scientist at Gladstone Institutes and assistant professor of neurology at UC San Francisco. “This type of overlay had never been done before for oxidative stress pathways.”

By comparing the known targets of the hits from the screen with the Tox-seq data, the scientists were able to prioritize drugs relevant to toxic immune pathways. They found that one of the hits, a drug called acivicin, works by inhibiting an enzyme that degrades an antioxidant called glutathione. Glutathione neutralizes reactive oxygen species. So, acivicin may decrease oxidative stress by blocking glutathione degradation.

Acivicin also blocked microglial activation in cell culture and prevented the development of symptoms in a mouse model of MS. Remarkably, acivicin treatment suppressed symptoms even when administered to mice with well-established, chronic progressive disease.

“This was exciting because it told us that oxidative stress may be a key driver in maintaining the clinical severity of MS, not just in the initial nerve damage,” said Ryu.

Originally developed as a cancer drug, acivicin itself may not hold promise as a therapy for MS patients because it can cause toxic side effects. But the discovery revealed that the glutathione degradation pathway plays a critical role in regulating oxidative stress production in immune cells relevant to MS. The work also demonstrates the exciting potential for gene expression studies to be integrated with pharmacological studies to accelerate the discovery of drugs that can inhibit disease-related pathways.

“This interdisciplinary tour-de-force nicely illustrates the kinds of transformative advances that can emerge from combining leading-edge biotechnologies with deep understanding of disease mechanisms,” said Lennart Mucke, MD, who directs the Gladstone Institute of Neurological Disease and is also a professor of neurology and neuroscience at UC San Francisco. “We are eager to see Katerina and her team advance these discoveries into better treatments for MS and other devastating diseases of the nervous system.”

“We hope that Tox-seq will open the way to more disease-relevant transcriptomics. Information captured in genes can now be more readily related to a disease process, which will accelerate drug discovery,” said Akassoglou.

The paper, “Transcriptional profiling and therapeutic targeting of oxidative stress in neuroinflammation” was published by the journal Nature Immunology on April 13, 2020.