Researchers at Gladstone developed a biological device, named a Retro-Cascorder, that logs a cell’s genetic activity for days at a time by recording data within strands of DNA.

If you want to track a person’s activities for a day, you could call them up every ten minutes and ask what they’re doing. Easier, though, would be to provide them with a journal to log their own actions. Scientists often rely on a method akin to the first to track how cells change over time; they pick cells out of a group at set time points and take a snapshot of their genetic activity.

Now, researchers at Gladstone Institutes have developed a tool more like a journal or receipt book—it logs a cell’s genetic activity for days at a time. The biological device, named a Retro-Cascorder, records data within strands of DNA, which can then be analyzed at any time to get the cell’s activity log.

“This new way of collecting molecular data gives us an unprecedented window into cells,” says Gladstone Assistant Investigator Seth Shipman, PhD, senior author of the new study published in the journal Nature. “In addition to providing a new tool for basic research, it lets us engineer cells to be living biosensors that can record changes to their environment.”

“DNA is a flexible data storage medium in which you can really encode whatever you want.”

While all cells within an organism have identical genomes, they differ in which genes are turned on or off at any given time. Researchers can measure the degree to which a given gene is turned on inside a cell at different timepoints to track how the cell’s behavior, function, or identity changes over time.

Shipman and his colleagues wanted to engineer a system that would automatically record every time a particular gene was turned on. This would provide a more detailed look at a gene’s activity pattern. Shipman has long been interested in the use of DNA to store data—in 2017, he encoded a movie into the DNA of living bacteria—so DNA was a natural medium for the cellular logbook.

“DNA is a flexible data storage medium in which you can really encode whatever you want,” says Shipman. “It’s also easy to use because it already exists within cells.” 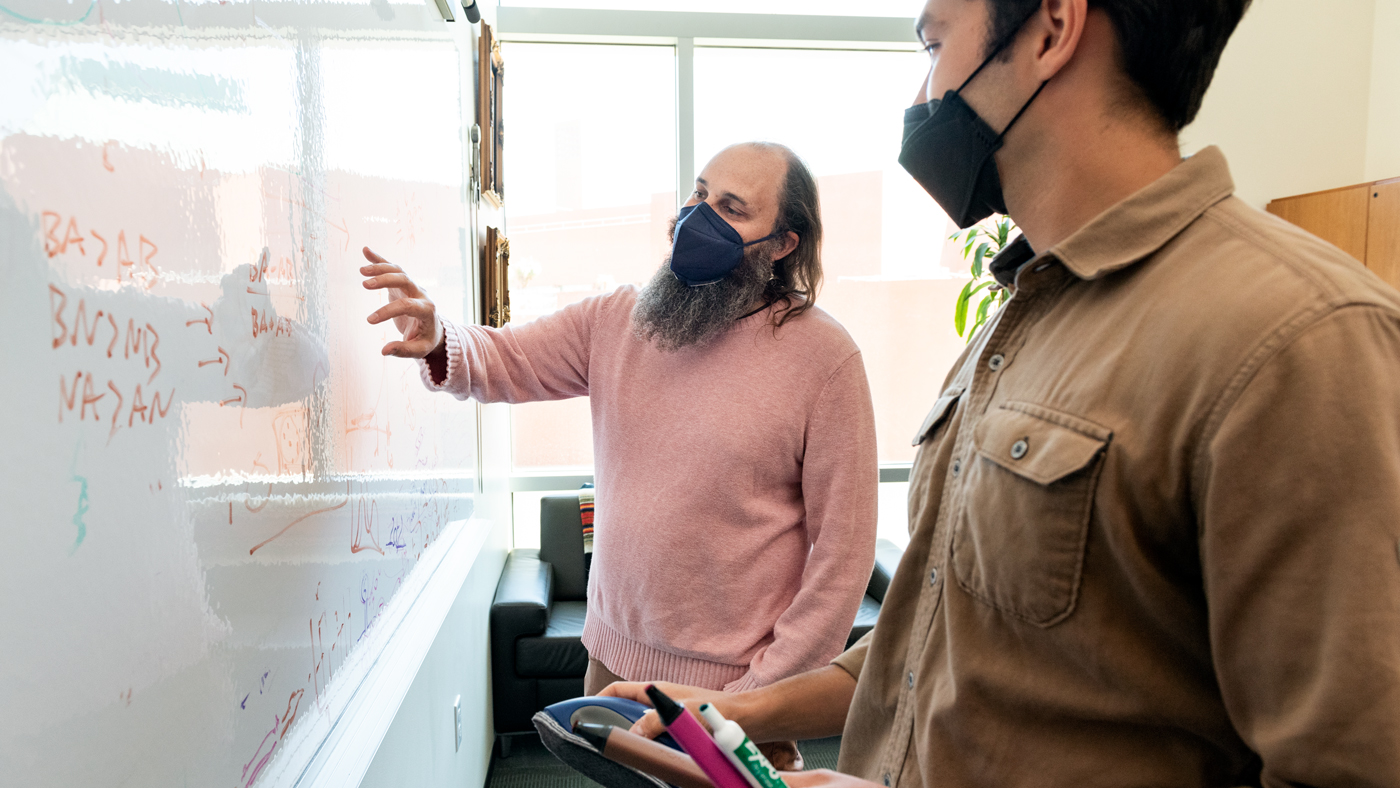 Shipman (left) and Bhattarai-Kline (right) developed a molecular ledger that can automatically record, in chronological order, every time a gene is turned on.

For the first step in creating the Retro-Cascorder, Shipman’s group turned to retrons, bacterial elements that produce a specific sequence of DNA when activated. The researchers added a retron to the gene of interest. Every time the gene was activated, the retron machinery would also create a corresponding bit of DNA with a barcode unique to that gene.

“That retron acts like a receipt that tells you the gene was just turned on,” says Santi Bhattarai-Kline, the first author of the new paper and a former research associate at Gladstone.

Next, the team wanted a molecular ledger to record these receipts in chronological order. For that, they used CRISPR arrays, long repetitive sequences of DNA where bacteria normally copy bits of genetic information they need for immune memory—in the order they receive this information.

By integrating these arrays into the same cells as the retron machinery, Shipman’s group ensured that each DNA receipt produced by the retrons would be inserted into the CRISPR array. To retrieve the information contained in the CRISPR array, researchers just had to sequence the cell’s genome and look at the succession of retron receipts in the array.

To show the utility of their new Retro-Cascorder, Shipman and his colleagues engineered Escherichia coli (E. coli) cells to contain retrons in genes that were known to be activated in the presence of certain chemicals. They showed that, over 48 hours, a CRISPR array could accurately record the order in which these genes were turned on—and therefore the order in which the researchers added these chemicals.

“This kind of application is what we think our system will be most useful for in the short-term,” says Bhattarai-Kline. “Researchers could install multiple biosensors in a cell and use them to monitor an environment over time, from a pond or wastewater facility to the inside of the human gut.” 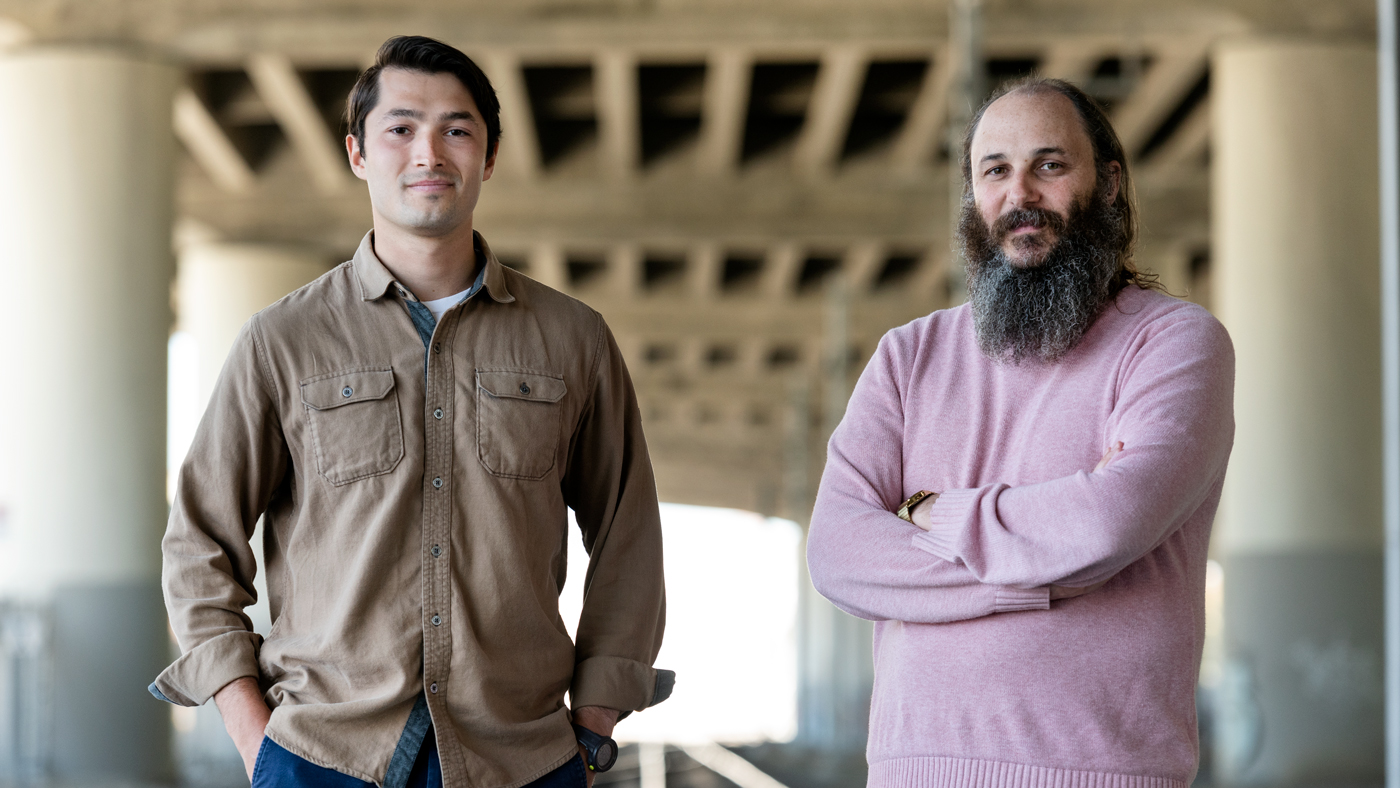 The system engineered by Bhattarai-Kline (left) and Shipman (right) could allow researchers to monitor an environment—from a pond or wastewater facility to the inside of the human gut—over time.

In its current form, the Retro-Cascorder only tells researchers the order in which genes were turned on, not the amount of time that elapsed between these events. However, CRISPR arrays are constantly adding small bits of free-floating DNA inside cells as part of their immune memory function. If researchers discover that they are added at a predictable pace, these DNA bits could offer a kind of molecular clock to time precisely when each retron is integrated, and therefore when each gene activated.

So far, Shipman’s group has only used the system to track a few genes at a time, rather than the many dozens that researchers might want to simultaneously monitor in the future. But the team is actively working on ways to expand Retro-Cascorders and adapt the system for use in cell types other than bacteria.

“This is not a perfect system yet, but we think it’s still going to be better than existing methods, which only enable you to measure one event at a time,” says Shipman.

The paper “Recording gene expression order in DNA by CRISPR addition of retron barcodes” was published in the journal Nature on July 27, 2022.

Other authors are Sierra Lear, Chloe Fishman, and Santiago Lopez of Gladstone; Elana Lockshin of Duke University; Max Schubert and George Church of Harvard University; and Jeff Nivala of the University of Washington.

The work was supported by the Simons Foundation Autism Research Initiative, the Pew Biomedical Scholars Program, the National Institute of General Medical Sciences (1DP2GM140917-01), the UCSF Program for Breakthrough Biomedical Research, the L.K. Whittier Foundation, the National Science Foundation (2034836), and a Berkeley Fellowship for Graduate Study. 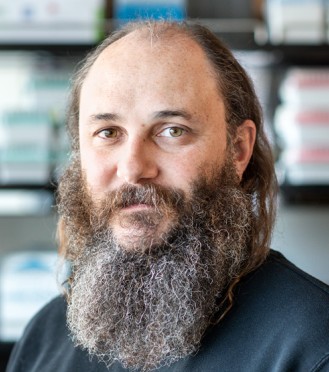