For a person with Alzheimer’s disease, there’s no turning back the clock. By the time she begins to experience memory loss and other worrisome signs, cognitive decline has already set in. And decades of clinical trials have failed to produce treatments that could help her regain her memory.

Today, researchers at Gladstone Institutes are approaching this devastating disease from a different angle. In a new study published in Cell Reports, they demonstrate that particular patterns of brain activity can predict far in advance whether a young mouse will develop Alzheimer’s-like memory deficits in old age.

“Being able to predict deficits long before they appear could open up new opportunities to design and test interventions that prevent Alzheimer’s in people,” said Gladstone Senior Investigator Yadong Huang, MD, PhD, senior author of the study.

The new work builds on a 2016 study of mice engineered to carry the gene for apolipoprotein E4 (ApoE4). Carrying the ApoE4 gene is associated with an increased risk—but not a guarantee—of Alzheimer’s disease in humans. As they age, ApoE4 mice often, but not always, develop signs of memory loss similar to those seen in people with Alzheimer’s.

In the previous study, Huang and his team investigated a type of brain activity called sharp-wave ripples (SWRs), which play a direct role in spatial learning and memory formation in mammals. SWRs occur when the brain of a resting mouse or human rapidly and repeatedly replays a recent memory of moving through a space, such as a maze or a house.

“SWRs have two important measurable components: abundance and short gamma (SG) power,” said Emily Jones, PhD, lead author of the new study and recent graduate of UC San Francisco’s (UCSF) Biomedical Sciences Graduate Program. “Broadly, SWR abundance predicts how quickly an ApoE4 mouse can learn and memorize how to get through a maze, and SG power predicts how accurate that memory will be.”

The earlier study revealed that aging ApoE4 mice have lower SWR abundance and weaker SG power than seen in healthy aging mice. Based on those results, Jones and her colleagues hypothesized that measuring SWR activity could predict the severity of demonstrable memory problems in ApoE4 mice during aging.

“Being able to predict deficits long before they appear could open up new opportunities to design and test interventions that prevent Alzheimer’s in people.”

To test this idea, the researchers first recorded SWR activity in aging ApoE4 mice at rest. One month later, they had the mice perform spatial tasks to test their memory. They found that mice with fewer SWRs and lower SG power were indeed more likely to have worse spatial memory deficits.

“We actually successfully replicated this experiment 2 years later with different mice,” said Huang, who is also a professor in the Departments of neurology and pathology at UCSF. “What was striking is that we were able to use the results from the first cohort to predict with high accuracy the extent of learning and memory deficits in the second cohort, based on their SWR activity.”

Even more striking were the unexpected results of the team’s next experiment.

The researchers were curious how SWR activity evolves over a mouse’s lifetime, which no one had previously investigated. So, they periodically measured SWRs in ApoE4 mice from an early age—long before memory deficits appeared—through middle age, and into old age.

“We thought that, if we got lucky, the SWR measurements we took when the mice were middle aged might have some predictive relationship to later memory problems,” Jones said. 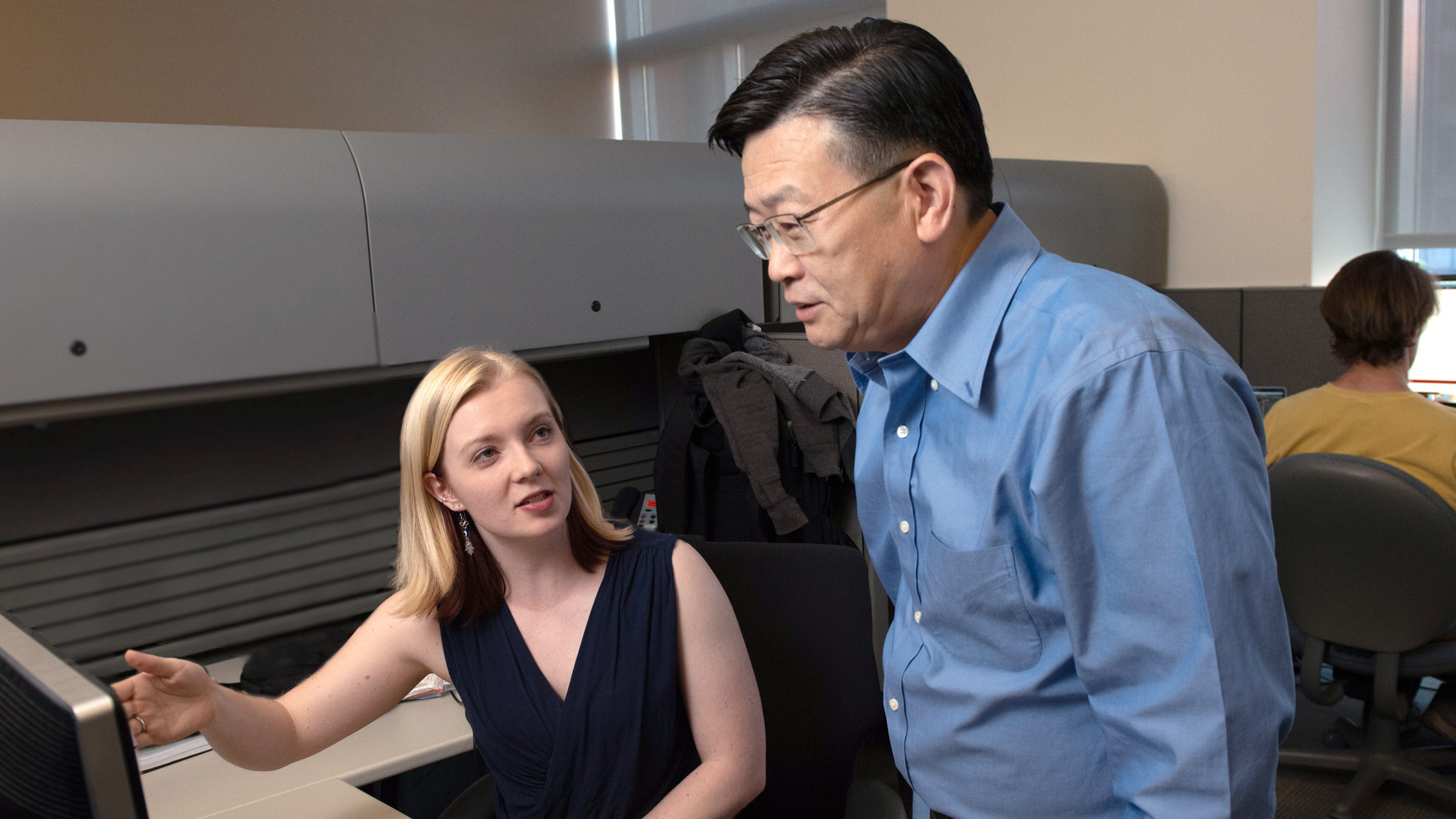 Surprisingly, the analysis revealed that deficits in SWR abundance and SG power at an early age predicted which mice performed worse on memory tasks 10 months later—the equivalent of 30 years for a human.

“We were not betting on these results, the idea that young mice with no memory problems already have the seed of what’s going to lead to deficits in old age,” Jones said. “Although we would love to, but we thought it would be ridiculous to be able to predict so far in advance.”

Since SWRs are also found in humans, these findings suggest that SWR abundance and SG power could potentially serve as early predictors of Alzheimer’s disease, long before memory problems arise.

As a next step toward evaluating that possibility, Huang will work with colleagues at the UCSF Memory and Aging Center to determine whether SWRs in Alzheimer’s patients show deficits in abundance and SG power similar to those seen in mouse models of the disease.

“A major advantage of this approach is that researchers have recently developed a noninvasive technique for measuring SWRs in people, without implanting electrodes in the brain,” Huang said.

If SWRs are indeed predictive of Alzheimer’s in humans, measuring them could boost research and drug development efforts in two important ways. First, they could be used to select participants for clinical trials testing new drugs to stave off Alzheimer’s. Enrolling patients who already show SWR deficits would enhance the trials’ statistical power. Second, SWR measurements could be taken repeatedly and noninvasively, enabling researchers to test drug effects over time, even before memory deficits appear.

Huang emphasizes the value of SWRs as a functional predictor, one that directly measures the decline in brain function seen in Alzheimer’s, as opposed to a pathological change that only appears as a result of the underlying disease.

“I feel strongly that Alzheimer’s research should not just focus on pathology, but use functional alterations like SWR deficits to guide research and drug development,” he said. “Our new findings support this kind of approach.”

The new study is just one facet of Gladstone’s extensive Alzheimer’s research program. “Gladstone provides a unique setting that makes it possible to do the kind of translational research necessary to improve understanding and treatment of this disease,” Huang said.