A team of researchers at Gladstone Institutes, the Salk Institute for Biological Studies, and UC San Francisco discovered how obesity can change the immune system and, potentially, how clinicians might be able to better treat allergies and asthma in obese people.

When mice with atopic dermatitis—a common type of allergic skin inflammation—are treated with drugs that target the immune system, their thickened, itchy skin generally heals quickly. But scientists have now discovered that the same treatment in obese mice makes their skin worse instead. That is because obesity changes the molecular underpinnings of allergic inflammation, both in mice and humans.

For the new study, researchers at Gladstone Institutes, the Salk Institute for Biological Studies, and UC San Francisco (UCSF) teamed up. Their findings, reported in the journal Nature, shed light on how obesity can change the immune system and, potentially, how clinicians might be able to better treat allergies and asthma in obese people.

“We’re living in an era when the rate of obesity is increasing around the world,” says Alex Marson, MD, PhD, director of the Gladstone-UCSF Institute of Genomic Immunology and a senior author of the study. “Changes in diet and body composition can affect the immune system, so we have to think about how diseases that involve the immune system might differ between individuals.” 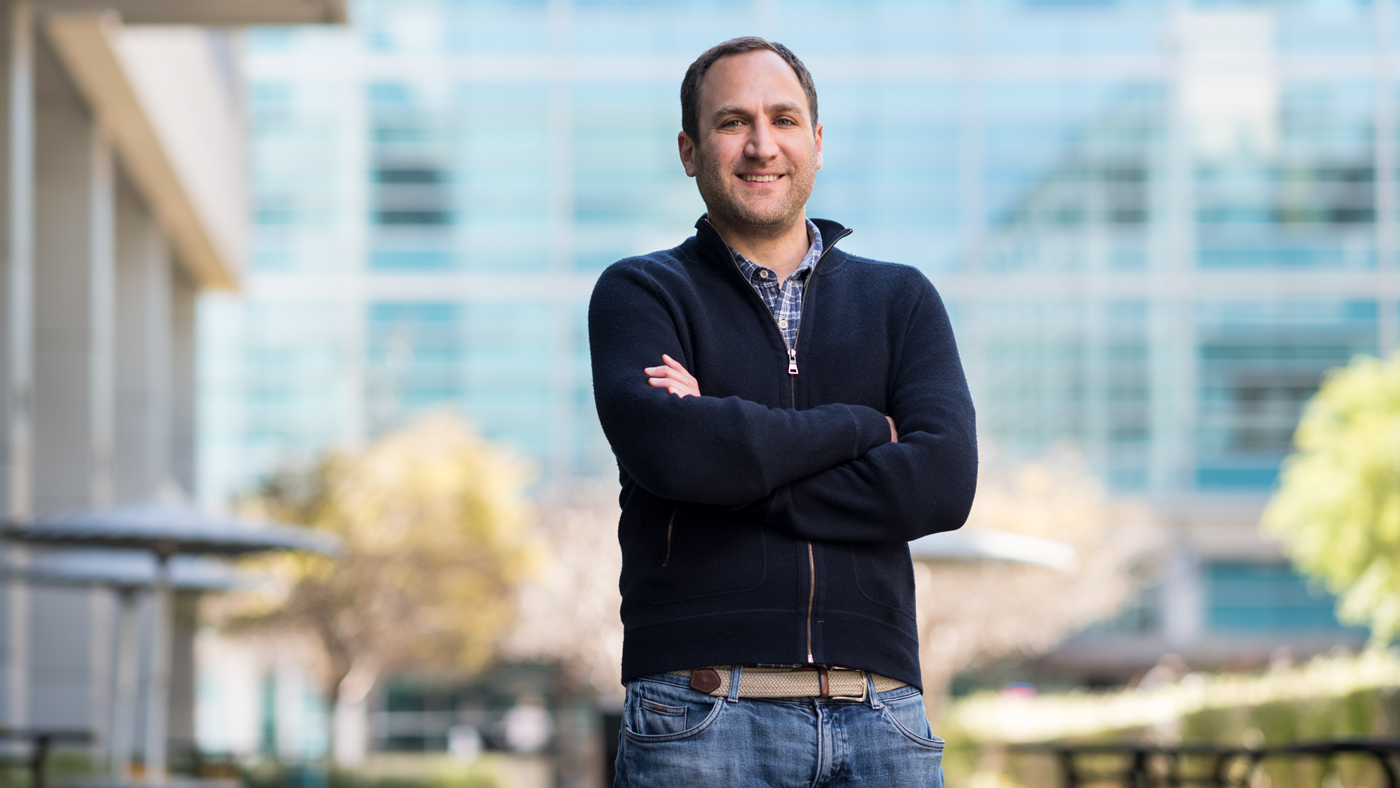 Alex Marson, one of the lead authors of the new study, and his colleagues discovered how obesity rewires the immune system and can markedly change a person’s response to immunotherapy.

“Our findings demonstrate how differences in our individual metabolic states can have a major impact on inflammation, and how available drugs might be able to improve health outcomes,” says Ronald Evans, PhD, senior author of the study, and director of Salk’s Gene Expression Laboratory and the March of Dimes Chair in Molecular and Developmental Biology at Salk.

A recent study estimated that about half of the adults in the United States will be classified as obese by the year 2030. Researchers also know that obesity, sometimes classified as a chronic inflammatory state, alters the immune system in myriad ways. Clinicians have reported that people with obesity often seem to have different courses of disease—from infections and allergies to cancer—and respond differently to some treatments.

During his graduate studies at Salk and subsequent research in the Marson Lab, Sagar Bapat, MD, PhD—now a pathologist and faculty at UCSF—wanted to know, at a molecular level, how obesity affected atopic dermatitis. He discovered that when mice were made obese by eating a high-fat diet prior to the induction of dermatitis, they developed more severe disease than lean animals. To understand why, he and his colleagues analyzed the immune cells and molecules that were active in each group of mice. 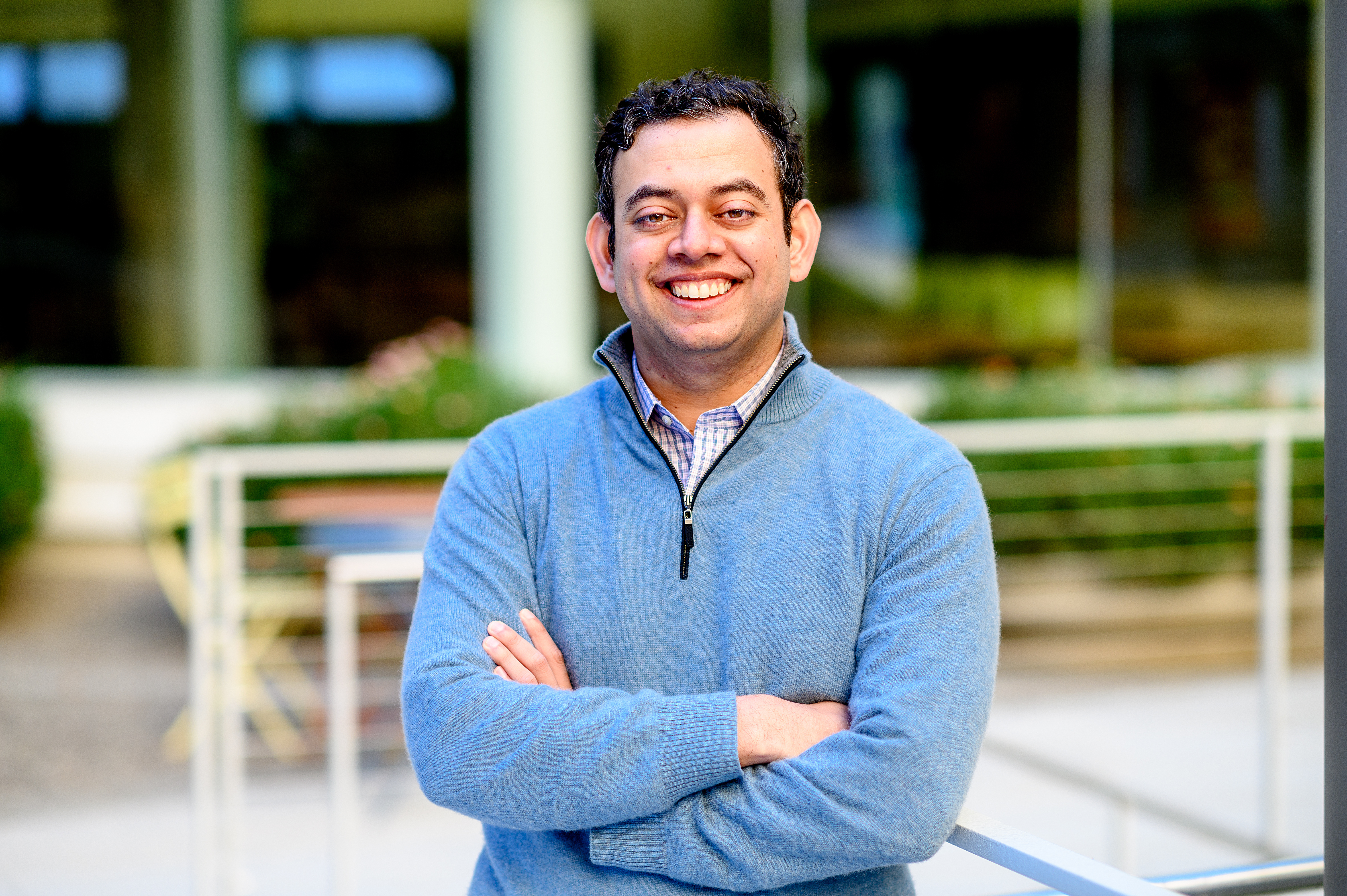 The body’s helper T cells, which help protect against infection but also become overactive in autoimmune disease or allergies, can be grouped into three classes: TH1, TH2, and TH17 cells. Scientists had considered atopic dermatitis a TH2 disease; that means the TH2 cells are the ones causing the skin inflammation.

In lean mice with atopic dermatitis, Bapat and his colleagues indeed found that the TH2 cells were active. In obese mice with the same condition, however, TH17 cells were activated. At a molecular level, it meant that atopic dermatitis was completely different in the obese mice, raising the question of whether the drugs that work in lean animals would also be effective in obese animals.

In recent years, scientists have developed drugs aimed at treating atopic dermatitis by dampening the response of TH2 cells. When Bapat and his colleagues treated obese mice with one of these drugs, not only did it not ease their atopic dermatitis, it actually made the disease significantly worse.

“The treatment became a robust anti-treatment,” says Bapat. “This suggests that you can have identical twins show up to the hospital with the same disease, but if one is obese and one is lean, maybe the same drug won’t work on both.”

The researchers suspected that dysfunction in a protein called PPAR-gamma might be mediating the link between obesity and inflammation. In 1995, Evans and his team discovered that PPAR-gamma was a master regulator of fat cells and a target of an approved drug for diabetes.

When the scientists treated obese mice with atopic dermatitis with one of these PPAR-gamma activating drugs, called rosiglitazone, the animals’ skin improved and the molecular profile of their disease switched back from TH17 to TH2 inflammation. Moreover, the drugs aimed at the TH2 inflammation were then, almost as in lean mice, able to improve the obese animals’ atopic dermatitis.

The team also analyzed data from human patients with allergic disease, including 59 patients with atopic dermatitis as well as hundreds of people with asthma (another condition that similarly involves a reaction from the immune system) enrolled in a large existing longitudinal study. They found that obese people were more likely to have indications of TH17 inflammation or decreased signs of the expected TH2 inflammation. 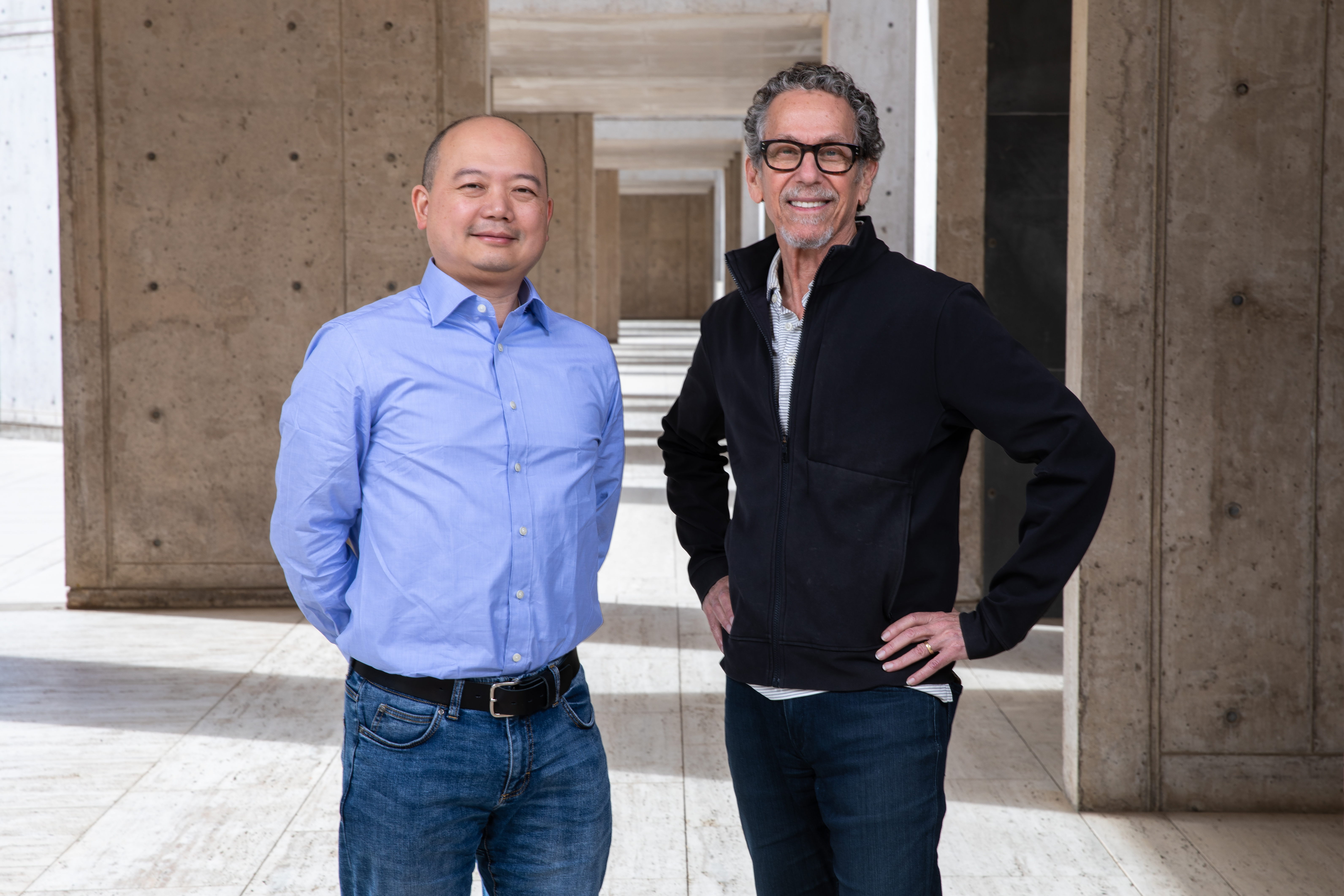 Although more studies on people are needed, the data hint that in humans and mice alike, obesity causes a switch in inflammation that has consequences for the pathology of allergic disease and the effectiveness of immune therapies that target TH2-associated inflammation.

“What we’d like to know more about now is exactly how the T cell switch happens,” says senior author Ye Zheng, PhD, an associate professor in the NOMIS Center for Immunobiology and Microbial Pathogenesis at Salk. “There are more details here to uncover that could have relevance for a host of diseases related to allergy and asthma.”

Already, however, the new study points toward the utility of combining the therapy that targets TH2 inflammation with a PPAR-gamma drug like rosiglitazone to treat obese patients with atopic dermatitis.

“This is a case where our scientific discovery could have a very safe and quick application to therapy in people,” says Evans. “Our preclinical findings suggest that these already FDA-approved drugs may have a unique co-treatment benefit in certain patients.”

The paper “Obesity Alters Pathology and Treatment Response in Inflammatory Disease” was published in the journal Nature on March 30, 2022.

About the Salk Institute

Every cure has a starting point. The Salk Institute embodies Jonas Salk’s mission to dare to make dreams into reality. Its internationally renowned and award-winning scientists explore the very foundations of life, seeking new understandings in neuroscience, genetics, immunology, plant biology and more. The Institute is an independent nonprofit organization and architectural landmark: small by choice, intimate by nature and fearless in the face of any challenge. Be it cancer or Alzheimer’s, aging or diabetes, Salk is where cures begin. Learn more at salk.edu.

The University of California, San Francisco (UCSF) is exclusively focused on the health sciences and is dedicated to promoting health worldwide through advanced biomedical research, graduate-level education in the life sciences and health professions, and excellence in patient care. UCSF Health, which serves as UCSF’s primary academic medical center, includes top-ranked specialty hospitals and other clinical programs, and has affiliations throughout the Bay Area. Learn more at ucsf.edu, or see our Fact Sheet.