Seth Shipman, who invented a system to store information in the genome of living cells, is recognized this year as one of 10 young researchers on the up and up.

Science News has named Gladstone Assistant Investigator Seth Shipman, PhD to its 2019 list of 10 young scientists to watch. The SN 10: Scientists to Watch (SN 10) list recognizes early- to mid-career scientists who have made groundbreaking discoveries and are on their way to widespread acclaim.

Shipman joined Gladstone as an assistant investigator in the fall of 2018, and is also an assistant professor in bioengineering and therapeutic sciences at UC San Francisco.

“I was impressed by Seth’s creativity and fearlessness,” says Katherine Pollard, director of the Gladstone Institute of Data Science and Biotechnology, who led the Gladstone committee that recruited Shipman. “He approaches biology with unabashed curiosity and the systematic mind of an engineer or clockmaker. With his background in neuroscience, genetics, computational biology, and advanced technology, and his talent for innovation, he is poised to design biotechnology that will make lasting contributions to not only disease research, but to biology as a whole.”

Shipman loved physics in high school, and as a researcher turned to biological fields where he could incorporate notions of physics. These included neuroscience, as well as systems biology—the use of mathematics and computer science to model complex biological systems—and synthetic biology—a blend of technology and biology that aims to manipulate life and program organisms for specific tasks.

“I am driven by a desire to apply a wide range of tools to fundamental problems in biology and in disease research,” said Shipman. “I am deeply honored that Science News selected me to be part of the SN 10 list this year. Mostly I am thrilled, and humbled, at the thought of my work being acknowledged for its potential future impact.”

The philosophy driving Shipman’s current research is simple: identify a technical limitation in a biological field, and tackle it with innovative approaches borrowing from diverse fields. For Shipman, this might mean bioengineering, genetics, systems and synthetic biology, neuroscience, microbiology, and chemical biology.

With this mindset, Shipman and his team develop innovative strategies to manipulate cells for discovery and therapeutic purposes.

As a postdoctoral researcher at Harvard Medical School and Harvard University with George Church and Jeffrey Macklis, Shipman used CRISPR technology to develop a way to record the order in which genes turn on in a living cell. This work was published in Science and Nature, featured in The New York Times, The Atlantic, and elsewhere, and named as one of Discover Magazine’s top 25 stories of the year.

Now his team is using this technology to understand how the order of gene expression during development drives the formation of different cell types and tissues. This work could have multiple applications, including in tissue repair and engineering.

Shipman is also building brain circuits from the ground up, using stem cell–derived neurons as starting material, to understand the mechanisms by which neurons communicate. This project builds on work he carried out as a PhD student in Roger Nicoll’s lab at UC San Francisco. At the time, he uncovered how proteins, known as neuroligins, can influence the circuits that neurons form in the brain.

Shipman’s studies with reconstructed neural circuits will be crucial to understanding both normal brain development and neuropsychiatric diseases, which have been associated with anomalies in neural circuitry.

“We are delighted that Science News is recognizing Seth’s remarkable accomplishments and potential for taking science into new directions,” said Gladstone President Deepak Srivastava. “And we are not surprised. When recruiting new investigators, Gladstone looks for top talent with a taste for innovation and risk-taking whose research can further our goal of overcoming disease. Seth is no doubt one of those.”

All scientists on the SN 10 list are nominated by a Nobel laureate, a recently elected member of the National Academy of Sciences, or, for the first time this year, a previous SN 10 nominee. They are ultimately selected by Science News staff for their potential to shape the science of the future. All of them are 40 or younger.

“Congratulations to all the scientists and engineers named to this prestigious list!” said Maya Ajmera, president and CEO of the Society for Science & the Public and publisher of Science News. “These amazing women and men are making groundbreaking discoveries. I am delighted that Science News is able to honor them.”

View the 10 stories of these scientists at sciencenews.org. 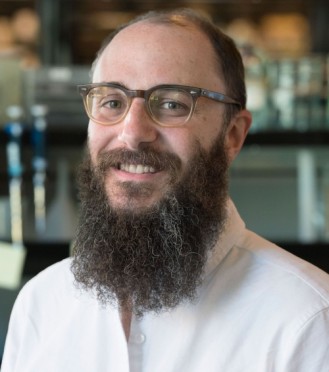