Carol Kaganov, a long-standing Gladstone donor, has been supporting Alzheimer's disease research and advocacy since the 1970s.

In conversation with Gladstone’s Philanthropy Team, Carol Kaganov shares how she and her late husband Alan first started to give back, what attracted them to Gladstone, and the impact she hopes their support will have.

Carol became interested in Alzheimer’s disease after reading an article about it in The New York Times in 1972, and has given to research and advocacy organizations every year since.

Did you and Alan come from families with a tradition of philanthropy?

Yes and no. Neither family had the kind of wealth to make impactful donations, but both gave to organizations that had meaning for them. Alan’s family mainly contributed to their synagogue. My family gave to their synagogue as well, and also to health organizations like cancer and heart societies, and to groups that did work in the community, like the National Association for the Advancement of Colored People (NAACP), the local symphony, and their political party.

Did you have role models or mentors you looked to as you thought about how to give back?

I think Alan met people in his volunteer work and educational organizations who had serious wealth and were generous with their gifts, and he thought they were doing wonderful things via philanthropy. We emulated them, in as large amounts as we could. It is thrilling to see the impact our contributions make.

You have tended to support specific people, especially young people, rather than programs. Could you explain why?

Alan and I weren’t able to have children, so we decided early on to help other people’s children with their educational goals. We have always supported our colleges, and young people we met who were starting their careers. Alan especially got satisfaction from mentoring students with an interest in health care and medical research, or who had entrepreneurial skills. 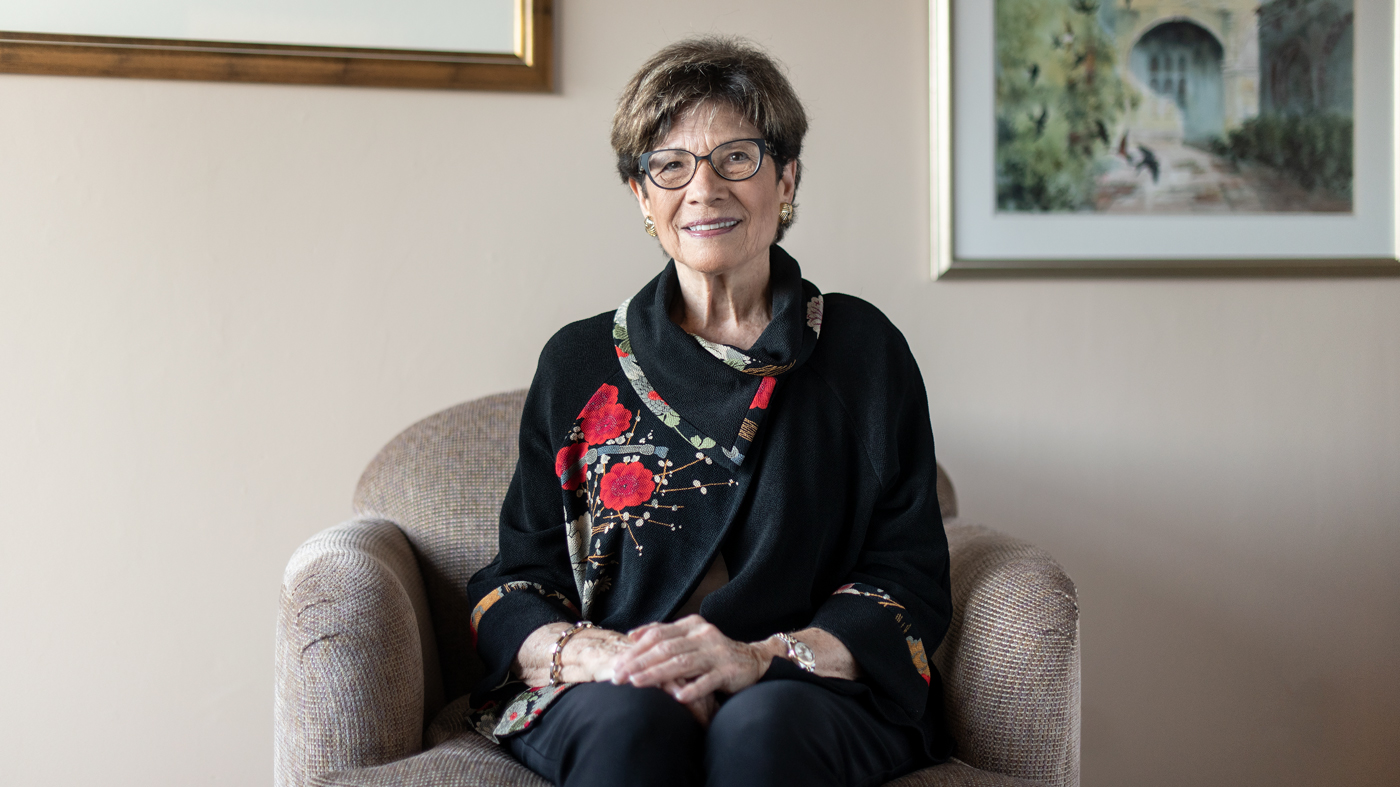 Kaganov considers Alzheimer's disease research an emergency, and hopes scientists can find meaningful ways to prevent, treat, and cure this disease that continues to devastate so many families.

What kind of impact would you like to have?

I would be thrilled if a person or organization I support helped solve a medical problem like Alzheimer’s disease, or came up with a novel treatment for cancer or heart disease. I am especially interested in making research on women’s health issues as much of a priority as men’s.

What drew you to Gladstone?

Alan knew several people at Gladstone, like former President Sandy Williams and others, through his career in biomedical engineering and venture capital, as well as a few fellow Duke University graduates.

Alan was also on the Gladstone Foundation Board for several years and really enjoyed being part of the wonderful research and development that you were doing then, and I am continuing in that spirit. I have great pride in what you are doing.

Has the way you think about philanthropy changed since Alan’s death?

I have made it my goal to continue what Alan started, and to contribute what I can to the same organizations. I think Alan had the right idea of where our gifts would do the most good. Since his death, the investments Alan made are still providing me with substantial returns; in turn, that allows me to be generous with my philanthropic activities.

You have been funding postdoctoral scholars working on neurological disease research at Gladstone. What advice would you give them as they prepare to launch their scientific careers?

I would say that the priorities at Gladstone mirror what I consider the most important fields of research. Specifically, I have been worried since the early 1970s about Alzheimer’s disease and the damage it causes to patients and their families, and I want you to end this scourge!

The first thing I ever said to Sandy Williams when I met him after Alan joined the Foundation Board was, “you need to cure Alzheimer’s disease before I need it!” I know you’ve made inroads, but it is still devastating families, and seems to be even more widespread. So, my advice to them is to consider this an emergency, and find meaningful preventions, treatments, and cures—as soon as possible!

President’s conference room renamed in remembrance of Smith, thanks to donation from Robert and Linda Mahley