Over more than four decades as a cardiovascular and thoracic surgeon, Daniel Ullyot, MD, saw his share of urgent and high-stress situations. His answer to remaining calm and focused on the task at hand? A well-chosen piece of music.

“When I was getting my start as a surgeon, things were changing in operating rooms and you had a sense that it was okay to be a little less rigid and maybe even have a bit of fun,” says Ullyot. “We always played music. When we were prepping for surgery, it might be Bach, as things got intense it would be Wagner, and as we were wrapping up we’d put on Willie Nelson or Queen.”

Music has always been a passion for Ullyot. Growing up in Minnesota, he learned piano at an early age but it was his athletic prowess, rather than his musical talents, that paved the way to an Ivy League education.

“If I hadn’t been spotted by a local Harvard alumnus who came to my home and persuaded me and my parents that Harvard had a top-rated hockey program and that I was capable of meeting academic standards there, I probably would have spent my life as a small-town football coach somewhere,” he says. “That’s not a bad way to live, but when I got to Harvard, a whole new world opened up to me.” 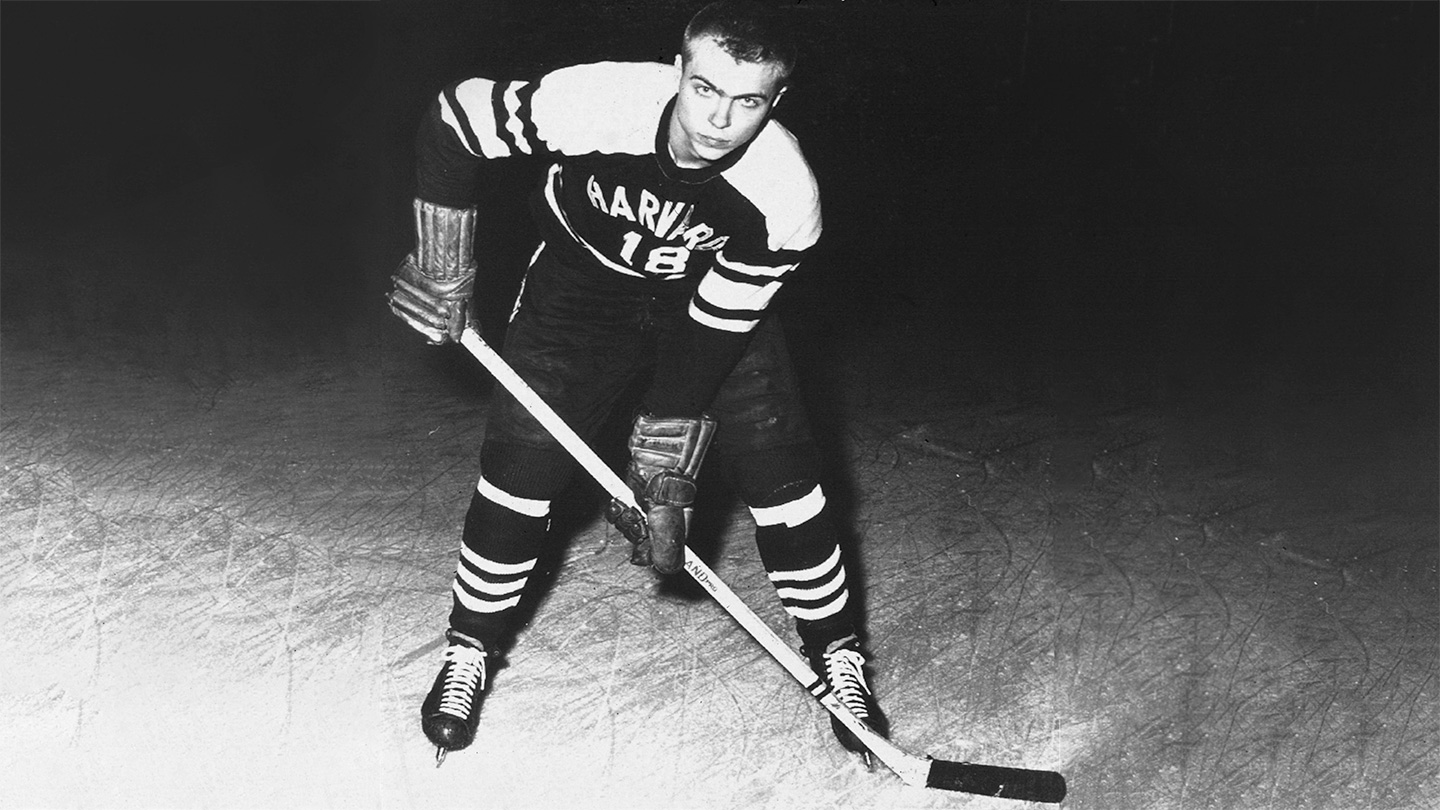 Ullyot on the Harvard hockey team.

It was at Harvard that he gained the training and confidence to perform at his best under the brightest of lights—from the hockey rink to the lecture hall, and ultimately to operating rooms around the country.

“I have always given back to Harvard; because of the opportunities they gave me, but more than anything because I want to back a winner,” Ullyot says. “Why wouldn’t you want to invest in the best? I think of Gladstone the same way. They are right at the top in everything they do and Lennart Mucke [the director of the Gladstone Institute of Neurological Disease] is one of the most impressive people I have ever met.”

Since 2010, Ullyot has been a loyal donor to Gladstone and made annual gifts in support of neurological disease research, initially in honor of a close friend who died of early-onset Alzheimer’s disease.

“My friend’s death affected me profoundly and motivated me to support research into this devastating and all too common disease,” says Ullyot.

Statistics bear him out. Currently, nearly 6 million people in the US are suffering from Alzheimer’s and the death rate from the disease has more than doubled in the last 20 years.

Recently, Ullyot also decided to include Gladstone in his estate plan and significantly raised his level of annual giving. When asked what motivated the increase in support, he said “Well, I had been giving modestly to Gladstone and one day Holly Smith [long-time chair of UCSF’s Department of Medicine and passionate advocate for Gladstone] came to me and said ‘Dan, it’s time to get serious.’ It was hard to say no to Holly.”

According to Ullyot, it didn’t take much nudging. He was drawn to support Gladstone because of the “emphasis on basic science research, and the flexibility provided to young and established scientists to pursue basic biological questions in a highly collaborative environment.”

“Dan’s kindness and insightfulness have been a great inspiration to my colleagues and me,” says Mucke, MD. “We will not rest until better treatments have been developed for Alzheimer’s disease and other devastating brain disorders. Dan’s generosity has allowed us to take advantage of exciting opportunities, virtually the moment they emerged, and to outmaneuver unforeseen obstacles. We feel honored and really fortunate to have him as our supporter and friend.”

If Ullyot could pick one piece of music as Gladstone’s theme song, it would be Bach’s Brandenburg Concerto No. 5 in D major. “This Baroque masterpiece captures the light, upbeat rhythm, precision, and complexity of the genre, characteristic of the work done at Gladstone,” he says.