HIV has gone from a death sentence to a manageable disease but in many parts of the world, the infection rate is still high and therapies are less than fully implemented.

Warner Greene, MD, PhD, founding director of the Gladstone Institute of Virology and Immunology and current director of the Gladstone Center for HIV Cure Research, came to San Francisco at the height of the AIDS epidemic. “When I started as an attending at San Francisco General Hospital in 1992, every patient I admitted for an entire month had AIDS. We would chase one infection over another. Ultimately, they all died.”

But because of efforts from Gladstone researchers, and others around the world, in many ways HIV is now a different disease from what it was 30 years ago. Gladstone’s fundamental studies of the virus laid the groundwork for the development of antiretroviral therapy to suppress the virus, which for many patients has changed an HIV diagnosis from a death-sentence to a manageable, chronic health condition. Gladstone investigators also played a central role in the development of the prophylactic therapy known as PrEP, which can drastically reduce the risk of infection in high-risk individuals.

But there are parts of the developing world—and even in this country—where the infection rate is still high and therapies less than fully implemented. “We still have work to do,” says Greene. “There are still startling pockets of infection, both here and abroad.”

Antiretroviral Therapy Is Not a Cure

Part of the reason HIV is so difficult to eradicate is that it hides out in immune cells in a dormant or inactive state, forming what’s known as a latent reservoir. Latently infected cells are rare and difficult to detect, but if a patient stops taking their suppressive medication, the virus rebounds rapidly. The patient can then become sick, and spread the infection to others. So, new approaches are needed to achieve a cure.

“One idea is ‘reduce-and-control,’” says Greene. “If you could shrink down the reservoir, then engineer a neutralizing immune response against the virus, patients may be able to stop taking antiretroviral drugs but still control their infection.” This would be a huge advance in the global battle against HIV where billions of dollars are spent every year on lifelong antiretroviral drugs. 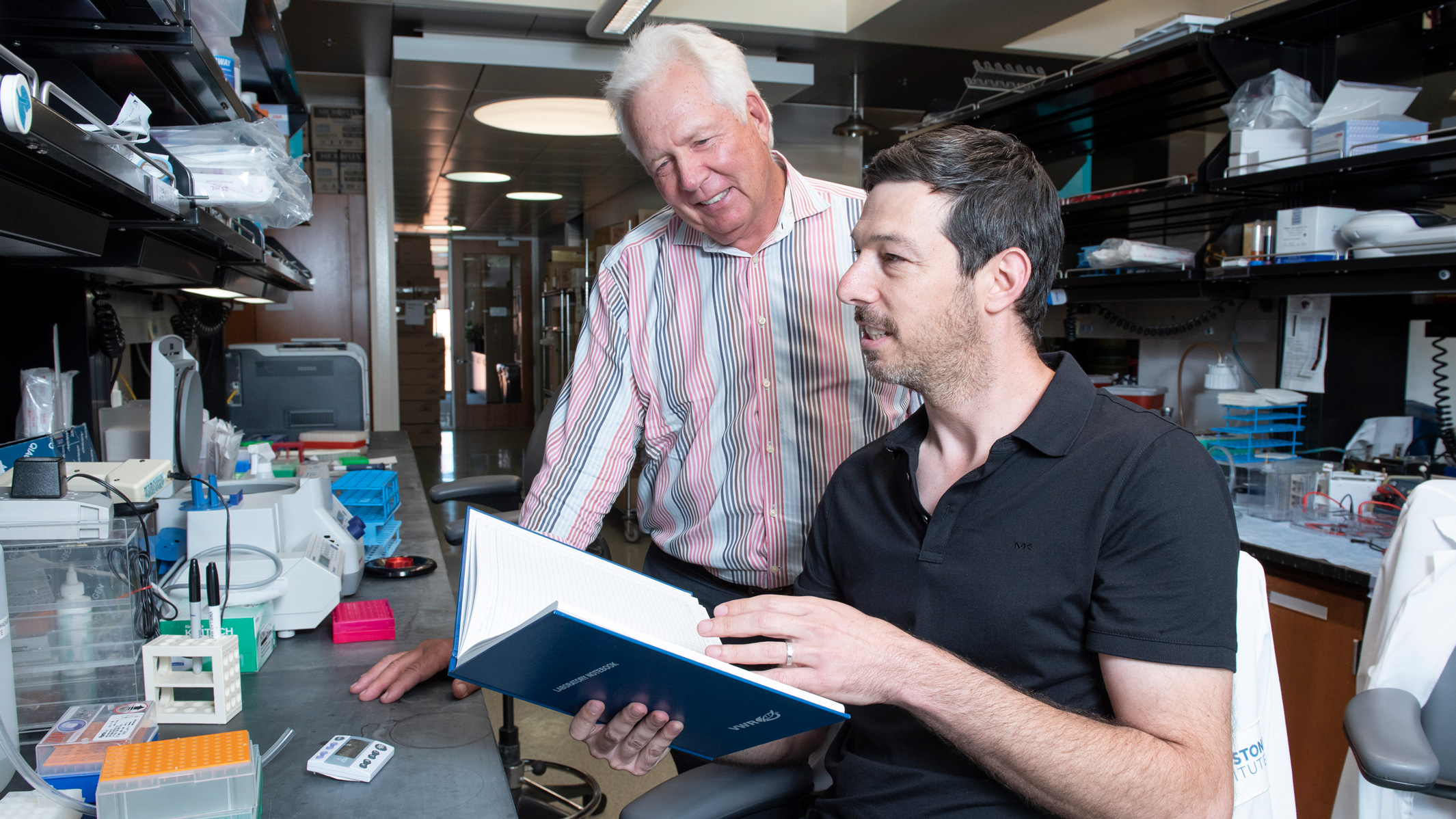 Greene’s most recent paper, published in the journal Cell, made progress toward this goal using a variation of a therapy known as CAR-T. Chiefly used in blood cancer treatment, CAR-T cells are “programmed” with antibodies to attack cancer cells. To target HIV instead, Greene partnered with Xyphos Biosciences, Inc., who were developing convertibleCAR® cells outfitted with different antibodies that give them greater flexibility in what they could target. When Greene’s lab combined convertibleCAR cells with modified “broadly neutralizing HIV antibodies,” known to target HIV-infected T cells, the results were impressive: they were able to home in on and kill infected, but not non-infected, T cells.

Viruses spread by hijacking our cellular machinery to make copies of themselves. Gladstone Senior Investigator Melanie Ott, MD, PhD, has worked extensively to understand this process, and made the important discovery that post-translational modification of an HIV protein called Tat is key to HIV’s ability to make copies of itself. “Differential Tat activity helps explain why HIV is actively replicating in some cells, and latent in others,” says Ott. “If we can control Tat, we may discover tools that enable us to turn HIV on or off in human cells.”

Nadia Roan, PhD, a visiting investigator at Gladstone and associate professor at UC San Francisco (UCSF), is also interested in how HIV changes the cells it infects, and how those changes might help scientists identify latently infected cells. “We’re using a combination of experimental and computational approaches to identify unique features associated within the latent cells,” says Roan. “These studies are helping us understand what makes latent cells different, so that we can eventually design new ways to target and eliminate them.”

Roan is also looking at HIV from other angles, like how the host environment affects the likelihood of infection and how that infection spreads. Her team found that while some regions of tissues emit antiviral factors, others can increase the ability of HIV to infect nearby CD4+ T cells. For instance, mucosal epithelial cells that line the genital and rectal tracts appear to emit antiviral factors, which help block viral infection. This can help explain why damage to mucosal cells, such as micro- abrasions to the genital or rectal tract, can make HIV infection more likely. 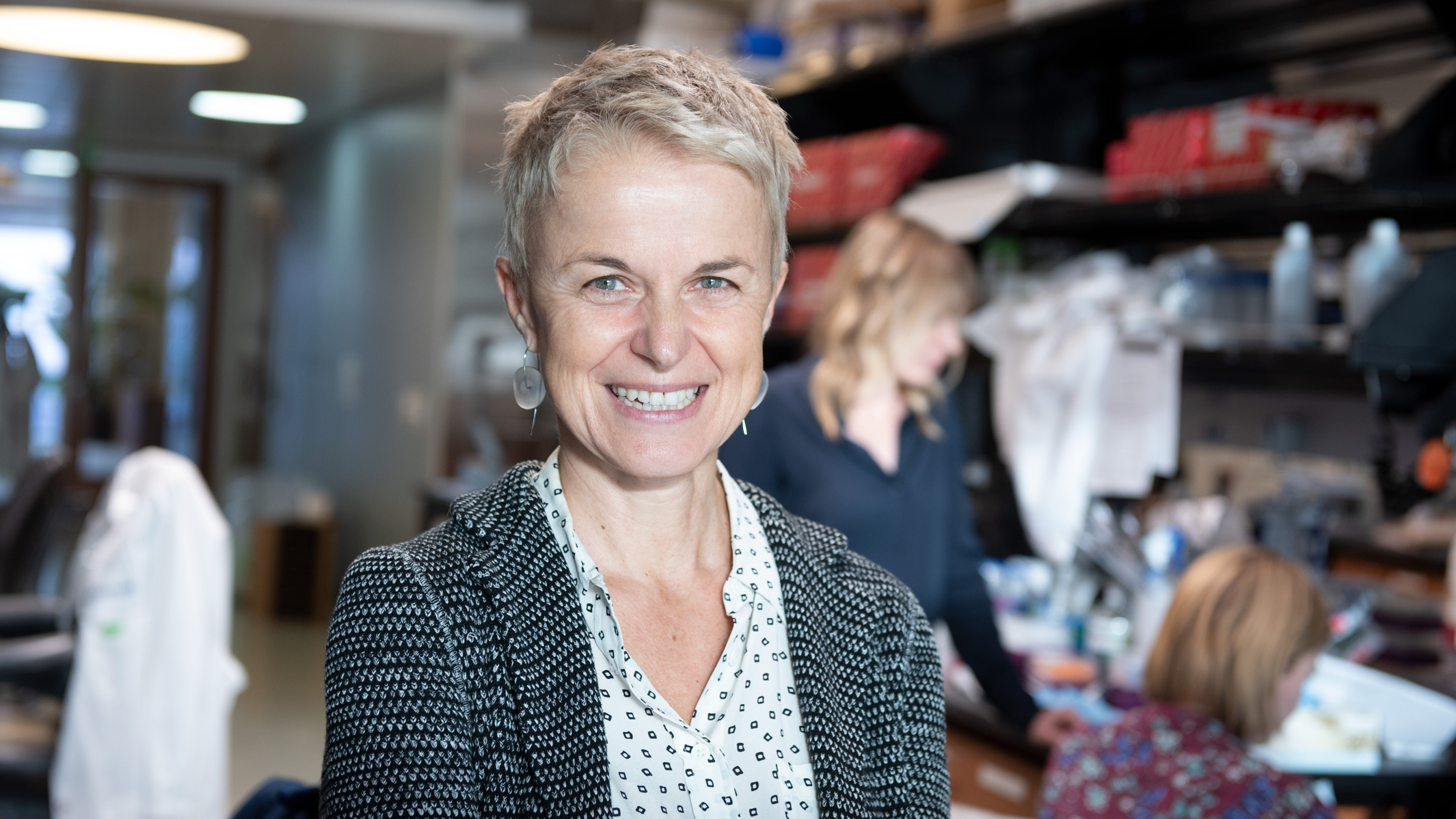 In addition to tracking the latent reservoir, Ott has recently turned her focus to developing a better HIV diagnostic using CRISPR gene editing. Although existing HIV diagnostics are perfectly effective, “To support cure trials, we need to be able to quickly detect if the latent virus is reactivating to make sure people are safe,” explains Ott. “In that way, current testing is inadequate. We really need a way to look for the virus directly, particularly in the way of at-home testing.” So, Ott has teamed up with Gladstone Senior Investigator Jennifer Doudna, who co-discovered CRISPR, and Dan Fletcher, a professor of bioengineering at Berkeley, to work on developing a home test based on CRISPR and iPhone technology.

A Medicine That Evolves

One limitation of current HIV therapies is in their implementation, especially in the parts of the world that need it most—like sub-Saharan Africa, where approximately 30 percent of the population are infected. “The statistic that really blew me away is that young girls in the Durban area of South Africa have an 80 percent chance of being infected over their lifetimes,” says Leor Weinberger, PhD, Bowes Professor and director of the Gladstone Center for Cell Circuitry. “The drugs we have today are miracles of modern medicine, but in resource-poor areas, there continue to be major challenges with deployment and adherence.”

To overcome these challenges, Weinberger is working on a new anti-viral approach called therapeutic interfering particles (TIPs). Put simply, TIPs are tiny lab-made particles that can evolve right along with a virus. Pathogens are hard to combat because they mutate and transmit from person to person. “Currently, we treat pathogens with drugs that don’t do either of these things,” says Weinberger. “If we could build therapies that have potential to do the same things as pathogens—co-evolve, even spread with pathogens—we wouldn’t have to get to every individual. TIPs would travel with the pathogen. For a long time, it was Star Wars stuff, but we’ve now built TIPs and demonstrated they work against HIV in humanized mice, a big step toward clinical implementation.”

Continuing to Lead the Way

It’s still early days for much of this research, and convertibleCAR cells, an iPhone-based diagnostic tool, and TIP therapy will each will require further development and testing before they reach patients. But in the face of an ongoing HIV epidemic, Gladstone researchers are committed to making discoveries that change our understanding of how the virus works, and finding creative ways to tackle it. “Gladstone provides a unique platform for discovery research focused on a variety of serious diseases” says Greene. “Investigators are encouraged to take chances, to color outside of the lines if you will, in search of the new insights that will propel the needed breakthroughs.