As you’re walking home after sunset, you drop your keys. It’s dark, so you can only search for them in areas where the streetlight is illuminating the ground. This same principle applies to biology, where scientists can only uncover mechanisms that are visible using existing technologies.

To broaden the scope and possible impact of science, Vijay Ramani (he/him), PhD, is designing new streetlights for biology.

“As researchers, our discoveries are ultimately defined by the tools we use to make those discoveries,” he says. “My lab is trying to come up with new ways to view biology, so that we can uncover things that were previously inaccessible.”

Ramani is now joining Gladstone Institutes as an assistant investigator. He and his team will develop new molecular tools to study gene regulation.

“Vijay is an extremely talented and creative scientist,” says Katie Pollard, PhD, director of the Gladstone Institute of Data Science and Biotechnology. “The technologies developed in his lab are already being used to study various diseases at Gladstone. We’re delighted to have such a highly innovative and collaborative colleague on board.”

Ramani is also an assistant professor in the department of biochemistry and biophysics at UC San Francisco (UCSF). A rising scientific star, he recently received a coveted NIH Director’s New Innovator Award that supports high-risk, high-reward research. In 2020, he was also selected as one of Forbes’ “30 under 30” in health care.

Ramani joins Gladstone after having spent 3 years as a Sandler Fellow at UCSF. This program provides an opportunity for exceptionally promising young researchers who recently completed their graduate studies to run their own lab, skipping the traditional step of first undertaking a years-long postdoctoral fellowship.

Today, his lab is focused on developing new technologies to understand gene regulation, or how cells interpret their DNA.

In each cell in your body, only a fraction of your genes (or segments of DNA) are active at once. The active genes produce proteins, which in turn determine the cell’s function. Gene regulation is the process by which a cell determines which genes are active, and which are inactive.

To study this complex process in millions of individual cells, many labs use a technique called single-cell analysis. Ramani began using this tool during his PhD at the University of Washington in the laboratory of single-cell biology pioneer, Jay Shendure, MD, PhD. But he soon began to hope for an even better technology.

“When I started my lab, I wanted to find new ways to effectively measure things that were previously unmeasurable,” he says. “So, my team and I started to develop tools that capture another aspect beyond the single-cell resolution: we analyze cells at the level of single molecules.” 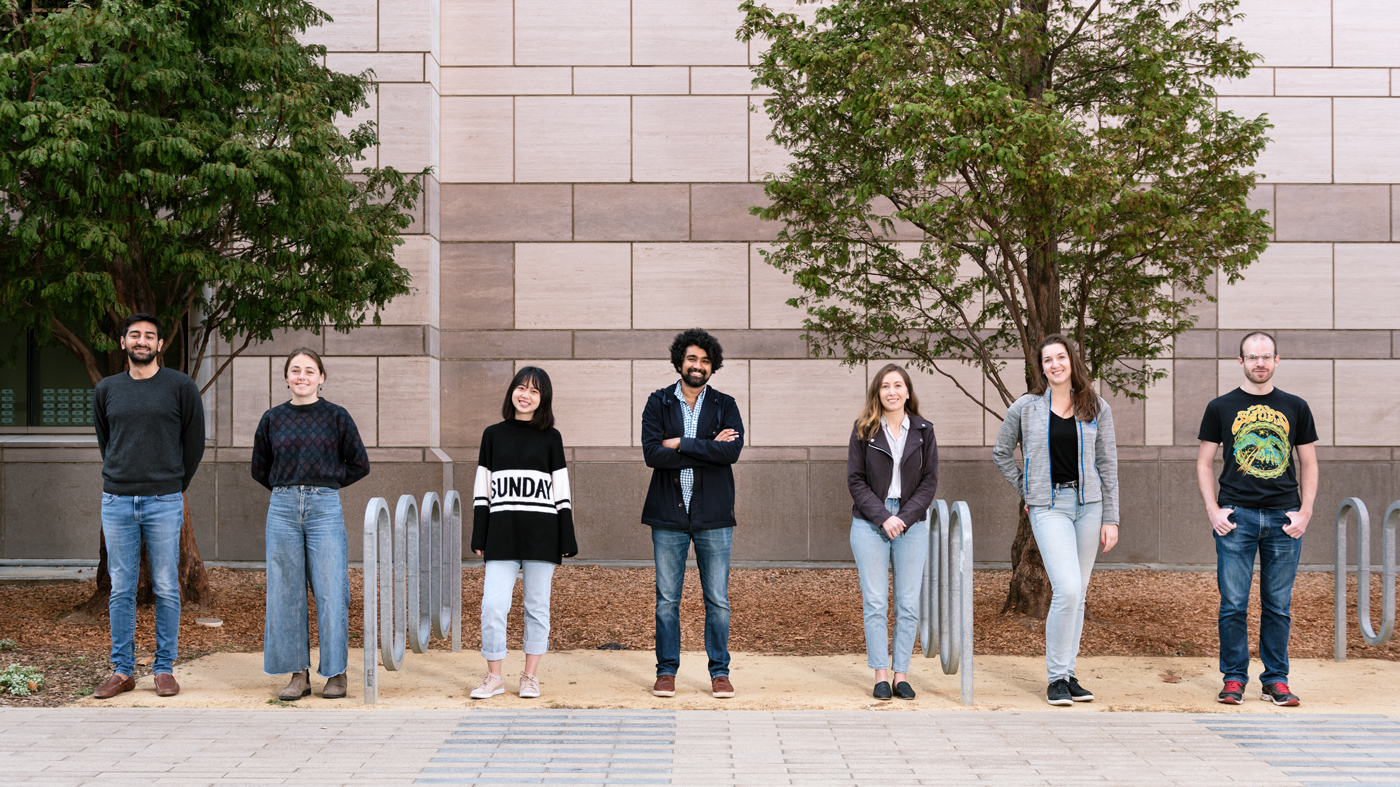 On any single strand of DNA, many molecular events are happening that dictate, for example, whether a gene might be active in bone cells or inactive in skin cells. To identify these events, scientists essentially cut the strand into pieces before running it through a machine known as a sequencer.

This method allows scientists to observe individual molecular events, but not to determine whether two events spaced far apart along the DNA strand are happening simultaneously. For this, they need to average results over many cells, and those averages aren’t necessarily an accurate representation of what happens in single cells, Ramani explains.

Instead, the single-molecule analysis used in his lab enables him to look at a long, intact strand of DNA carrying multiple molecular events, and to do so for large numbers of individual cells at once.

“We’re increasing the amount of information we can get out of a single experiment,” says Ramani. “We can also capture the context in which the molecular events occur, which ends up being really important for understanding how genes are dysregulated in disease.”

Using this technology, Ramani is developing new tools to study how genes are regulated, how DNA is packaged in the nucleus of a cell, and ultimately, how all these processes dictate whether a cell is healthy or diseased.

“You would think that we would have a better understanding of how these fundamental processes work, but in many cases, it’s still a black box of biology,” he says. “That’s why we’re passionate about uncovering this basic science—it’s such an interesting problem.”

It’s also important, he adds, to work in models that have a real chance of making an impact on our health. He has so far been focused on cancer, but will expand to other diseases through collaborations with Gladstone scientists, including cardiovascular and neurological diseases.

Ramani is also dedicated to developing methods that can be used by the entire scientific community.

“We want to develop new molecular tools that other researchers can use to discover their own new biology in their own systems,” he says.

Pushing the Limits of Technology

Given all the data generated by the single-molecule tools used in Ramani’s lab, his team needs to be trained as both wet lab biologists and dry lab biologists.

“We consider ourselves a damp lab,” he says. “Everyone needs to have computational expertise and to know how to run experiments on the bench. It makes for a pretty collaborative environment because we’re all learning from each other.”

This interest in combining disciplines started in college for Ramani. At Princeton University, he took a revolutionary course at the time that brought together chemistry, computer science, biology, and physics.

“I grew up in a household that was pretty STEM focused,” Ramani recalls. “Then in high school, I shadowed a graduate student at Rutgers University, and even submitted a paper to become a semi-finalist at an Intel Science Talent Search competition. That gave me some introduction to research.”

Before his PhD, to confirm he truly wanted a career in science, he worked as a research intern at a biotechnology company called Sangamo Biosciences, one of the places where genome editing was pioneered. Working in their technology group got him excited about the potential of genomics, and motivated him to go to graduate school.

“I wanted to try something completely different and think of new measurement technologies,” says Ramani. “I had great mentors as a graduate student who were real pioneers in the study of gene regulation, and they encouraged me to keep thinking big and continue to develop methods, so that got me on my current path.” 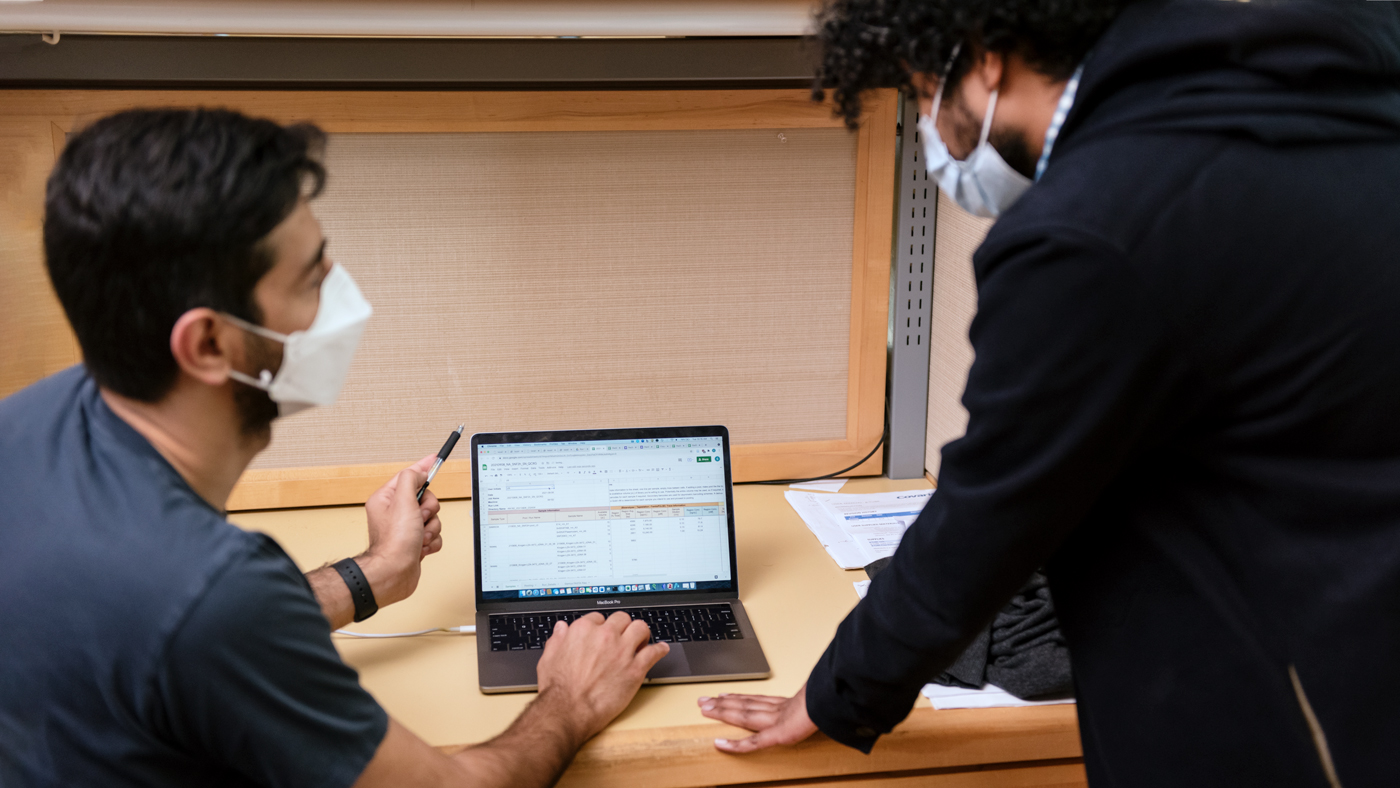 And that path is now taking him to Gladstone, across the street from his previous lab at UCSF’s Mission Bay campus.

“Gladstone is equally focused on basic science and on translating that science, and finds ways to support both,” says Ramani. “I’m thrilled to join a group of spectacular scientists at the forefront of their field and with world-leading computational expertise. It seems like a perfect place for us, as technologists, to come in and really make a big impact.”

At the end of the day, what continues to motivate Ramani is the challenge of finding better ways to solve outstanding scientific puzzles.

“I wake up in the morning thinking about the limitations in our measurement of science, and I try to figure out, ‘How can we measure X?’,” he says. “Of course, that’s tightly linked to why we should measure ‘X’ in the first place, so we spend a lot of time in the lab discussing why something is still an outstanding question. I think that really excites me, and I hope to get the trainees super excited about it as well.”

Vijay Ramani, PhD, is an assistant investigator at Gladstone Institutes and an assistant professor of biochemistry and biophysics at UC San Francisco (UCSF).

Prior to joining Gladstone, he was a Sandler Faculty Fellow at UCSF. Ramani holds a bachelor’s of science and engineering from Princeton University, and a PhD in genome sciences from the University of Washington, where he trained under Jay Shendure, MD, PhD.

Ramani received a 2021 NIH Director’s New Innovator Award that supports high-risk, high-reward research. He was also selected as one of Forbes’ “30 under 30” in health care in 2020. 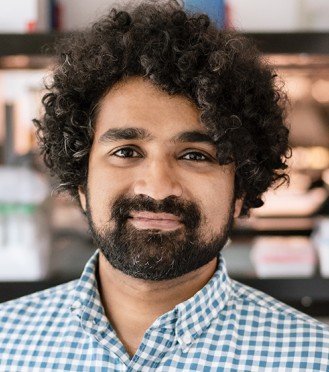 Determining Genetic Risk for the Forgotten

Non-profit and business leaders join the advisory board