Published today in Nature Neuroscience, the findings suggest that astrocytes—star-shaped cells that are abundant in the brain and support neuronal function—are important regulators of information storage, and their dysfunction might lead to memory decline in disease.

“Our findings have provided us not only with a new perspective on the role of astrocytes in cognition, but also with an exciting drug target to enhance memory and maybe even stave off memory decline in Alzheimer’s disease,” says senior author Lennart Mucke, MD, director of the Gladstone Institute of Neurological Disease and professor of neurology and neuroscience at the University of California, San Francisco. “Next, we will explore the therapeutic implications of our discovery by repurposing available drugs that block these adenosine receptors and are well tolerated in humans.”

The researchers focused on astrocytes after their initial finding that patients with Alzheimer’s disease have unusually high numbers of adenosine receptors in these cells. However, whether this increase was linked to cognitive ability was unknown.

To solve this mystery, the scientists generated mice with normal or reduced levels of A2A receptors in astrocytes and compared them on tests of learning and memory. While the mice showed no differences in learning, those that had fewer adenosine receptors performed better on tests of long-term memory. Moreover, reducing the number of receptors improved memory in older mice that often have memory deficits.

Taking this one step further, the researchers performed the same experiments in a mouse model of Alzheimer’s disease to see if these astrocytic adenosine receptors were also involved in memory loss associated with the disease. Once again, decreasing the number of receptors improved memory, even in the presence of amyloid plaques characteristic of Alzheimer’s.

The scientists say that they were surprised the effect of manipulating astrocytes was restricted to long-term memory with no changes occurring in learning or general behaviors. “Given the many roles of astrocytes in the brain, one might expect a global disruption of brain function,” says lead author Anna Orr, PhD, a staff scientist at Gladstone. “Instead, we see a very specific effect on memory retention.”

The researchers confirmed their findings by repeating some of the experiments using chemical manipulations of astrocyte receptor activity instead of relying on permanent genetic changes. Importantly, this suggests that it may be possible to improve memory and treat Alzheimer’s disease using a drug that targets these receptors. Additionally, the current study provides support for other research suggesting that caffeine (whose main target is adenosine receptors) may improve normal memory function or even prevent Alzheimer’s symptoms in older adults. The scientists say the next step is to test several currently available drugs that more specifically block the A2A receptors for their memory enhancing potential. These efforts could culminate in a repurposing trial in humans.

Funding was provided by the National Institutes of Health, the MetLife Foundation, and the National Center for Research Resources. 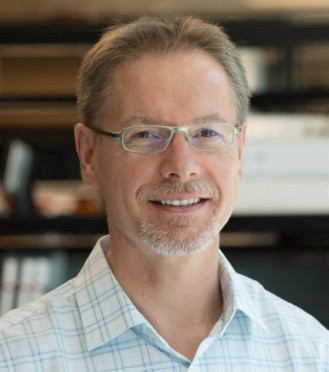 Randi Mott was born in New Jersey but grew up in Florida. She has an extensive orchid collection and would like to meet Austrian zoologist Paul Pfurtscheller

Leading the Way to Better Treatments for People with Epilepsy