Linda Mahley fosters a fun and encouraging environment in her English as a Second Language courses at Gladstone. [Photo: Chris Goodfellow, Gladstone Institutes]

The Gladstone Institutes values its diverse community of international scientists and administrative staff who come from many cultural backgrounds. Each of these cultures is intertwined with a unique language that serves as more than just a means of communication. It is a verbal expression of their customs and values.

English is the primary language in the sciences. Yet, other languages influence how English is communicated across cultures in the workplace, which can be challenging for a team of people who have learned English with their own cultural influences. The English as a Second Language (ESL) course helps scientists to practice their English.

Linda Mahley established the ESL course after returning from Turkey, where she was working with her husband on the Turkish Heart Study. While there, Linda learned that her Turkish colleagues desperately wanted to learn English.

“I was surprised that even though I could speak English, I couldn’t teach my own language,” said Mahley. “I really wanted to help my colleagues, so I was accepted into the graduate level course in TESL (Teaching English as a Second Language) at the University of California at Berkeley to become certified to teach ESL.

After receiving her certification in 1990, she started teaching English to her laboratory colleagues at the American Hospital in Istanbul. In 1996, she began tutoring trainees at Gladstone, and she quickly realized that Gladstone sorely needed a full-blown ESL program.

“English is the most difficult language to learn, and it has the largest vocabulary in the world,” said Mahley. “I realized that, at Gladstone, we needed to focus the same attention on helping our scientists, trainees, and staff who are facing the same challenges with English as my Turkish colleagues.”

In 1998, she started a pilot program to teach ESL at Gladstone, which has continued for more than 17 years. Even though each class is limited to 12 students, more than 278 students of 30 different languages have participated in Gladstone’s ESL courses.

During that time, Mahley has conducted a number of different classes, including “Idioms for Everyday Use” and “Business Communication.” All of the ESL courses are taught in English, which encourages the students to think in English without first translating it to one’s primary language. They focus on the basics of reading, writing, speaking, and listening in English in every class so that they consistently receive a well-rounded exposure. The most recurrent courses are “Clear Speech” and “Discovering Fiction.”

In “Clear Speech,” the class centers on a book written by Mahley’s professor at UC Berkeley. This class is geared for students new to the ESL courses, but students can repeat the course as many times as they wish. In the class, the students practice watching their faces in the mirror as they speak. This helps them learn which muscles in their faces help them correctly pronounce words. For example, they can more easily make the “ee” sound (as in “sleep”) if they smile, which is why Americans say “cheese” when posing for pictures. Some of the students have said that this class is both a mental and physical exercise, because their faces are often sore after the class. Another important aspect of “Clear Speech” is that the students learn the “music of English”—the different tones and inflections that help make English a romantic language. To help the students learn how to express this “music,” Mahley has them play the kazoo while reading along a sentence.

In “Discovering Fiction,” the students build on the “Clear Speech” class by reading and discussing short stories written by American authors such as O. Henry, Ernest Hemingway, and Langston Hughes. In this class, the students read short passages aloud and review any challenges they face with pronunciation, idioms, or vocabulary. Then, the class discusses what the passage means and why the author chose to use certain words and culture-bound expressions.

“Reading fiction gives us a glimpse into the intertwined relationship between American culture and the English language,” said Mahley. “Most importantly, it helps to teach them how to learn regional differences in American culture across the United States.”

Linda also celebrates American cultures with the students. For example, in one of her classes, she taught the students about Halloween, and they celebrated by carving pumpkins. In another class, she taught them about the first Thanksgiving, and then she shared a pumpkin pie with them.

The most notable quality of the ESL class is the safe learning environment that Linda fosters. She strives to build trust by creating a comfortable atmosphere for the students, which is why the class sizes are kept small.

While employees of Gladstone have most greatly benefited from the ESL classes, the course welcomes spouses of employees and also students from the University of California, San Francisco, if space allows. The classes are held year-round, each running for two evening hours a week for nine to twelve weeks. Interested students must undergo an interview and listening test before joining a course.

“Teaching these courses has really enriched my life and my understanding of other cultures,” Mahley commented. “I love the tremendous impact it has on the lives of the students who participate. Their confidence grows continuously as they learn to speak and listen more accurately.”

The following photos were taken during the latest set of ESL classes. 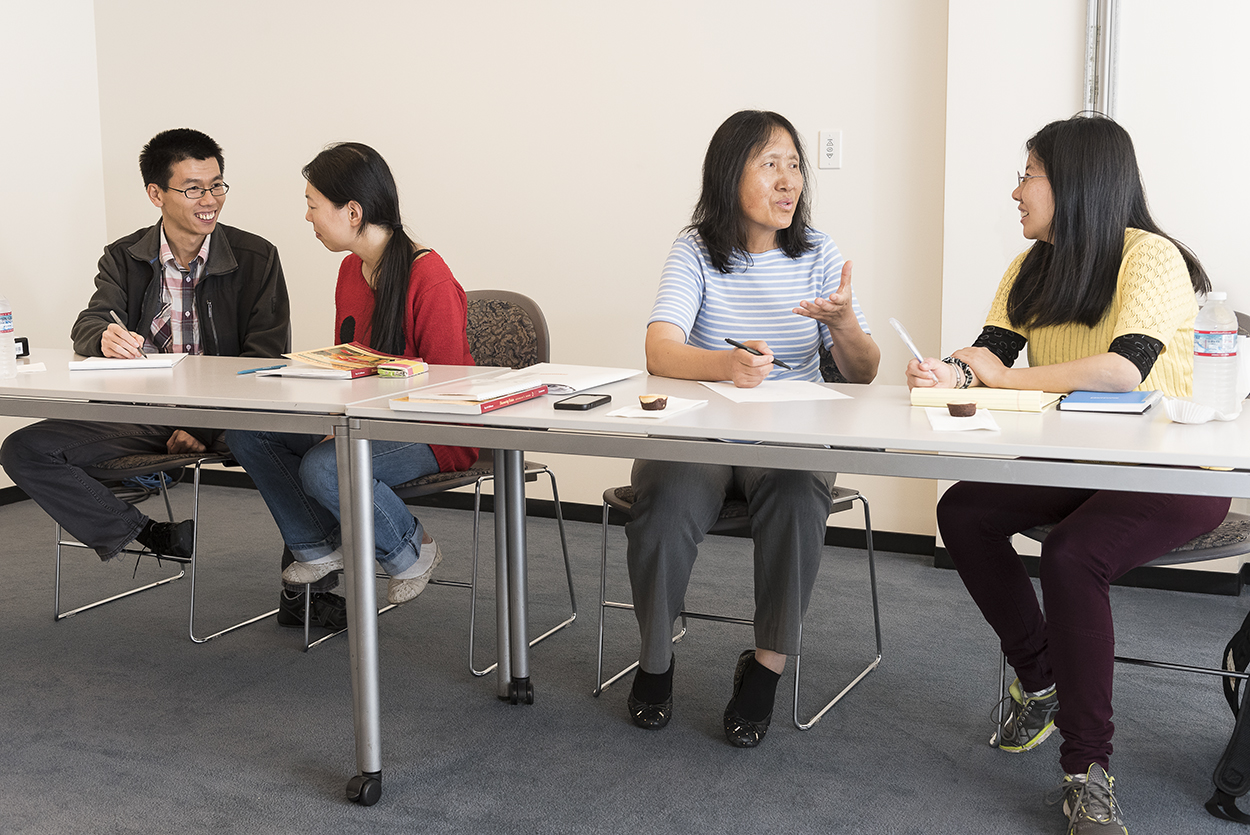 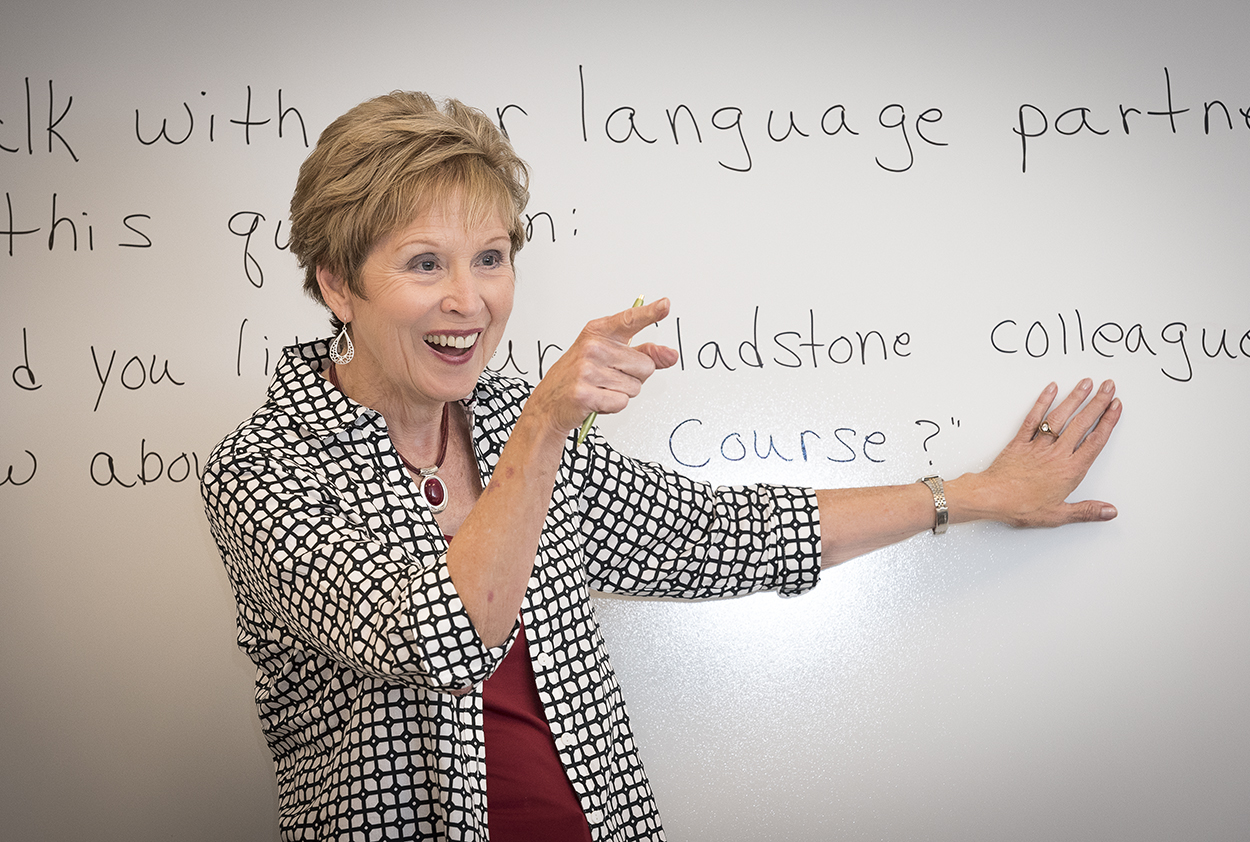 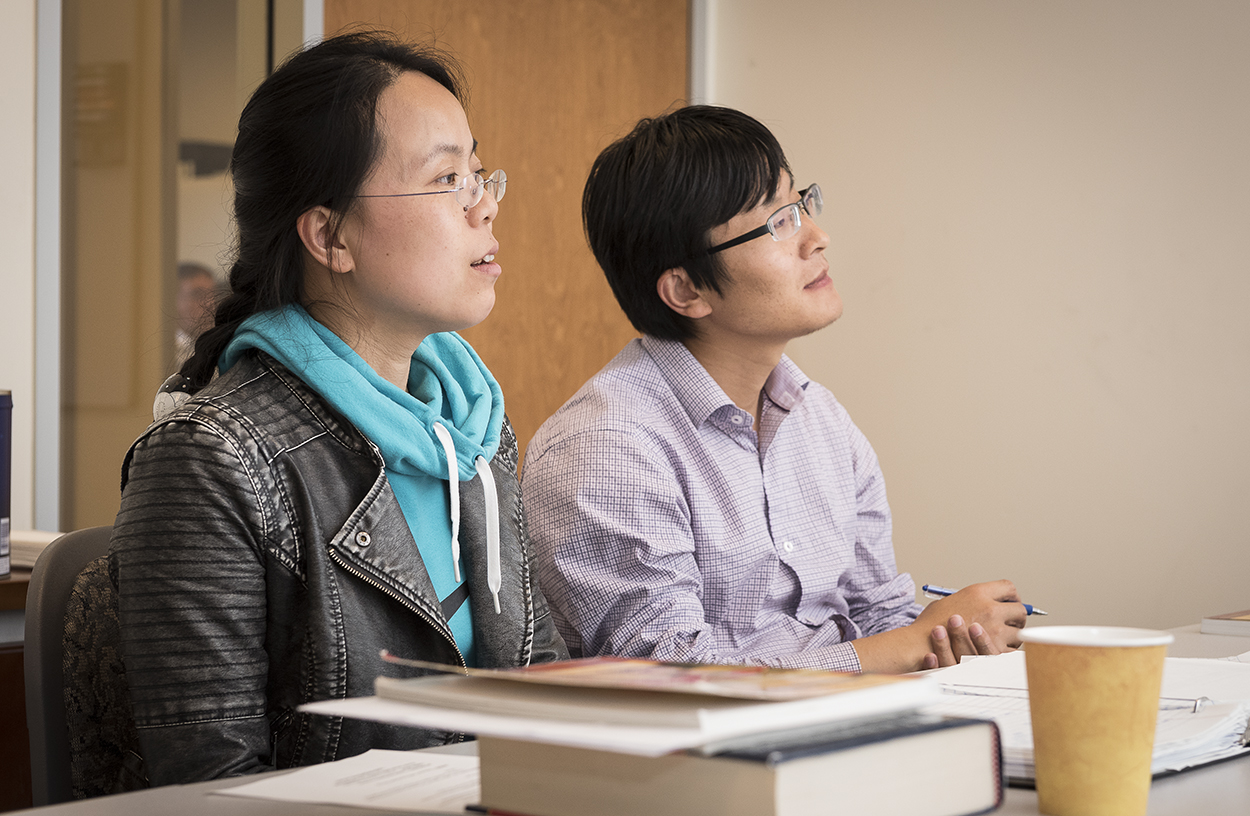 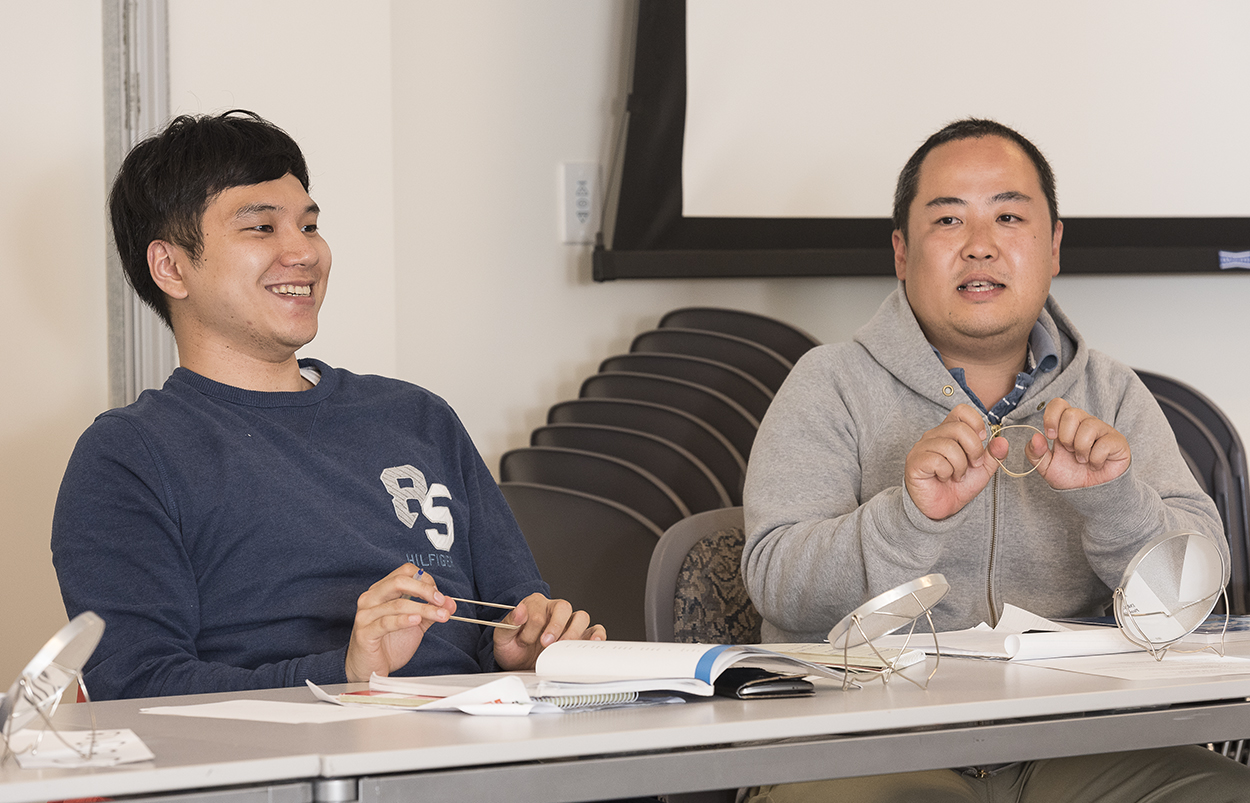 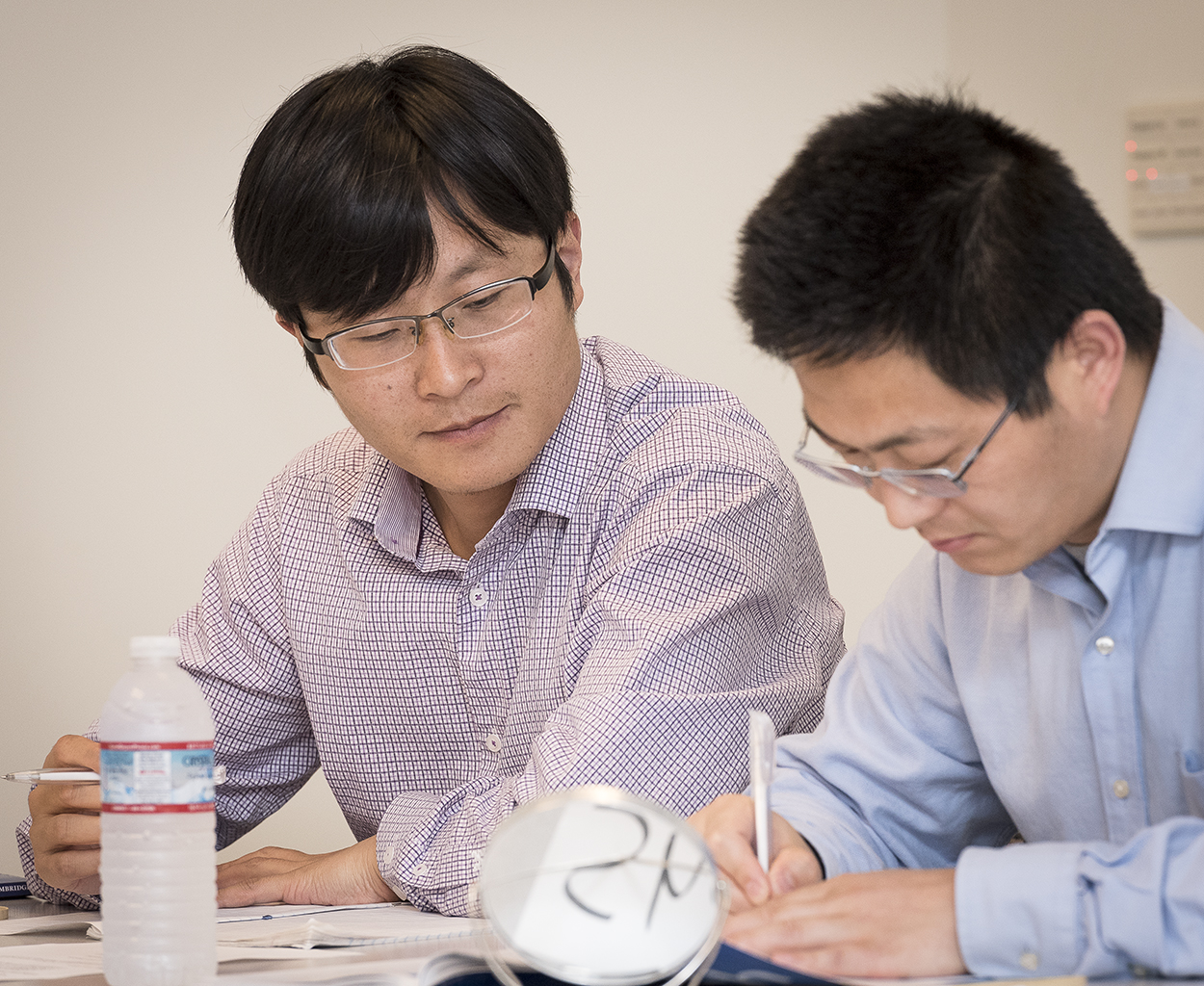 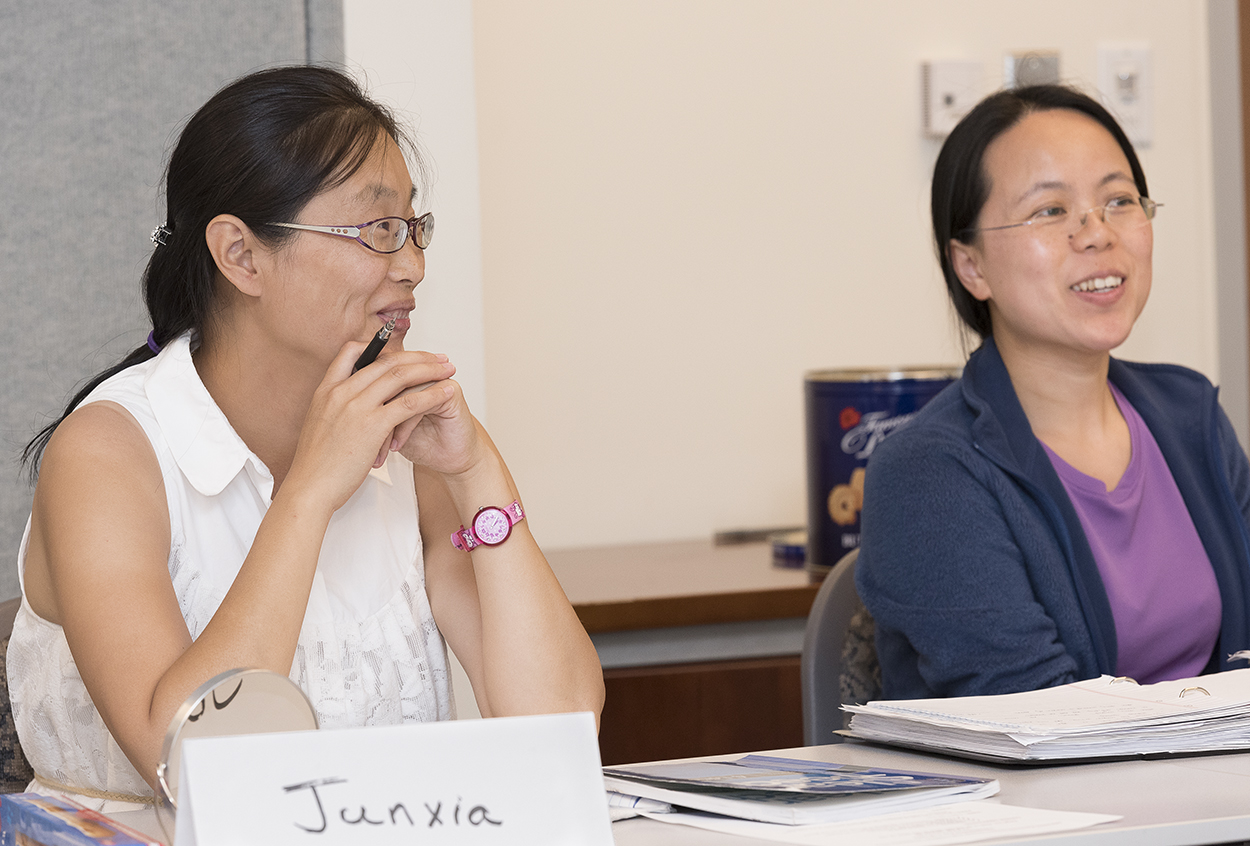