Todd McDevitt’s research focuses on engineering technologies to direct the differentiation and organization of stem cells to create functional tissues. His team is creating models of human tissues that can be used to study embryonic development and develop new approaches to treat diseases that afflict the cardiovascular, neurological, and immunological systems. McDevitt’s group was the first to show they could create a new type of spinal cord neuron from human pluripotent stem cells that might be useful to treat spinal cord injuries. They are now examining the therapeutic potential of these cells in animal models and developing novel organoid models of the central nervous system. 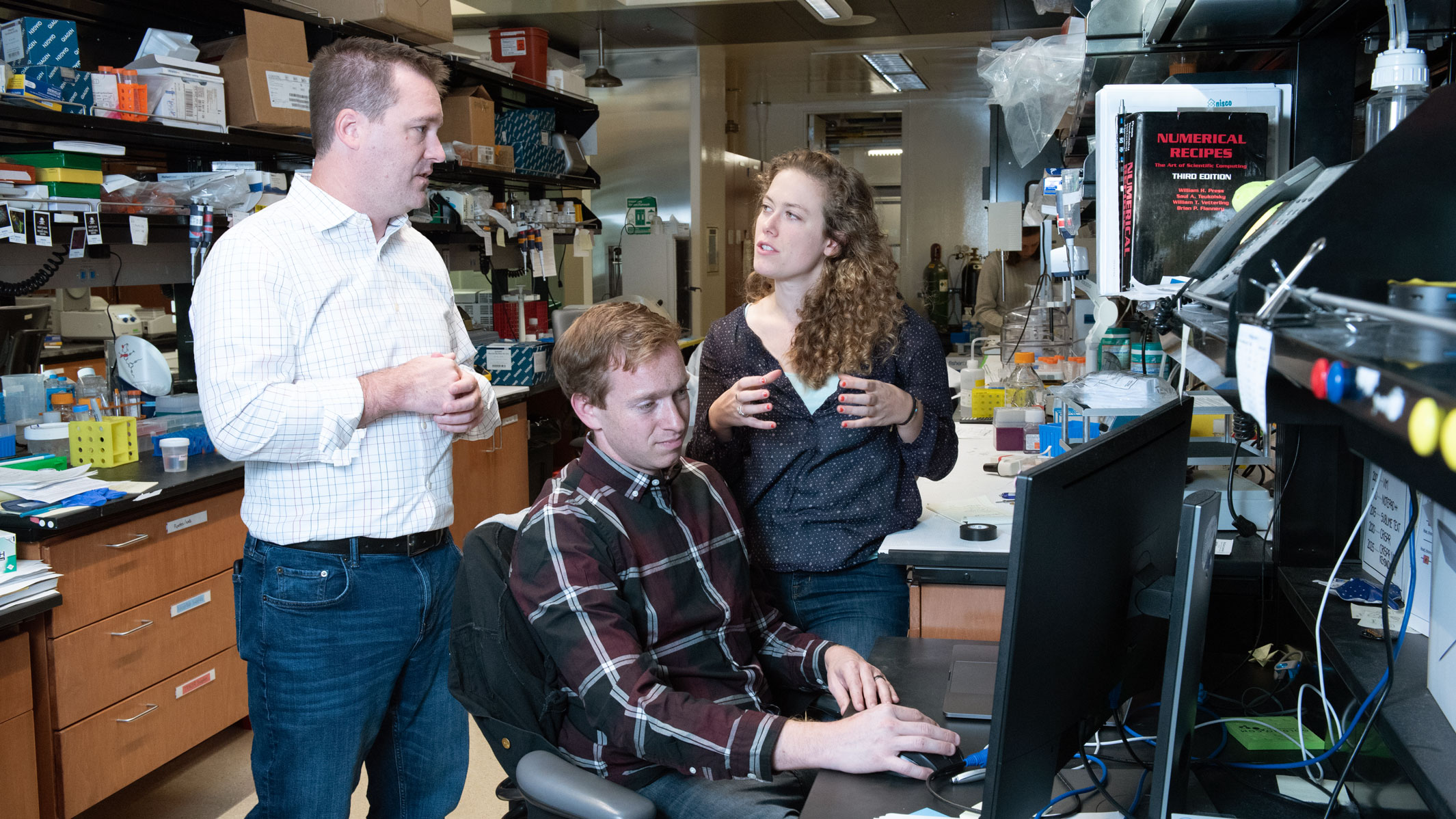 McDevitt’s lab uses a bottom-up approach to understand how cells cooperatively interact to form complex tissues and dictate multicellular organization and subsequent physiologic function. They have developed systems to achieve spatiotemporal control of morphogen presentation from biomaterials incorporated within 3D environments of stem cell aggregates, and established 3D computational models of stem cell differentiation and morphogenesis. More recently, they have also used CRISPR-based technologies to engineer multicellular organization of stem cells in a self-directed manner. The group has a long-standing interest in harnessing the potency of molecules produced by pluripotent stem cells in different manners for regenerative and rejuvenative applications.

McDevitt graduated with a bachelor’s degree in biomedical and electrical engineering from Duke University. He earned a PhD in bioengineering from the University of Washington, where he worked on methods to engineer cardiac and skeletal muscle tissue. He then completed a postdoctoral fellowship in the Department of Pathology at the University of Washington, in which he studied signaling pathways that affect the proliferation of cardiomyocytes derived from pluripotent stem cells. He has received several awards, including a New Investigator Award from the American Heart Association, and a Young Investigator Award from the Society for Biomaterials, and was inducted into the American Institute of Medical and Biological Engineering College of Fellows in 2014.

“My initial interest in science was sparked by my AP chemistry teacher, Lee Marek, in high school.”

2011 “Above and Beyond” (Eagle) Award, Georgia Tech Biomedical Engineering Society